If you’re looking to make a positive impact, look no further than this reading list for changemakers.

When I started the Invest for Good platform in 2019, it was with the intention of highlighting the good in the world. I have profiled a range of changemakers driven by the triple bottom line: people, planet and profit. Some have suggested books that have inspired them on their journey, others have written books themselves.

I have pulled together this reading list for impact investors and social entrepreneurs, two groups who have appeared on this platform and have shared their insights, strategies and expertise. However, anyone can learn something from these books and use the experience of others to help guide them. Perhaps it will inspire you to make a positive impact on your community. Big actions and movements often start small. 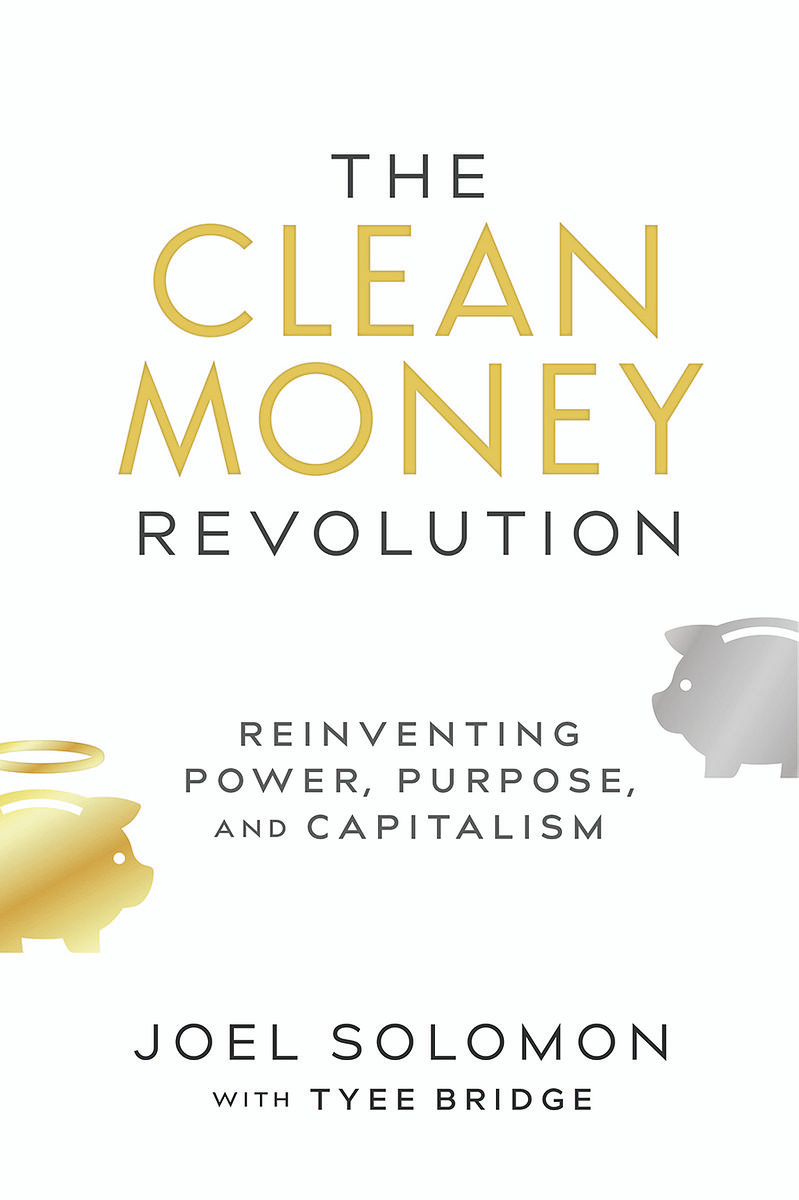 I spoke to Joel Solomon back in January 2020, when he told Invest for Good about how money, finance and business could be powerful tools for doing good in the world. Joel is a passionate entrepreneur and impact investor committed to solving some of the world’s biggest problems. In his book he explains how “business as usual” is no longer going to cut and that we need a radical reimagining of capitalism.

He told me: “Our name is on our money. We have some responsibility for that and we should learn more about it. We are the ancestors of the next generations and we are building the world right now. Can we leave them an even better place to be, an even better society, after we’re gone?”

This is a book for anyone who wants to answer yes to that question. 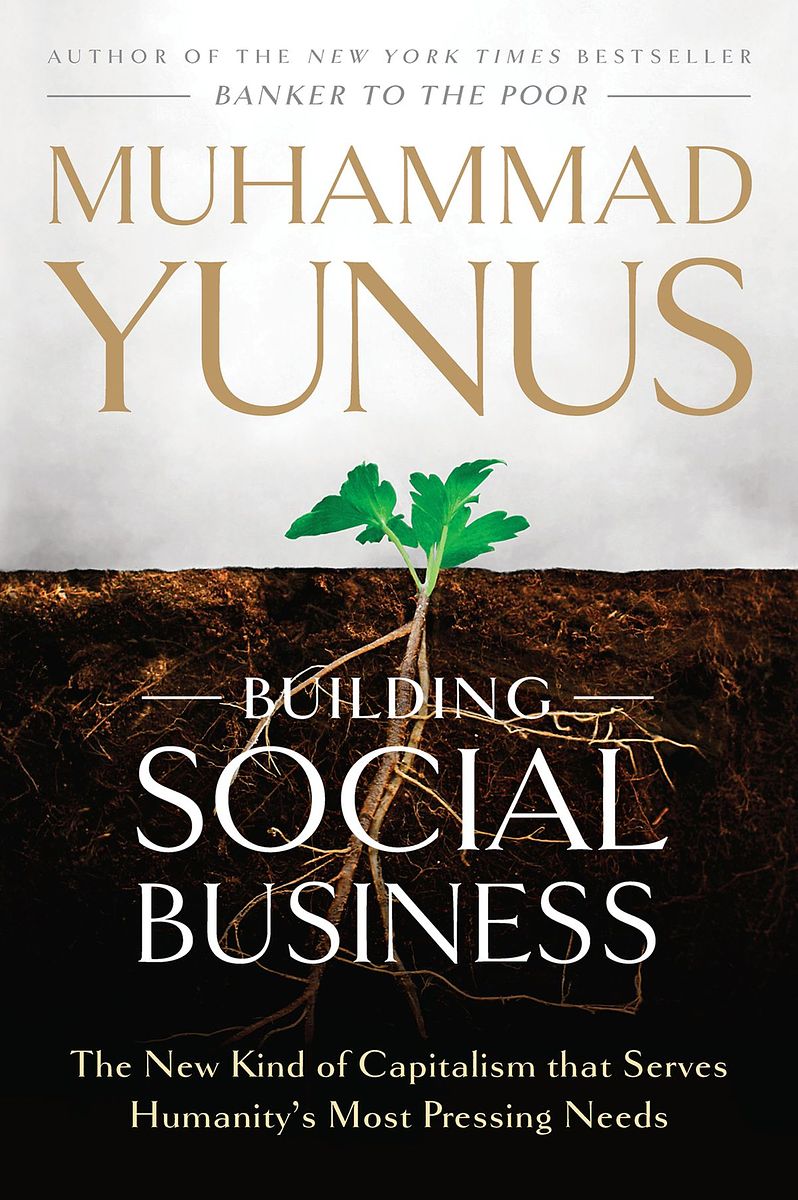 A pioneer of the microfinance world, Muhammad Yunus won a Nobel Peace Prize in 2006 for establishing the Grameen Bank in Bangladesh in 1983. It was his belief that having access to credit is a fundamental right. He started loaning money in small increments to people who were shut out of traditional banking, on repayment terms that would suit them. It proved to be enormously successful. This model of microlending is now worldwide and has spawned many copies.

Building Social Business reflects on whether the financial system we have built is working for the majority or whether we need to rethink capitalism so that it doesn’t leave huge groups of people behind. His book examines the social business model and questions whether it can address systemic problems worldwide and help harness the entrepreneurial spirit.

Muhammad’s example continues to inspire many young entrepreneurs. In fact, he was a mentor to Jessica Jackley, who only recently spoke to Invest for Good about her latest venture Alltruists, a subscription box service that builds empathy in young people. 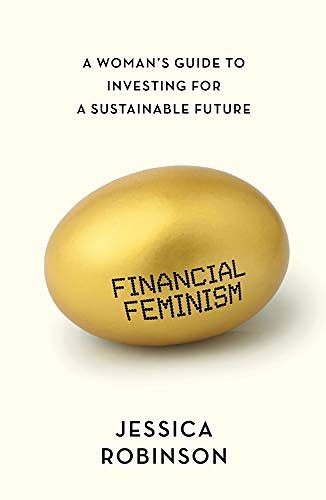 The author wants women to be able to go to their bank or meet with their financial advisor and confidently talk about their investment goals without being patronised or fed misinformation.

I asked Jessica what her hopes were for this book and she said it was to truly empower women to take the next step. “And then I want to encourage these women to help spread the word, have profound conversations about the future of money and what it can mean for us,” she added. “This ‘call to action’ is really important to me because this is when talk becomes a movement.” 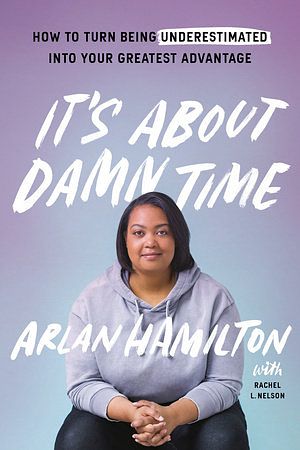 Arlan Hamilton is an incredible success story, an example of what happens when you have grit, determination and resilience. She’s the founder and managing partner of Backstage Capital, a venture capital fund that invests in people who are underrepresented - women, people of colour and those from the LGBT community. It’s an idea to which she was committed, but it was hard to convince others of her vision.

A former music coordinator, Arlan spent time living homeless and endured rejection after rejection. Her fortunes changed around when an angel investor wrote her a cheque for $25,000. Arlan’s business book chronicles how she went from being penniless to running a fund worth millions.

I spoke to Arlan at the cusp of her book’s publication in 2020. She told Invest for Good that she wanted It’s About Damn Time to inspire someone to do great things, even when those things seemed impossible. “That’s the entire reason, not only for writing the book, but for the process of the last eight or nine years,” she said. This is one for the fighter in all of us. 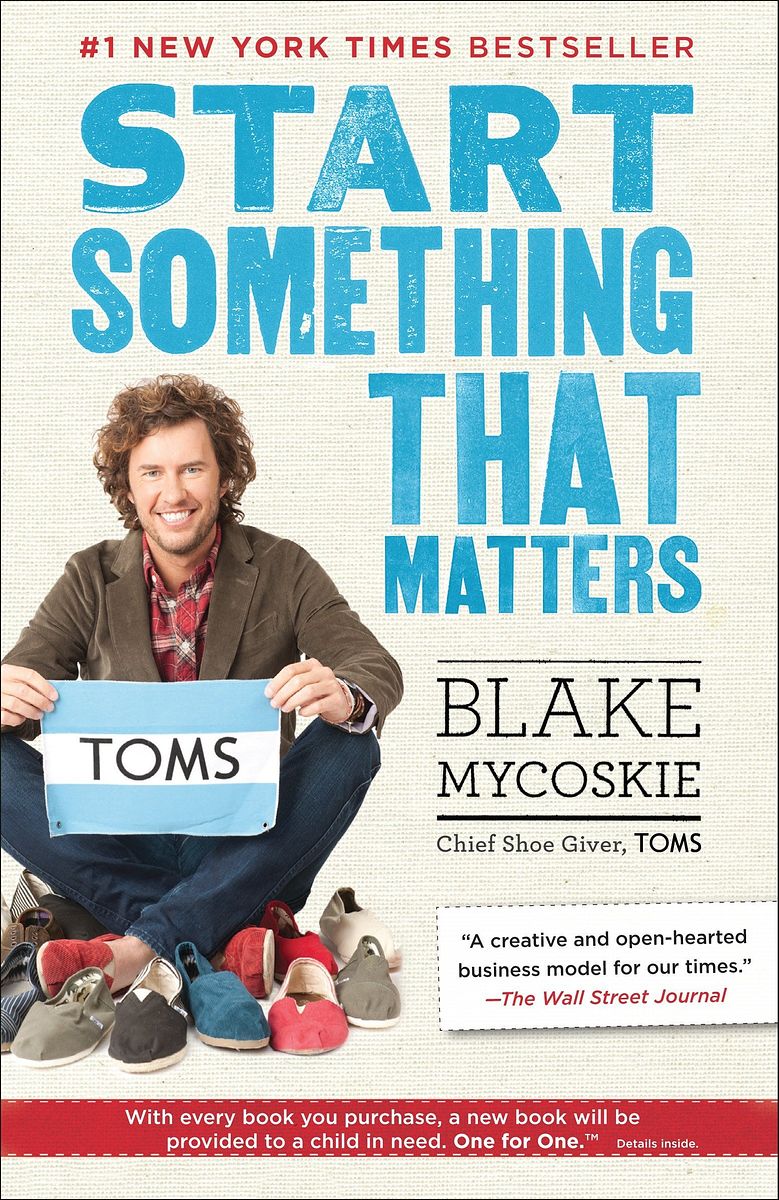 5 - Start Something That Matters, by Blake Mycoskie

It’s likely you will know some of Blake’s story. He is the founder of Toms, the shoe company that aims to have a positive impact on the planet and on people. Blake will forever be associated with the One-for-One model he pioneered at Toms. He made a promise to customers: buy a pair of shoes and Toms will donate another to a child who needs it. It’s a promise that saw the company’s fortunes skyrocket for a time. Today, the company donates ⅓ of its profits to “grassroots good”, with an aim to support people who are working to create a more equitable and just world.

Start Something That Matters will appeal to any entrepreneur looking to build a company with purpose. It tells the story that led to the founding of Toms - a trip through Argentina. It was while travelling that Blake met children who were too poor to afford proper shoes. The young entrepreneur knew he wanted to do something to help. Employing the talents of a local shoemaker, he started a for-profit business model that would benefit the people he’d met. In his book, he mixes business advice with personal anecdotes and details the six principles that have guided his vision at Toms. 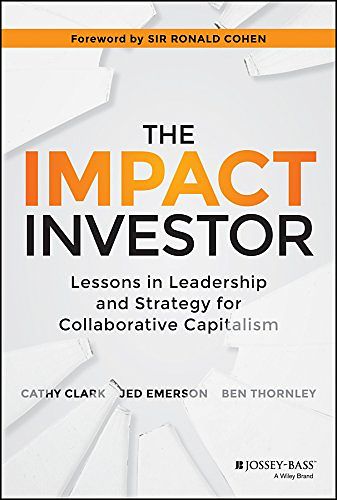 Can your money change the world? The answer is a resounding yes. The authors are all leaders in the impact investing space; they offer multiple examples and case studies which prove that there doesn’t have to be a tradeoff between doing well financially and doing good in the world. The book reveals what kinds of investments can be profitable and has plenty of strategies for novice investors and business students through to professional asset managers. Aimed at a wide audience, this book can serve as both a valuable resource and a reminder for why impact investing has gone mainstream. 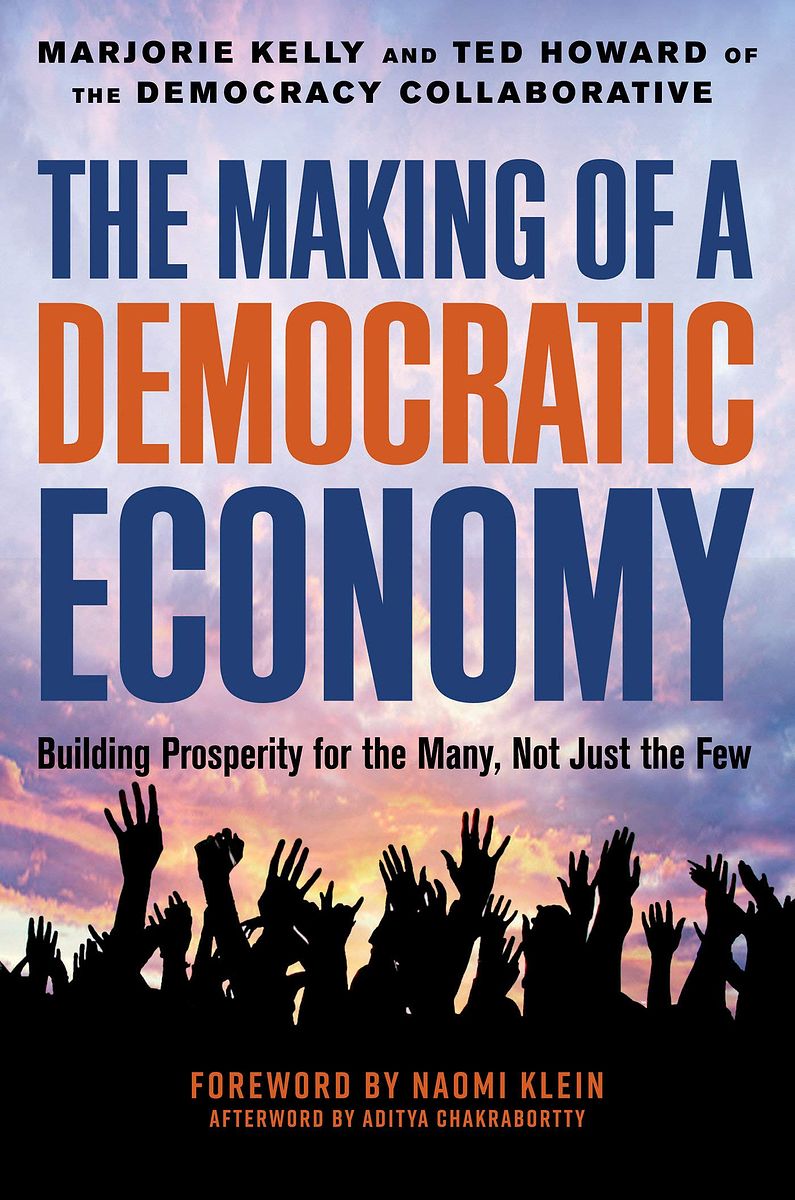 7 - The Making of a Democratic Economy, by Marjorie Kelly and Ted Howard

There’s an extraordinary fact in this book: 71% of Americans believe the economic system is rigged against them. But what is the alternative? It’s a question at the heart of this book, written by two people who have spent a lifetime exploring an answer. Both Marjorie Kelly and Ted Howard are executives at The Democracy Collaborative, a research and development lab for a democratic economy. So what is a democratic economy? It ensures that assets are broadly held, that we invest in people and community and that profit is the result of our efforts, not the primary aim.

Using real-world models and concrete stories, the book sets out the path towards an equitable and ecologically sustainable future. Marjorie spoke to me in 2020, shortly after this book had been published. She said: “A democratic economy is not a pie-in-the-sky idea as much as it may sound like that. It’s actually being built by thousands of people the world over and is highly developed already.” 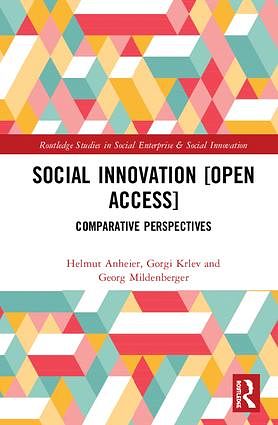 If you’re more academic and would like to explore the latest thinking on what it means to have a positive impact, then Social Innovation is a good place to start. Written by leaders in their fields - professors and researchers at leading universities - the book looks at how we can use innovation to address societal problems. Who is best positioned to produce social innovation, to outperform private business and state agencies?

One of the authors, Gorgi Krelv, spoke to Invest for Good earlier this year. He is the lead developer and project director of a course aimed at social entrepreneurs looking to make connections with impact investors. He’s also an award-winning researcher in measuring social impact. “When you think about the sizable investments that some of these investors make, I think they do bear a responsibility to monitor and show [their] impact - and it shouldn’t be an exercise that you just do for the sake of it,” he said at the time of our interview.

Gorgi also recommends Social Finance, by Alex Nicholls and Rob Patton, edited by Jed Emerson. This will give a comprehensive overview of this multibillion-dollar market, written by leading academics and practitioners. 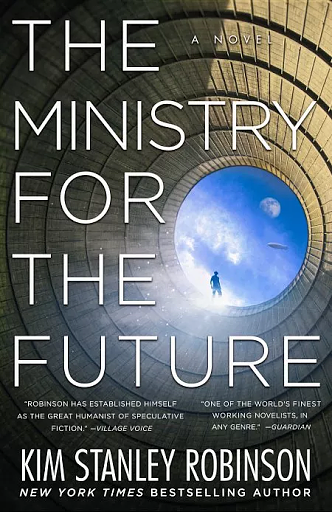 9 - The Ministry for the Future, by Kim Stanley Robinson

Because summer is about escape and good stories, I thought one book on this list should be fiction. While it’s not strictly written for either entrepreneurs or impact investors, this novel from a bestselling author explores the disastrous effects of climate change through entirely fictional eyewitness accounts. In chilling detail, it sets out what might happen if we don’t take action now to save our planet.

This book comes highly recommended by a past Invest for Good interviewee. Betsy Moszeter is the Chief Operating Officer of Green Alpha Advisors, an asset manager working towards a brighter future. Of her recommendation, she said: “In a truly multi-dimensional way, this book dives into the climate disaster reality that we are already beginning to face and will likely face at increasingly alarming levels in the not-too-distant future.”

If something spurs us to make changes, even if only in our immediate circle, perhaps this is it.