Finance hasn’t always been inclusive and change has been a long time coming, argues the head of an investment firm.

For approximately 30 years, Dr. Gillian Marcelle has seen barriers and bottlenecks in global finance that have kept it from being the powerhouse it can be in solving social injustices and persistent problems such as climate change and inequity. She’s determined to shake things up. By using her influential voice, expertise and network, Gillian is championing finance that enables people to reach their full potential. Like anyone who is working for large-scale systems change, the road is not an easy one.

“Late-stage capitalism has failed,” Gillian says from Washington D.C. Too much wealth is concentrated with only a handful of people, she adds, while a significant percentage of workers in the United States don’t have formal job contracts. These people’s livelihoods were especially at risk during the pandemic, vulnerable to forces out of their control without much economic recourse.

Precise numbers are hard to come by but the Bureau of Labor Statistics has conducted surveys suggesting that 36% of the workforce is engaged in independent, freelance or gig work. During the Covid-19 crisis, many didn’t know if they’d be able to put food on the table, until the U.S. government intervened with stimulus packages and extra unemployment benefits.

For this reason, Gillian has founded Resilience Capital Ventures, a boutique capital advisory firm. It helps clients mobilise capital including from non-traditional sources and works with them to find investment opportunities in places often overlooked, such as the Caribbean, marginalised communities and emerging markets. “Our vision is about contributing to changing the world so that it provides an enabling environment for humans to thrive,” the founder says. 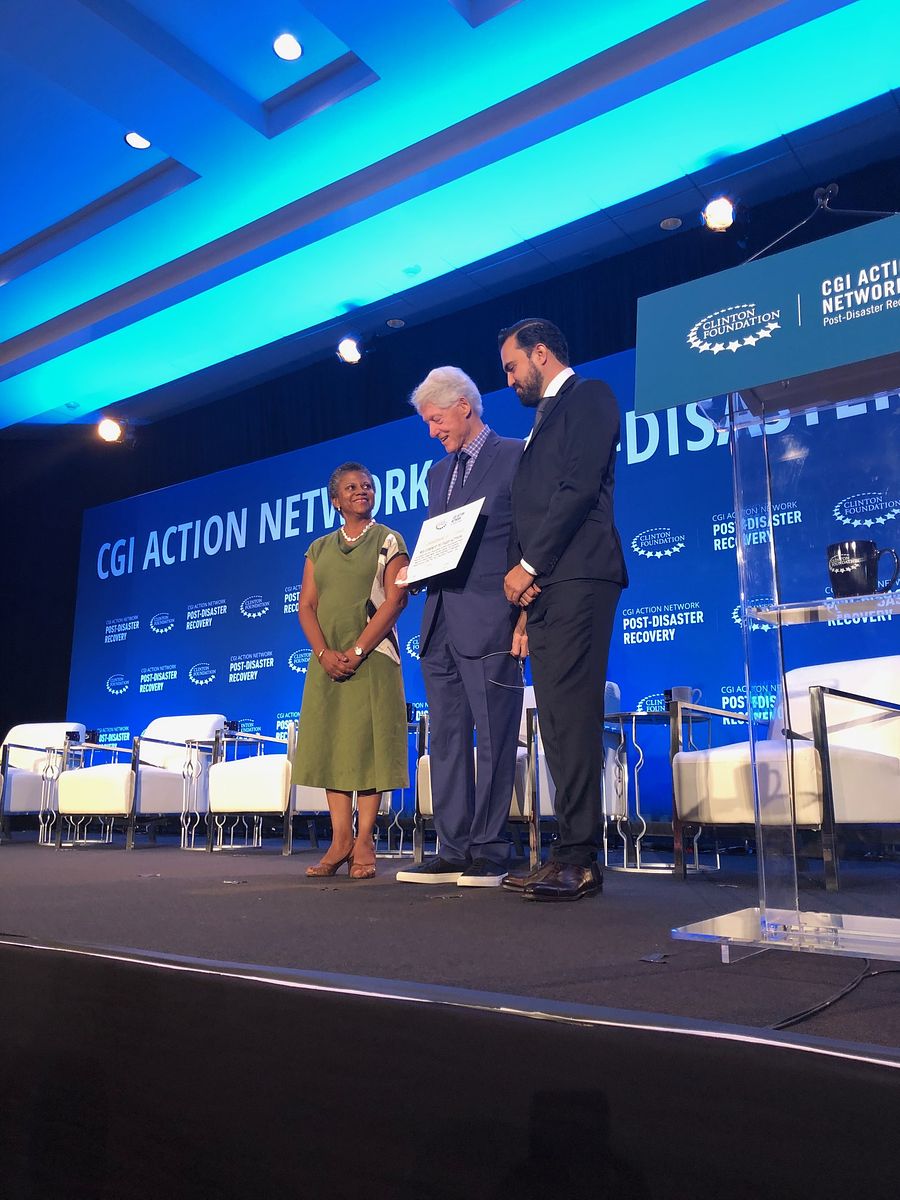 Clean energy for the Caribbean

It has only been three years since the firm was founded, but already the team is working with big clients looking to put money to work where it is most needed. RCV’s first and biggest client, MPC Capital, is raising a $200m fund to bring clean energy to the Caribbean.

In March last year, the investment management firm pledged to bolster the clean energy revolution in the Caribbean by attracting American impact investors. The money will be used for 15 renewable infrastructure projects with an aim to reduce the region’s reliance on fossil fuel imports.

Resilience Capital Ventures was able to mobilise significant capital from the credit union movement in Trinidad and Tobago for MPC Capital’s climate-led fund. It’s a source of investment, Gillian explains, that her client wouldn’t have thought to tap into. “It’s a good example of why the world should really be drawing on different forms of capital to rethink what we now call blended finance,” she argues.

“We should be drawing on knowledge capital, social capital, cultural capital, to make resources work for the better and for good.”

There are few areas that are more important right now, the founder points out, than working to solve the climate change crisis: “Extreme weather events are going to exacerbate and the reliance on fossil fuels has produced lots of damaging consequences, including to environmental health.” In addition to being focused on clean energy solutions, RCV also looks to be influential in “ocean economy solutions”, such as protecting coastal zones, decarbonising shipping and reducing plastic pollution. 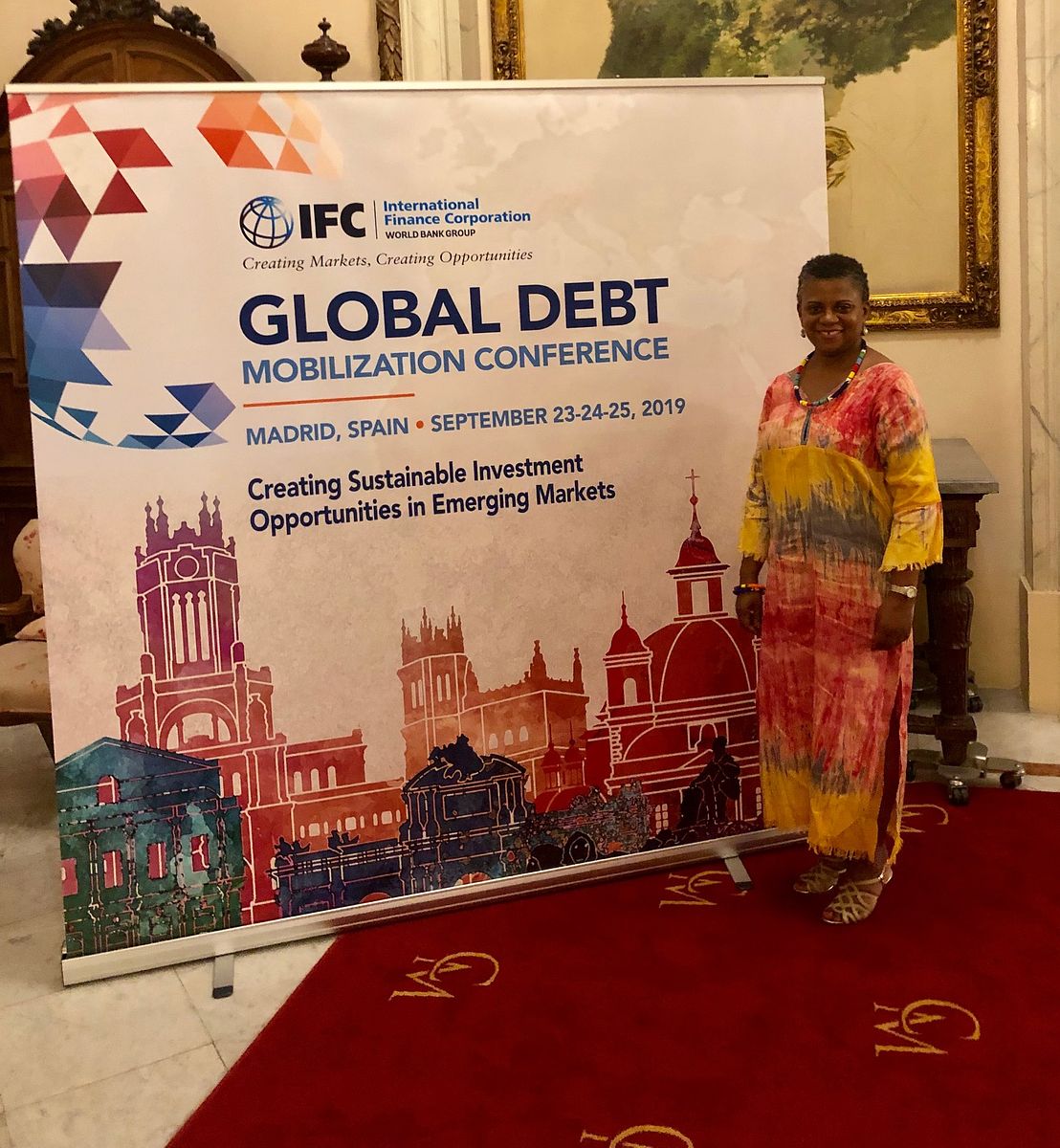 Born and raised in the Caribbean, Gillian’s professional focus in the region is no coincidence. She believes her birthplace has in fact helped her punch above her weight in her professional life. “We have a strong tradition of something that’s called marronage,” she tells me, “which is a philosophy of moving outside of the conditions that would otherwise enslave you.”

Gillian draws on many philosophies to guide her and, similarly, her education and experience are wide-ranging. She originally trained as an economist in the West Indies; got her MBA in the United States; and was awarded her PhD from the University of Sussex in the UK, where her specialisation was telecoms. She has held academic and research positions with Wits Business School in South Africa as well as MIT.

The business leader has worked for the likes of British Telecom, J.P. Morgan and the International Finance Corporation, the private sector arm of the World Bank Group. At the age of 27, she started a different consulting practice with the “lofty aim” of changing the landscape of Caribbean business.

Her expertise eventually secured her a board position on the UN’s ICT Task Force, created to bridge the global digital divide. She’s increasingly sought after for her thought leadership and advocacy work in finance, international development, gender and technology. 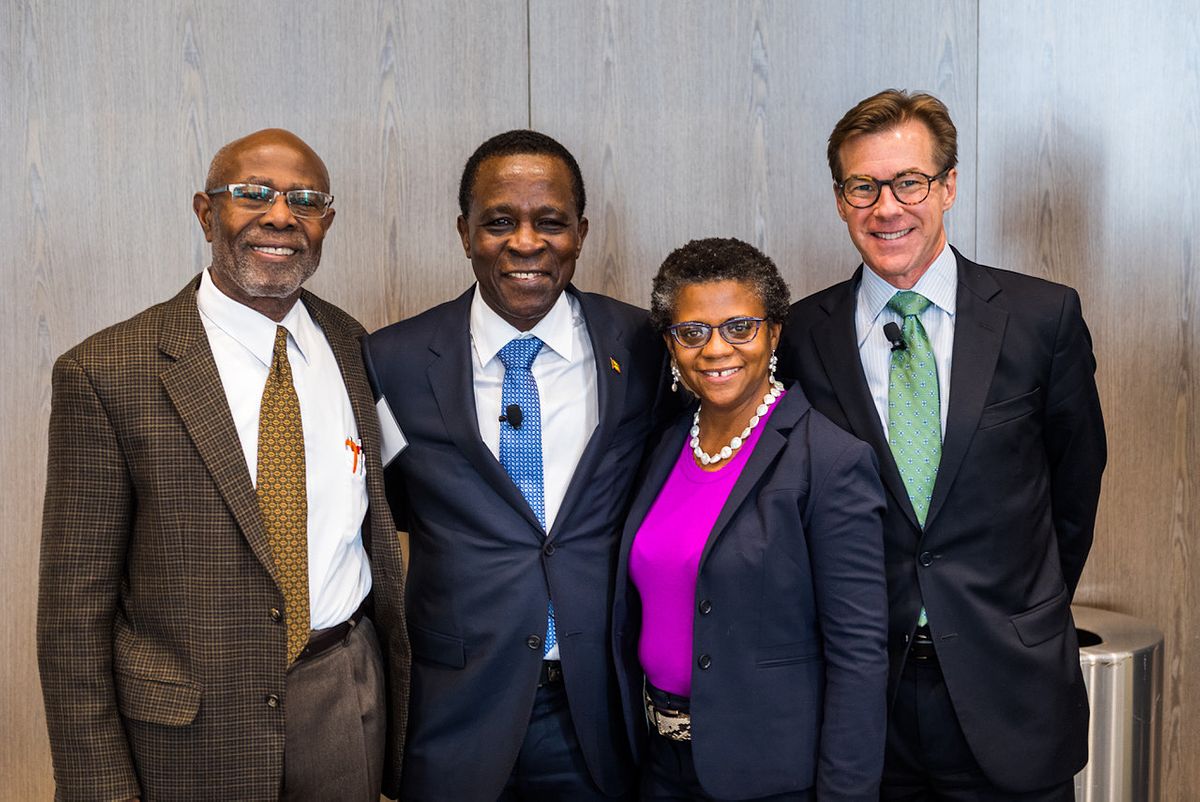 As her experience indicates, Gillian’s both a finance insider and finance outlier. It’s this unique perspective that has motivated the leader of RCV to push for change in the finance industry’s elite circles. Gillian calls for it to be less exclusive and more willing to bring people on board who offer different perspectives and experiences, including hiring more women. Exclusion, she argues, only leads to stultifying thought.

In a thought leadership piece written for RCV, she explained that people need to widen their “search algorithm”. By that she means the way in which business leaders seek out and then decide which investable projects or entrepreneurial solutions have merit.

We are, she explains to me, influenced by our “circles of origin”, our prejudices, assumptions and network. “We need to extend beyond that, push up against those boundaries with intentionality and recognise that you might encounter differences but hopefully you will do that with a basis of mutual respect.” In other words, she calls on all of us to go outside of our comfort zone, to challenge the status quo in myriad ways.

For example, some might protest outside of Washington with placards; others might seek solutions from inside the corridors of power. To find solutions to our persistent problems, you need to surround yourself with people of all backgrounds who possibly have different motivations to your own.

As a result, Gillian intentionally surrounds herself with people who broaden her knowledge base. She’s currently learning from scholars who work with indigenous groups, such as the First Peoples of Canada and Native Americans in the United States.

She talks to academics and practitioners who offer different perspectives too. Some of these are colleagues in biopharma who are looking for healthcare solutions outside of mainstream science. It’s particularly relevant at this precise moment, with the pandemic still causing worldwide anxiety and economic uncertainty. 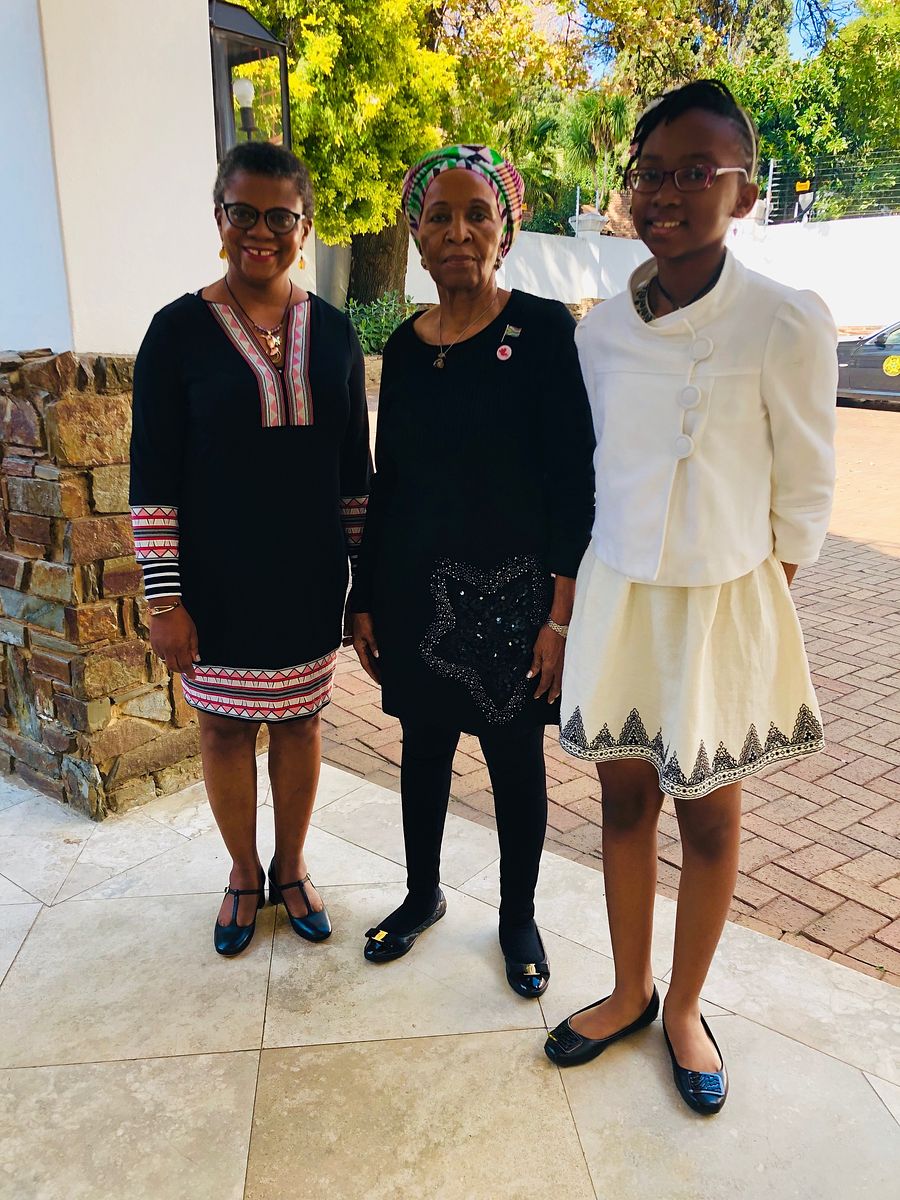 Covid: a story of inequality

So far, Gillian has been disappointed in the world’s response to Covid, arguing that it has shown only too clearly the inequality that persists in the world. “We had an opportunity to rethink and reframe what global interdependence could actually mean,” she reasons, “a chance to think about how we could embrace a problem that was affecting the world with values of solidarity.”

Instead, she believes the vaccine development and distribution was “heavily concentrated” in only one part of the world. This moment, she adds, requires new solutions that are genuinely collaborative. By contrast, what she sees are those who still believe the developing world simply needs charity, not partnership.

“This doesn’t allow for mutual respect,” RCV’s leader argues. “It will not allow for engaging with the African CDC and African biopharma industries. We need to work with them as peers and partners as opposed to recipients of charity and philanthropic assistance.” She’s hoping that we will learn lessons that might better prepare us for the future.

“This isn’t going to be the last pandemic. If we can learn to do these things well for public health crises, we have the opportunity to do things well for the climate crisis.”

To really move the needle on big problems, she’d like to see the investment and finance world place more emphasis on finding solutions instead of focusing on labels such as ESG or impact investing. She asks, “What is it that we want this financial capital to do? What kinds of investment strategies do we then want to put in place for financial capital to achieve results? Fundamentally, it’s about the purpose to which we are putting the financial capital.”

What she says reminds me of when I spoke with an investor seeking solutions to global issues using private capital. He engaged in what he called “solutions investing”: first, you need to think about the problem you are trying to solve and the impact you want to have. Only then do you go about finding the capital you need to fund it. This is how you move money with purpose. 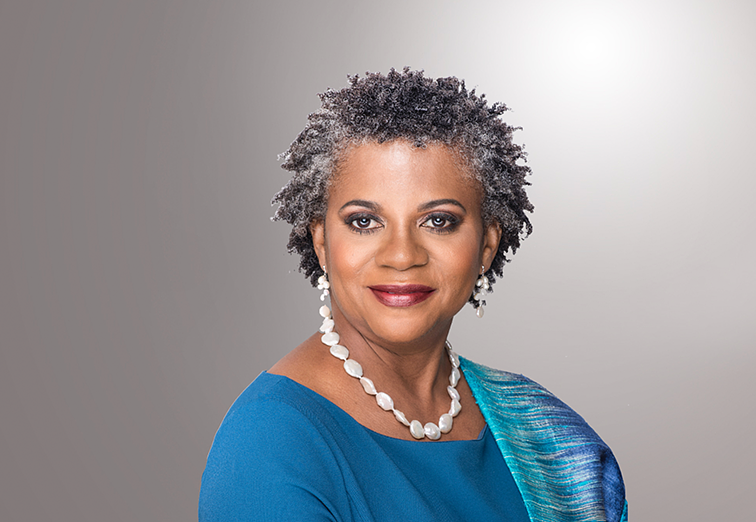 Gillian’s own sense of purpose comes from bearing witness to the anti-Apartheid struggle and having mentors who were part of the global Civil Rights Movement, as well as being drawn to persons who work for a more equitable, just world.

“There is an innate human desire for thriving,” she observes, “for freedom, for mutual respect, for civilisation. That’s what motivates me.”

Even though the path is not straightforward, the founder takes some comfort in knowing that she is only one in a long line of people who hope to contribute to a better world.

She calls on Invest for Good’s readers to join her in harnessing the intensity of the present time. “We are in a moment of many intersecting crises, but it’s at these moments when we are knocked down, where things seem overwhelming, that there are also opportunities benefitting from synchronicity, to draw on that innate human spirit.”

Systemic change doesn’t happen overnight, Gillian reminds us, but it’s worth remembering that no closed systems have ever stayed closed forever.

Dr. Gillian Marcelle is the founder and CEO of Resilience Capital Ventures LLC. She’s a leader in finance, economic development and international business.