Meet the woman who is making investors of all of us and helping underrepresented communities in the process.

Whether rightly or wrongly, the financial services industry does not have a reputation for doing a whole lot of good in the world. The goal is to make money, whether for clients, companies or shareholders. Impact investing has changed, and continues to change, the way we think about finance. Instead of making money with the singular goal of making more, it allows ordinary people to invest in the causes they believe in -- and earn a return on that investment.

Yuliya Tarasava jumped into impact investing when she was successfully following the traditional finance path, working with high networth individuals who wanted to do more with their money. They’d engage her skills to optimise their earnings, allowing them to donate some of that excess to philanthropic causes. 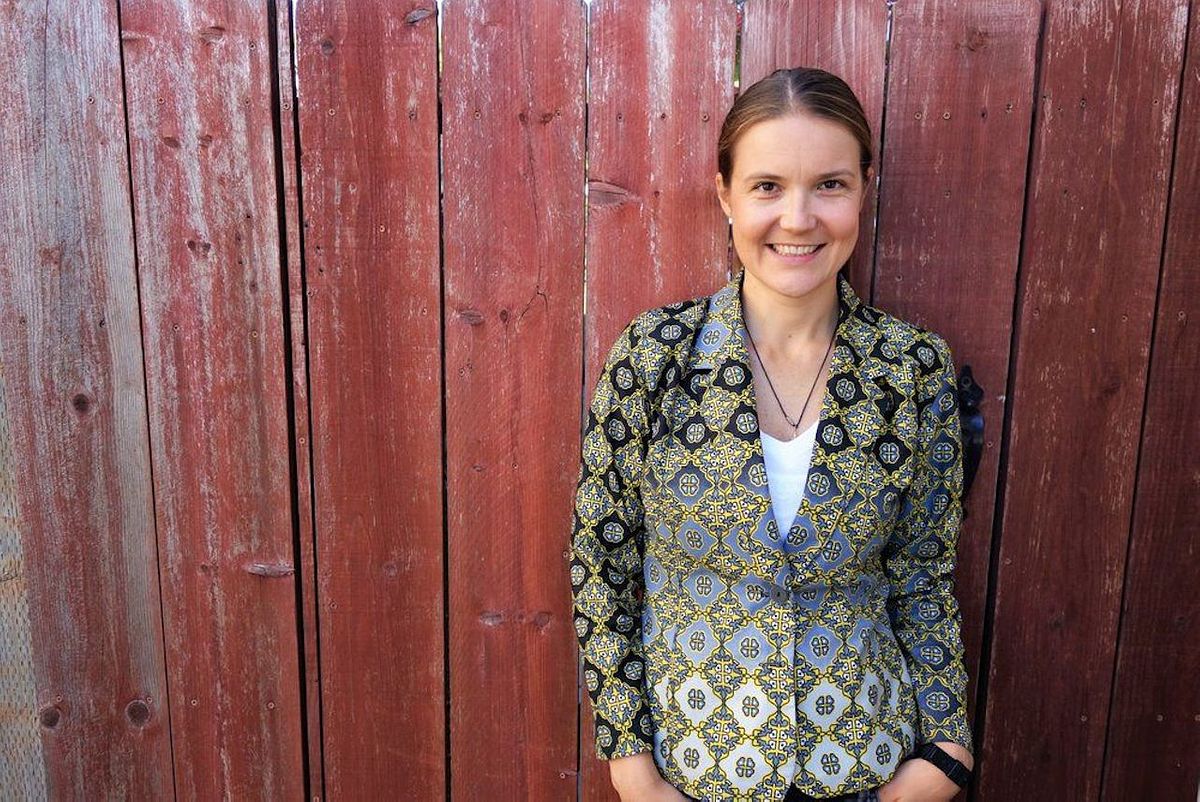 Then the lightbulb in her head went off: “Why are we trying to earn more so we can donate? Why can’t we just combine the two?”

She veered off the comfortable, well-trodden path and took the risk of starting her own company with co-founder and CEO Catherine Berman in 2016. CNote is the result of their hard work, earning its retail and institutional investors competitive returns that also deliver deep impact in underserved and marginalised communities in the United States. In doing so, the FinTech platform is on track to build a more inclusive community that is focused on lending to women and people of colour. 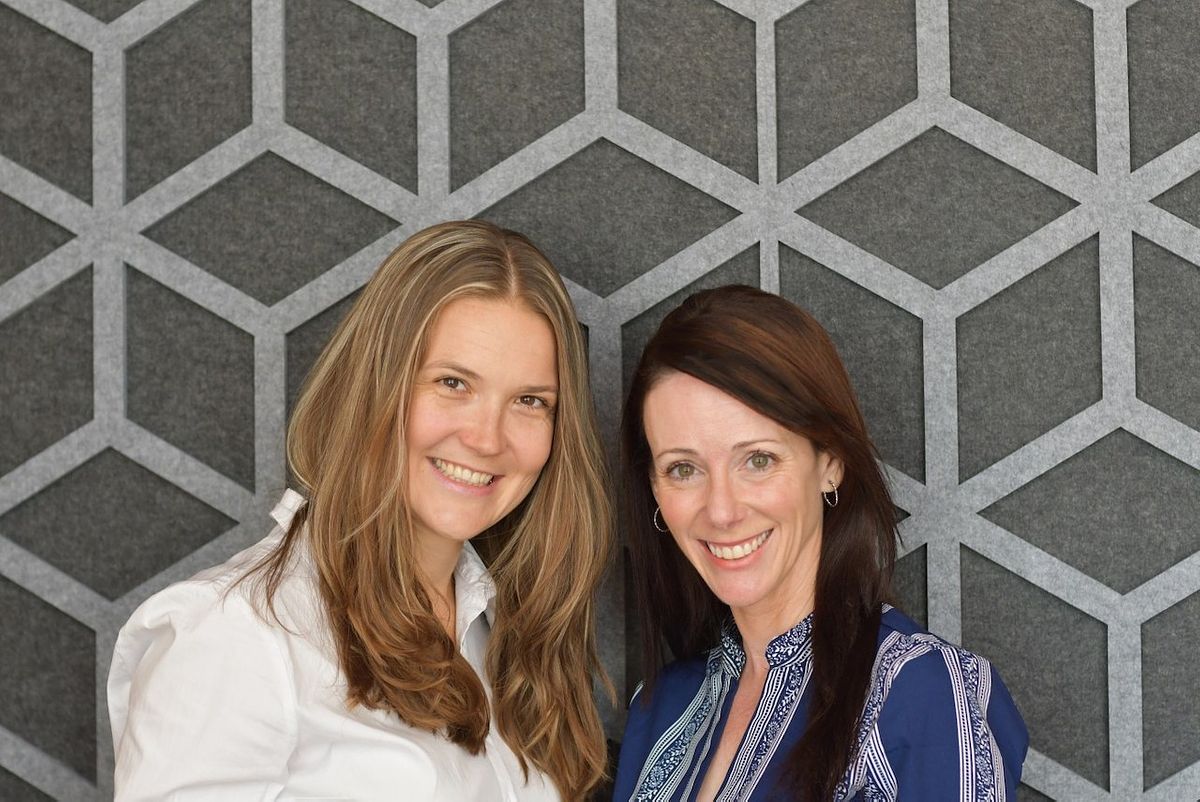 “Our mission is to close the wealth gap through financial innovation. By creating new products that are attractive to investors, we enable them to invest for both the return and social impact,” Yuliya tells Invest for Good over Zoom. “So when they invest, it’s not only for the return, but also for social impact.” CNote offers fixed income and cash alternative investments. Its first fixed-income product, the Flagship Fund, earns up to a 2.5% return and has no minimum requirement. Working in partnership with mission-aligned community lenders, it enables CNote to lend the capital from its investors to those who need it most. Some of that money, for example, might be used to support job creation, small business growth, affordable housing development, and lasting economic growth in communities.

The range of investors who come to CNote is large, everything from college students starting on their financial journey with $10, all the way up to MasterCard. The credit card company has partnered with CNote, committing $20m last October to a fully federally insured solution helping to close wealth and opportunity gaps.

In a statement about the partnership, Berman, CNote’s CEO, said: “The inequalities that exist are deeply ingrained in historic systems and processes, which means we have to make an ongoing, active effort to redesign them.” It’s the founders’ view that financial freedom and economic opportunity should be accessible to all.

Diversity and inclusion on the agenda

Yuliya, who acts as CNote’s chief operating officer, believes that interest from institutional investors will increase as they seek to improve their track record on diversity and inclusion. The COO says that last year was a “big, aha moment” for institutional money. The impact of COVID and racial movements worldwide have woken people up to the idea that simply caring about diversity at a team level is not enough. “They see they have billions of dollars and those billions can actually work towards solving problems,” she argues. “So corporations are reaching out to us and partnering with us on helping them put this money to work towards solving racial and gender inequality.”

While there have been other impact solutions (mostly equity) available for years, some of these environmental, social and governance (ESG) products are not always entirely what they seem - and it’s something to watch out for as the market expands. According to estimates, new investments in sustainable funds more than doubled in 2020 compared to 2019. As they increase in popularity, there are those who believe that fund managers are exaggerating claims of their sustainable credentials, also known as greenwashing. In fact, the European Union just introduced regulation aiming to standardise ESG reporting, making it easier to spot those that aren’t up to scratch. 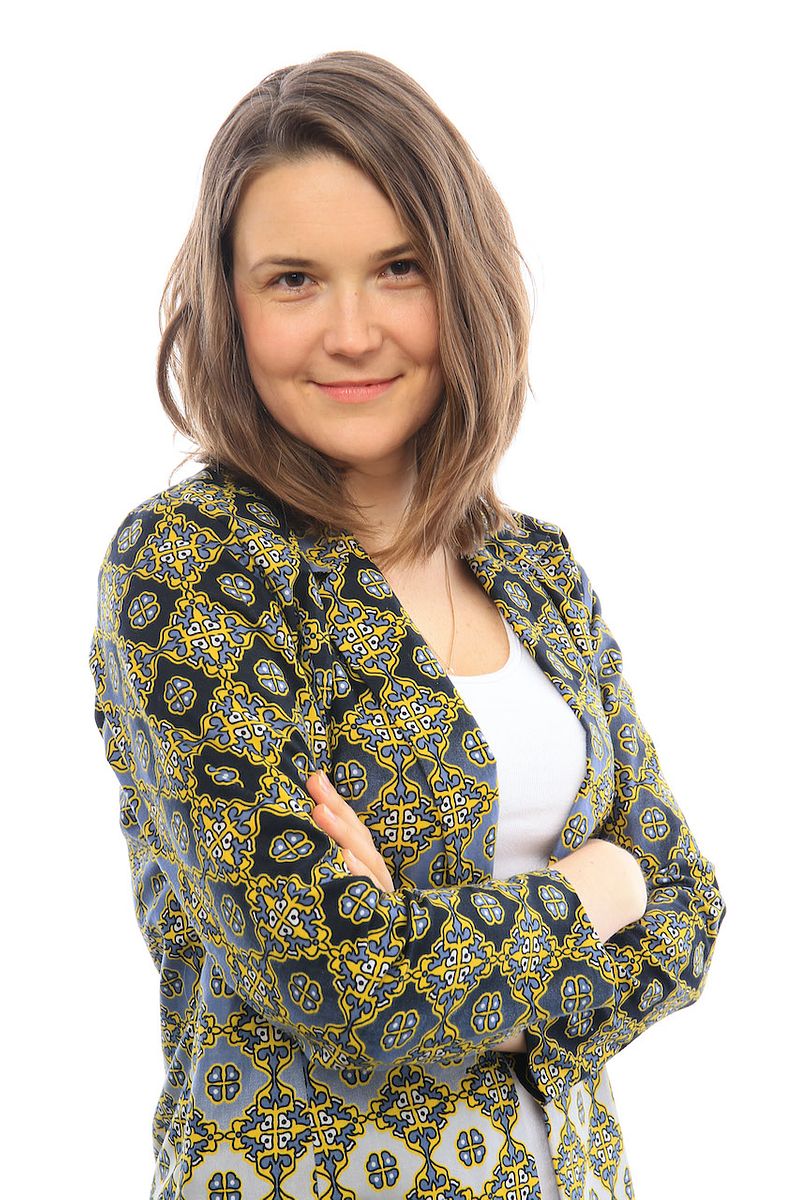 For CNote, transparency is embedded in the process because they partner with Community Development Financial Institutions (CDFIs) that have a long track record of investing in marginalised communities. CDFIs have a lot of expertise, Yuliya points out, and they know exactly where the capital is needed and how to evaluate projects and borrowers. Their involvement helps to mitigate risk for investors, as the CDFIs provide technical assistance to borrowers during challenging times and maintain reserves for losses in the event a borrower defaults. As of today, CNote has had zero losses and it’s helped to create over 4,000 jobs.

“The relationship with CDFIs is one of our main assets,” Yuliya adds, “because they work around the nation and they have this deep understanding of what communities need most.” This direct connection enables CNote to tell investors exactly what their money is funding and how it’s creating economic opportunity.

One of the things that Yuliya is hoping to change is our negative relationship with money. Many of us see it as an instrument allowing us to buy products and services in exchange for labour. Our connection with its potential to do good is lost when it’s sitting in a bank, faceless and devoid of emotion. There are plenty of examples, however, of its transformative power, especially when put to service for others.

Take the story of Cinde Dolphin, a four-time cancer survivor. She came up with a medical carrier that could keep drains and other tubes neatly in one place, instead of dangling uncomfortably after surgery. The trouble is that no one wanted to invest in her idea - it wasn’t sexy or high-tech enough, she was told. Her research led her to a community lender working with CNote. They partnered with her and, today, she is the CEO and founder of Kili Medical Drain Carrier. The company name is derived from Mount Kilimanjaro where the carriers are designed and made. Not only does it help cancer patients, it also creates jobs for women in a village in Tanzania.

“It’s a reminder that we just need to invest in more women because there are wonderful things to come out of it,” says Yuliya. 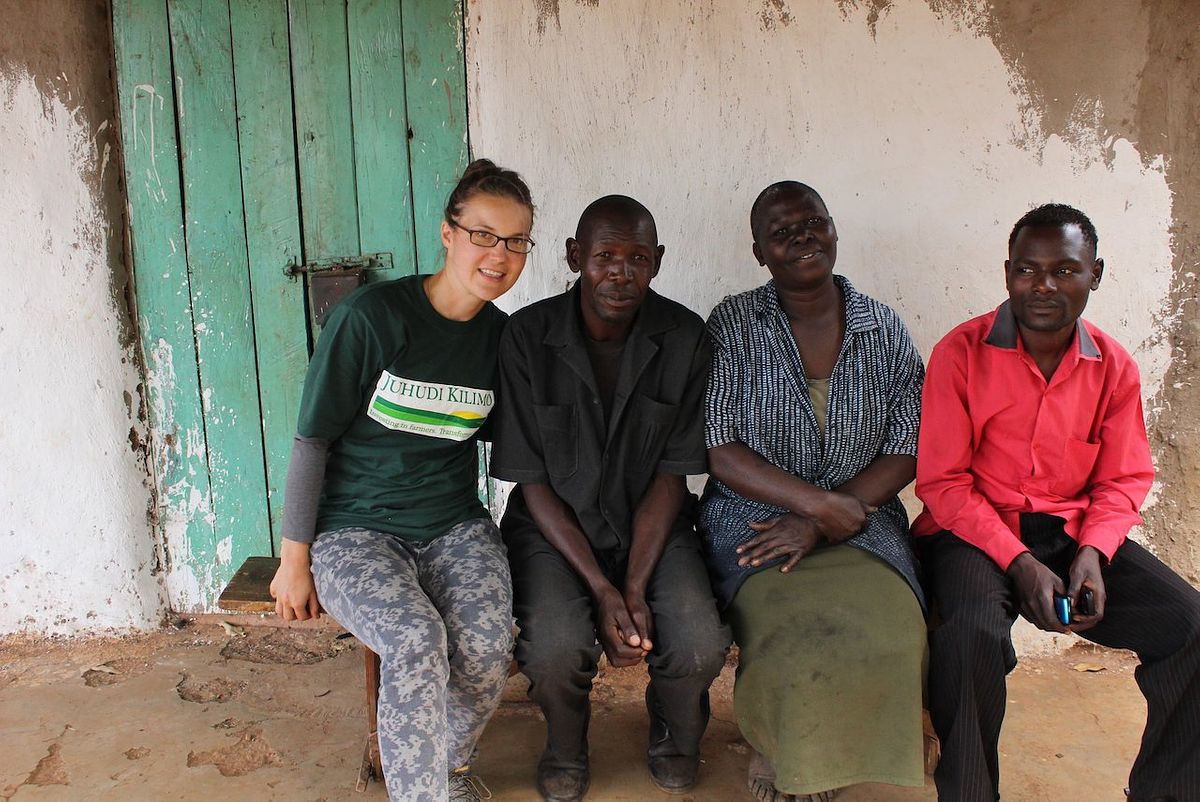 CNote has so far invested roughly 40% of its capital in women-led businesses, eight times the US average. The COO believes we need to start backing up their solid performance with hard numbers. “We want to stop relying on anecdotes; we actually should start collecting data … The track record of lending to women and people of colour is just not there. It hasn’t been created, analysed or studied.”

It’s her view that CDFIs allow us “to look under the hood” because they’ve been lending to women and people of colour for many years. As a result, one of CNote’s goals is to grow a database through different market cycles, to track how well underrepresented businesses perform.

Embarking on a different path

Originally from Belarus, Yuliya moved to the United States in 2004, landing herself jobs on Wall Street after finishing her degree. In time, however, she started wondering if there could be a better way of using her strengths and expertise. She applied and was accepted as an Acumen Fellow, an opportunity she used to develop microfinance solutions for farmers in Kenya. It opened her eyes to the potential of impact investing on a larger scale. She also lost her dad, someone she was very close to. “He worked as a lawyer in a labour union and so everything I’d seen was about helping people,” she recalls. Like many people who experience loss, she asked herself what she was doing with her own life. 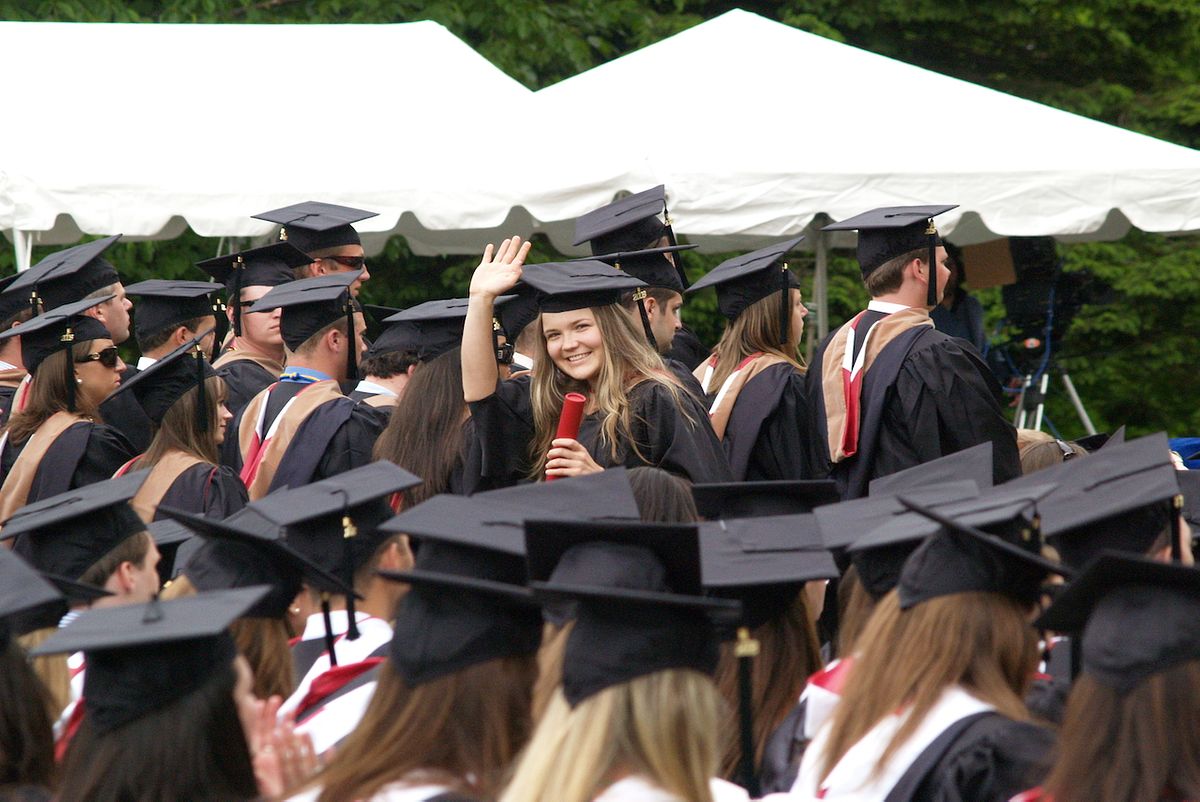 She was introduced to Catherine Berman as another woman in finance who wanted to make the world a better place. They put their heads together and started on the entrepreneurial journey that led to CNote. Like many of the women the platform helps through its innovative funds, the pair hasn’t found it easy negotiating this path. Based in Silicon Valley and in the male-dominated FinTech space, they’ve come up against plenty of obstacles. Yuliya recalls the first time she went to a networking event in San Francisco. Out of about 100 people in the room, she was one of a handful of women. “At the time it was such a culture shock. It was like, ‘What am I up against?’”

The favouritism that men show to other men, particularly those who are white, is what Yulya calls “familiarity bias”. When women want to raise funds, she observes, they are generally facing a white man across the table. With access to power and money, they have the upper hand. The co-founder believes it will take generations for women and minorities to level the playing field: “It’s sad, but I think that’s the reality.” She is, however, an optimist and has seen progress, especially with regards to heightened awareness of the problem. “I really hope that awareness will convert into action and it’s not going to be just a period when everyone is talking about it.”

It’s one reason CNote does a substantial amount of work on education and visibility. It regularly profiles some of its borrowers with impact stories that powerfully connect the dots between money and positive outcomes.

With institutional investors that conversation is about getting them to see further ahead: it’s not only about the return you get now, the co-founder tells them, it’s about investing in the overall economy that can see everyone prosper in the long run.

Yuliya suggests that Invest for Good’s readers start thinking about their relationship with money. Ask yourself, what else can my money be doing? Instead of seeing it as faceless or evil, see it as something with the power to change communities and lives. She encourages those who are interested to read more of CNote’s impact stories that show the difference it has made to ordinary people. “When you have that emotional connection, it can really change the future.”

Yuliya Tarasava is the co-founder and Chief Operating Officer of CNote, a women-led impact investing firm on a mission to close the wealth gap through financial innovation.