In an age where technology seeps into every facet of life, there are still an estimated 3.6 billion people who do not have access to the internet. Cut off from the world’s biggest advances, these people are in danger of being left behind. Looking to change this is a project called Giga, with the aim of connecting every school in the world to the internet. One of its leaders spoke to us about why this is the best time to drive it forward.

The internet has transformed people’s lives in ways that were unimaginable only 30 years ago. It has enabled us to shop and search at the click of a button; to work from home; to easily transfer money; to stay informed and engaged, and to stay more connected to one another.

The advantages are numerous, from the rise of digital opportunities through to greater access to education. Those of us living in wealthier countries have taken this technology for granted and expect it to keep getting more sophisticated. However, it’s estimated that 3.6 billion people in the world don’t have access to the internet and are digitally disenfranchised and disengaged.

The risk this poses to global progress challenges one of the United Nations’ most important pledges - leave no one behind. Determined to make good on this ambitious promise is Doreen Bogdan-Martin, Director of Telecommunications Development at the International Telecommunication Union, a specialised UN agency that has been in existence for over 150 years. Assuming office in January 2019, she has made one of her biggest tasks the goal of connecting all schools in the world to the internet. The project, called Giga, is a first step in ensuring that more young people have access to technology that gives them the chance to fulfil their potential and keep up with the rapid pace of change. 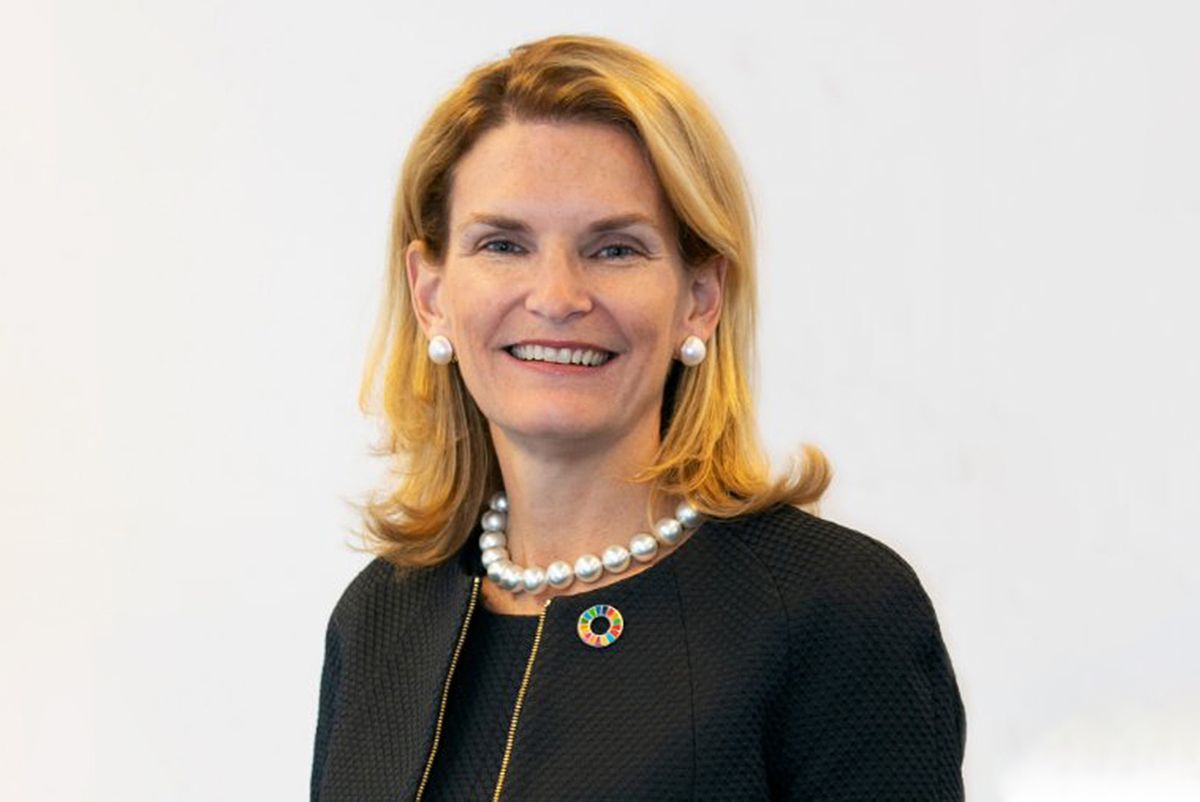 “Giga is ambitious, it’s bold and I think it’s absolutely necessary,” declares the Director from her office in Geneva. “We see it as an opportunity to bring every person access to information, opportunity and, of course, choice.” Ultimately, it’s through being connected that more young people could influence what happens in their communities or even globally. Yet many are not given the chance, simply because of where they are born. According to UN figures, many of the remaining unconnected live on less than $2 a day. They are almost 20% more likely to be female, with 80% of them living in the least developed countries in the world, mostly in Africa and South Asia.

The cost of being unconnected

The human cost of being unconnected is huge, Doreen points out, citing rising inequalities that further divide us all economically and geographically. The financial cost of connecting those still without access, however, is no small matter. Doreen estimates that it will cost $40 billion a year, every year, until the project’s culmination in 2030. While the cost is a complex challenge, Giga has been given further urgency by something more recent – the global health crisis. “There were people who doubted that connectivity was important for tackling some of the world’s biggest developmental challenges,” the director explains. “I think they’re all convinced now because we’ve seen what it’s like not to be connected when you’re living through a global pandemic like Covid.”

If there was inequality in a pre-Covid world, this is only getting bigger. Many children, for instance, have gone months without having access to educational resources. Without a computer or the internet, they risk falling further and further behind; it is likely that some will never be able to bridge the gap. Then there’s the additional need for access to healthcare services, some of which are delivered digitally. “If there was ever a time to drive this forward,” Doreen says, “this is really the big moment.”

We see it as an opportunity to bring every person access to information, opportunity and, of course, choice.

It’s a big moment that requires some big thinking. It’s not the first time that the UN has had a target to connect the world’s schools. There have been two previous world summits that set a deadline of 2015 to get it done, but it wasn’t met. “Yes, we’ve got to do something differently,” admits the director, explaining that her team is “thinking out of the box”. As a project that will require public and private partnership for success, including significant investment, Doreen is looking to what the Gavi Alliance has done to finance its work on vaccinating vulnerable children worldwide. 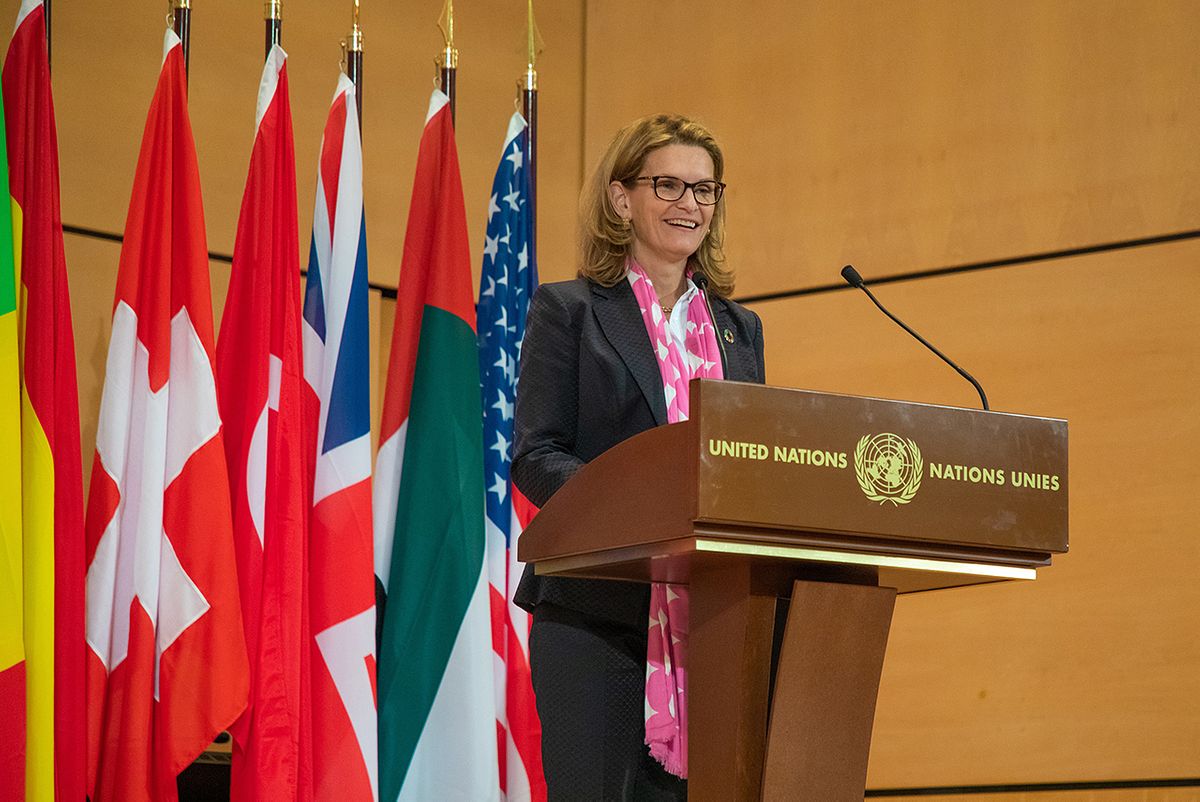 Their financial model has two funding streams, direct contributions and innovative finance. The former includes contributions from corporations, foundations, donors and international organizations, as well as the financial commitments from governments. These contributions can also be structured as guarantees to incentivize the latter, which will be primarily driven by private investments through a range of innovative funding instruments. The goal is to ultimately lower the risk for investors and make ICT connectivity a financially attractive investment option. Giga will use this blended approach for its financing at scale, pulling in a range of public and private funds. “It’s all hands on deck,” Doreen confirms. “I think governments need to be engaged, the private sector needs to be engaged, donors and foundations need to be engaged, and development banks need to be engaged. We need to have some creative thinking to really make this happen."

Finance aside, Doreen’s 30-year experience has taught her that one of the biggest challenges will be engaging the political will of governments. In this instance, she believes Covid has changed the landscape – and it is for the better. “We’ve seen countries be super innovative and creative about getting connectivity to the masses because they had to.” The crisis really pushed and built momentum to get connectivity out there fast. What has been accomplished in just a few months might have once taken many years. Doreen asks, “how can we make sure we keep those good practices in place so that we can scale them and replicate them?”

It’s a question that the ITU doesn’t need to answer alone. Their chief partner on Giga is UNICEF, which brings to the table their recognisable brand, storytelling and experience of working with some of the world’s most disadvantaged children. “It’s quite a perfect partnership in that our missions are so well-synched,” Doreen tells Invest for Good. “We have the infrastructure technology component and they bring the kids. Together, I think it’s the perfect marriage.”

A critical first step is mapping all the schools to identify connectivity gaps. So far 25 countries have been mapped – a total of about 800,000 schools. The ITU uses infrastructure maps while UNICEF uses crowd-sourcing models. Already, this has proven that some schools which were assumed to be connected were not. In some cases, compiling the data has resulted in being able to save money. In Kyrgyzstan, Doreen explains, mapping the schools has resulted in saving 40% of their annual education connectivity budget, which she thought was a “pretty compelling” argument for undertaking the work. 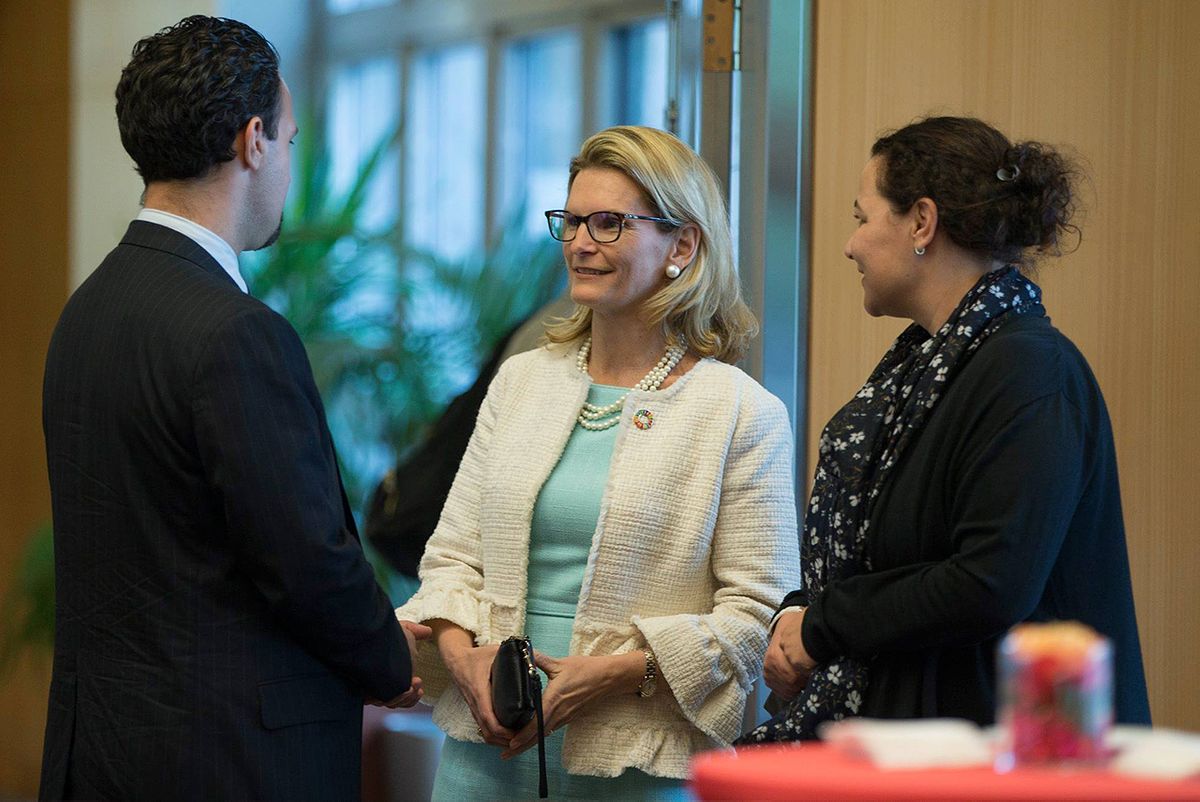 Much further down the line comes determining the best possible technical solutions for each country and then empowering local people to use technology they might not be familiar with. “Connectivity on its own won’t do anything,” the director admits. “It has to be paired with the skills and understanding of how to use the technology and how to benefit from it.” The ITU has teamed up with UNESCO and other partners to expand basic training programmes, not just for young people but also for educators.

Like any project big in scale and ambition, collaboration with a range of people is key to Giga’s success. As a woman working in what is still predominantly a man’s world, Doreen understands the value of diversity and listening to other opinions. She is, in fact, the first woman to be appointed to one of ITU’s five elected offices since the organization’s inception in 1865. It was an historic win and one that puts her in a position to strengthen the contribution of women in tech. “I’m a strong believer that we all bring different perspectives to the table and if the table is only male-dominated, that’s not going to benefit the workforce or the world at large.”

I’m a strong believer that we all bring different perspectives to the table and if the table is only male-dominated, that’s not going to benefit the workforce or the world at large.

In technology, women are still woefully underrepresented. To redress the balance, in 2015 Doreen launched the EQUALS Global Partnership for Gender Equality in the Digital Age, bringing together over 100 partners around the world to close the digital gender gaps. The partnership has a mission to empower more women to be ICT leaders, entrepreneurs and creators. Meanwhile, the ITU has a day called Girls in ICT with events in 170 countries that promote the field as an opportunity for young women. It may not be a solution yet, but it’s at least a start.

For Giga, there’s an imperative to get to a solution and quickly. The project falls under the umbrella of the UN’s 2030 Agenda, underpinned by the ambition to deliver the 17 Sustainable Development Goals including ending world poverty and hunger. The next ten years are called the “decade of action”. There are those who believe that already some of these goals are unachievable in that timeframe, with the time ticking most ominously for tackling climate change. Doreen, however, believes it will be difficult yet not impossible to deliver on the goals. She is also convinced that connectivity has an important part to play in the effort. “If we can focus and zoom in on connecting the 3.6 billion people out there, I do think that will be an enabler for those 17 goals that can really transform and change the world. The impact can be huge, from food to agriculture, healthcare, education and gender equality. It really cuts across all of them.”