Harnessing the power in our pensions

One of the best ways of investing in the world you want to see is to think about what your retirement money is doing.

The average person does not realise how much power they have to change the world. Most of us don’t consider ourselves to be investors, yet the majority will have some kind of pension. These pensions make us investors in global companies. What if we could harness that money – all £2.6 trillion of it in the UK alone – to do good instead of harm?

That’s the goal of Make My Money Matter, a campaign designed to raise awareness about what our money funds and demand that it is invested in building a better world. If asked, most of us would probably say that our pensions shouldn’t help finance destructive industries such as tobacco and firearms, or drive the climate emergency.

Unfortunately, transparency in underlying financial investments is often superficial and as a result, many of us may not easily recall who our pension provider is, let alone what our money is invested in.

Take the example of Bronwyn King, an oncologist in Sydney working with cancer patients. She was horrified to learn that her pension was being invested in tobacco companies. Tobacco was the very thing that was killing her patients and eight million people per year. Unable to accept this, she founded Tobacco Free Portfolios, a global movement for ending investments in tobacco. A TedTalk about her journey has now racked up over three million views. 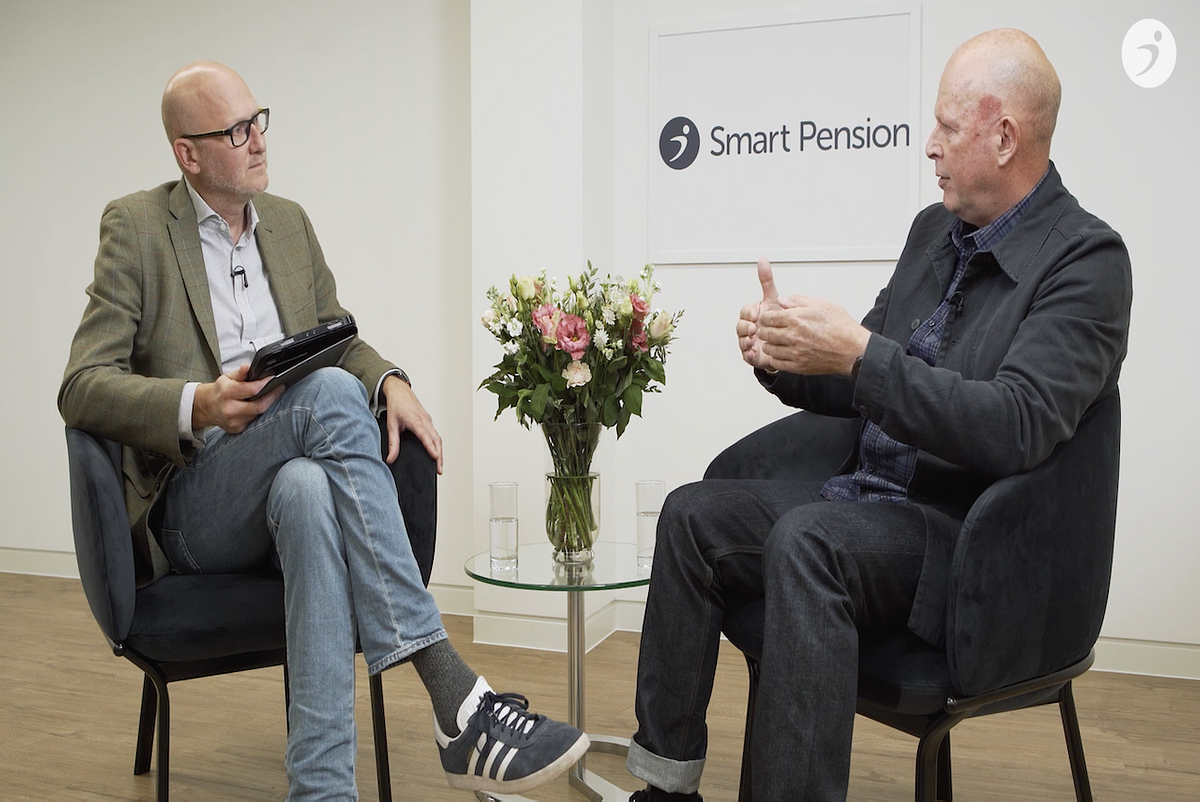 Pension savers: waking up to power

Tony Burdon, CEO of Make My Money Matter, says that people are waking up to the power of their pensions and are increasingly determined to make their money matter. In fact, almost two thirds of savers want to see their pension actively tackle climate change – rising to 72% among 18 to 24-year-olds.

A growing bank of research shows that it’s increasingly the younger generation who is leading the way. One poll found that a quarter of 25 to 34-year-olds in the UK would be likely to seek socially responsible investments. Another survey in Scotland found that 37% of 18 to 34-year-olds would take more “proactive steps” to invest their money more responsibly. Both cited the pandemic as one reason for changing priorities. 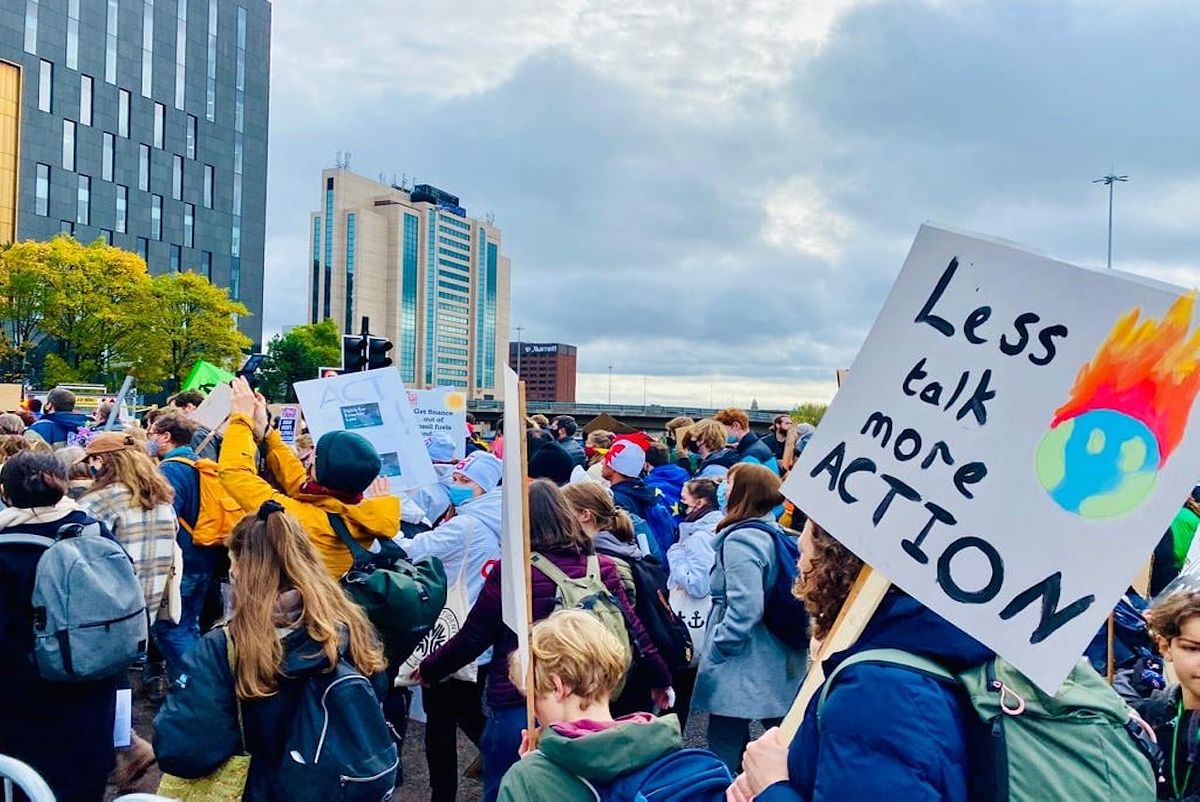 For Make My Money Matter, the current priority is the climate. With COP26 recently hosted in Glasgow, climate change was high on everyone’s agenda. “What’s our money doing?” Tony asks. “What we see is that it’s actually doing a lot of harm. At the moment, it’s destroying the planet.”

There are some bracing facts to back this up. According to one report, 35 banks have invested $2.7tn in fossil fuels since 2016. If we’re to have any chance of keeping global warming to within 1.5 degrees Celsius, this needs to change rapidly. As a result, Make My Money Matter has launched the Green Pensions Charter. A world first, the organisation is calling on big businesses to sign on and “green” their employee pension schemes.

It has had some high-profile companies commit to the plan, including IKEA, Tesco, Co-op, Innocent Drinks and accounting firm EY. To accelerate change, the organisation is also calling on the UK government to mandate that all schemes commit to net zero, aligning pensions with the goals of the Paris Agreement. It’s not as radical as it sounds, given that the government wants the entire country to be net zero carbon by 2050.

As the CEO tells me from the nonprofit’s headquarters, many companies talk about being more sustainable and selling products that are better for the planet and yet they forget about their own money.

“The money that you put into the workplace pension scheme is part of your business. It should be scored as part of your emissions. We call this your financial footprint.”

Beyond individual businesses, the campaign has focused on securing robust net zero commitments from the pensions industry. To date, the team believes that the pledges from leading industry providers amount to around £800bn assets under management, representing about 40 million pension pots.

At COP26, Mark Carney, the former governor of the Bank of England, announced that he will chair the Glasgow Financial Alliance for Net Zero. The new group consists of over 160 of the world’s most powerful financial institutions. They’ve made commitments to net zero totalling some $130tr.

It’s good progress, Tony says, but just under £2tn in UK pensions is still not committed to robust net zero, and globally it is vital that these announcements are turned into real world action, immediately driving down carbon emissions. David Attenborough said, very accurately, “If we don’t act now, it will be too late. “So there’s a lot more to do.” 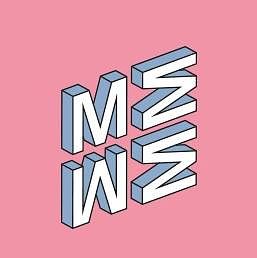 While the campaign –  which is just over a year old –  is currently focused on the UK, there is a desire to identify and work with other like-minded organisations in other countries. The nonprofit also wants to broaden which issues it tackles. Today it is pensions, but the plan is to expand to banks next year.

However, the big push for now remains growing awareness of how our money can tackle climate change. “In many ways, we’re still at the foothills,” Tony judges.

“Pensions are probably the most obtuse bit of finance, in an industry that is the least connected to its customers than any industry in the world.”

It’s fair to say that pensions are hardly the most engaging subject. Most people file away their yearly pension statement in a drawer without even looking at it. If there is a secret to getting people more interested in their pension schemes, Make My Money Matter should be able to crack it.

The organisation is the brainchild of Richard Curtis, screenwriter and director behind films such as Four Weddings and a Funeral and Love Actually. That is to say, he’s in the business of entertainment which appeals to the masses. In addition to his film repertoire, Curtis has a reputation for making waves in the public sector, most notably with Comic Relief, the UK charity he co-founded in 1985 to eradicate poverty. It has raised £1.3bn for international and domestic projects since its inception.

Nearly 10 years ago, Comic Relief was found to be investing in companies that were thought to undermine its mission. An overhaul of its investment strategy followed. This got Richard thinking, Tony tells me. He realised that private finance is in the trillions. You could have an enormous impact if you could somehow tap into that. The film director also took some inspiration from Bronwyn King. 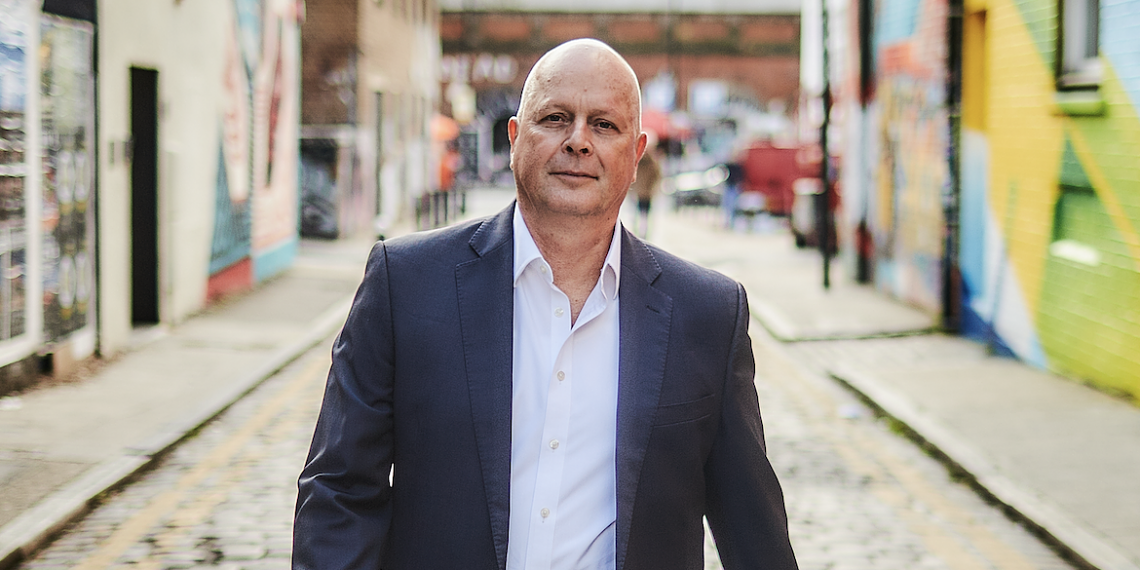 Like anything that requires a big shift in thinking, there are bound to be challenges. A big one is getting pension providers to accept what could be lower returns from green or sustainable investments.

Whether this is more perception than truth might depend on who you ask or who’s doing the investing. Tony sides with those who think that returns from ESG investments are “generally better than the market”, while industry leaders such as Al Gore or Mark Carney have both referred to the green industrial revolution as the biggest economic opportunity of a generation.

Harvard Business School has conducted considerable research on the subject. In one study, the school compared how much growth a dollar would have over 20 years. The dollar was first invested in companies with a narrow focus on making more money every quarter. Another dollar was invested in companies that grew their business while considering important environmental and social issues. At the end of the study, in 2014, that $1 had grown to $14.46 in the first instance, and $28.36 in the second. The evidence suggests that sustainable investing done right can be sound investing.

But that might not be enough to convince trustees of smaller schemes to divest from companies that traditionally offer high-rate returns. In part, this is because managing savers’ best interests –  a trustee’s fiduciary duty –  is about getting the best return possible. “Now that becomes problematic,” says the CEO, “if making money is destroying the planet. Is that really in the members’ best interests?”

Many smaller trustees, he adds, are worried about a legal challenge if they change their approach and so they keep their portfolios as they are. In addition, they have lower capability and capacity to change.

“Fiduciary duty is a big constraint, and how that’s interpreted,” Tony points out. “So, we need a good discussion across society about what that looks like and what we want.”

So, what difference would it make if instead of putting your money in a standard investment fund, you put it in a sustainable fund? Make My Money Matter commissioned research with insurer Aviva and a company called Route2 to find out. The 21X Challenge revealed that the difference was significant: you would save 21 times more carbon than you would if you stopped flying, became a vegetarian and switched your energy provider.

For Tony, the main takeaway is this: “Don’t forget that your money has a much bigger impact than many of the other things that you do, so find out where it is and find out what impact it’s having. If you’re not happy with that, ask for change. If you’re not happy with the answer, then try and move your money into something that does good and that’s not contributing to the climate emergency.”

I believe that cumulatively we have the power to make a difference. No matter how small, our actions have power. Let’s make sure our voices are heard.

Tony Burdon is the CEO of Make My Money Matter, a people-powered campaign to grow awareness of where our pension money goes.