Health insurance with a heart

India has a problem: health expenses are driving poverty. Meet the man who is using technology driven by compassion to reach the millions who are uninsured.

Kumar Shailabh wants to do something no one else in India has succeeded in doing before. He wants to allow people in different communities to run their own health insurance, on their own terms. How? He wants to create a digital-first insurance model for the 21st century, one that would appeal to gig workers and people who traditionally don’t buy insurance in the country of nearly one and a half billion. Think disruption. That’s the word he uses to describe what he’s trying to do. 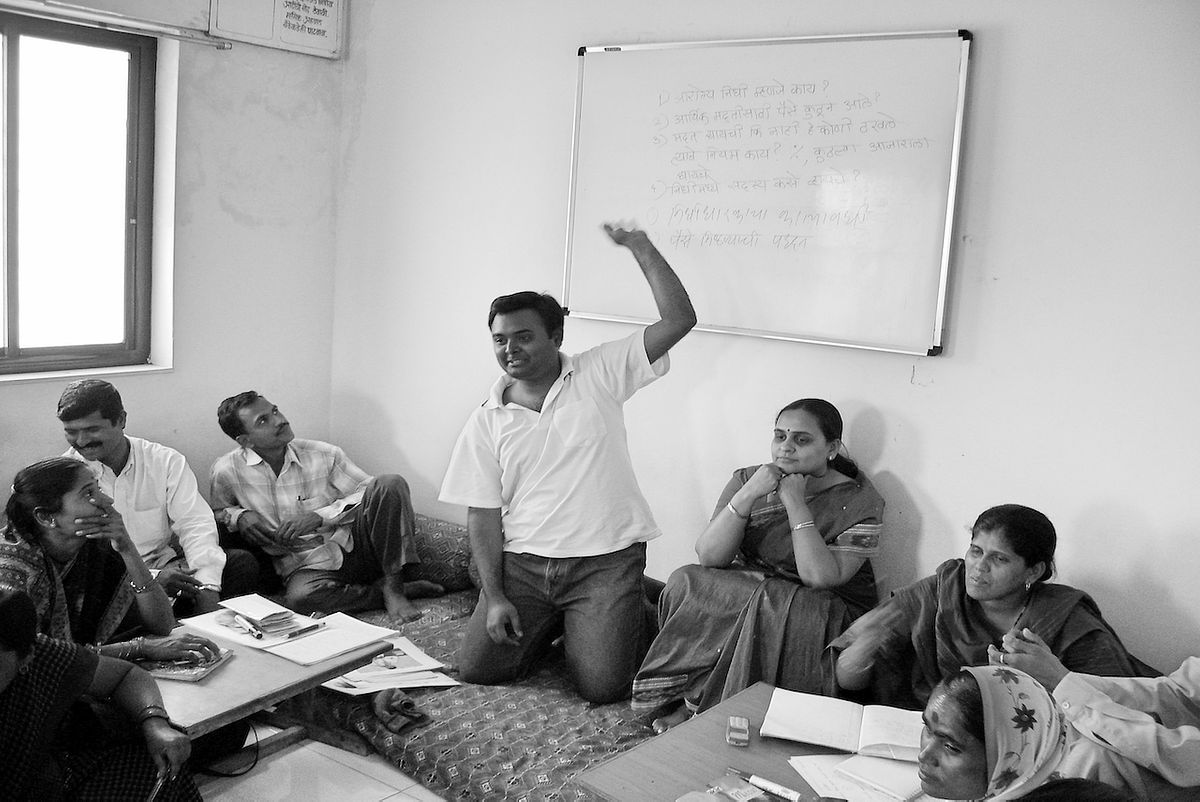 This mission is based on experience: for nearly 18 years, Shailabh has been running Uplift Mutuals, a model of community insurance in which the insured and the insurer are one. The policyholders retain control of the fund and run it as their company. Any surplus is retained by the policyholders or shared with other members as reduced premiums or dividends. It has set up mutuals in different communities, with over 300,000 members spread out in tribal, urban and rural areas of India, which are now self-sustainable. These members pool the risk of paying out for costly procedures, by prioritising health over health insurance.

So, what does that look like in practice? Uplift Mutuals has mobile doctors that visit slums and villages; it negotiates better prices with hospitals; it can provide transport to access care; there’s a 24-hour medical helpline; it provides discounted medicines; and the mutual runs wellbeing clinics and camps. It’s a model that puts primary healthcare first, to avoid the need to end up in hospital later. For years, this has worked without the need for age-based exclusions: anyone from age 1 to 99 can be covered this way. But the model does not have huge take-up and there are many who don’t even have the money to pay $6 a year to become members of Uplift Mutuals. 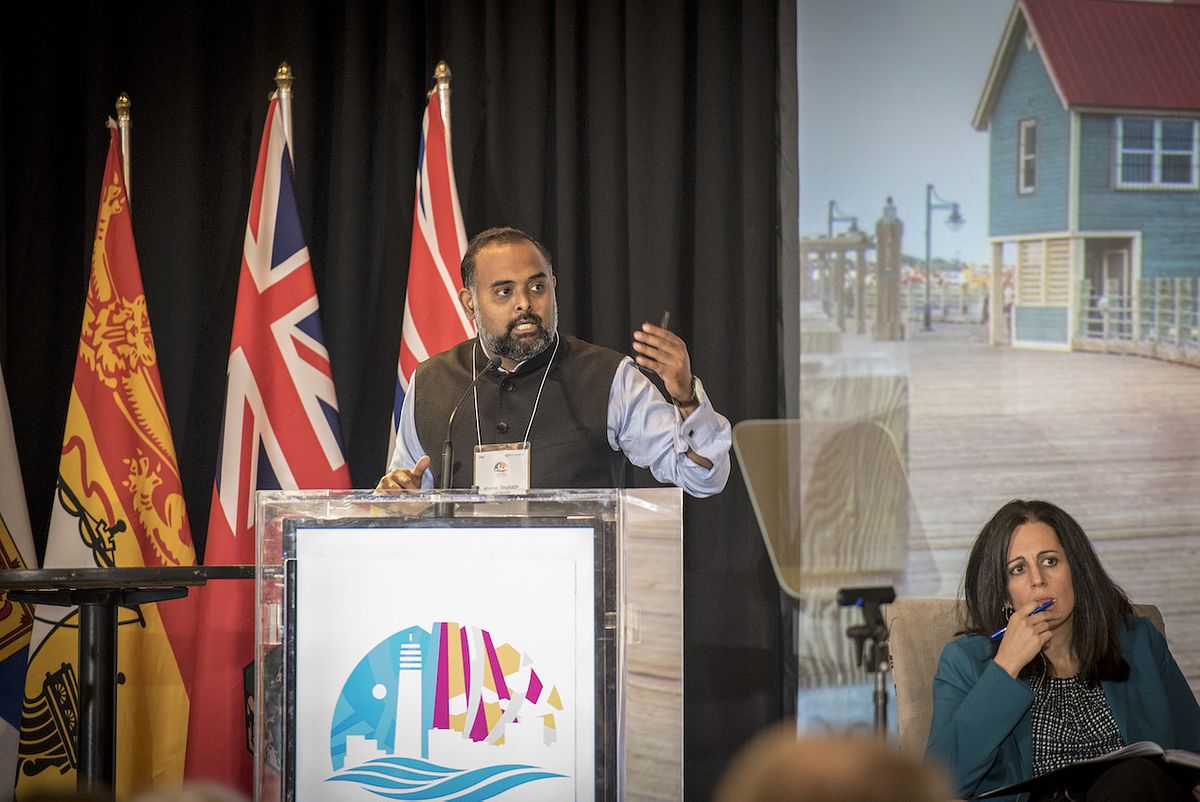 The uninsured in India

There are more than 600 million people in India who aren’t covered by any type of health insurance. This untapped middle can pay a very small amount each month, but generally don’t have the money for private health insurance that operates commercially. Incredibly, 60 million people in India fall into poverty every year because of health expenses, that’s 7000 per hour.

“The distribution and management costs of reaching out to a country as vast as India is very high,” Shailabh says, explaining why his mutualised, not-for-profit model has not been able to scale up easily. He’s looking to tech to provide solutions for his goal of becoming an insurance version of Amul, a hugely successful dairy cooperative in the country.

“India has been at the cutting-edge of tech. When you look at insurance, especially health insurance, there still isn’t a decent app for the masses,” he tells me.

That’s why the social entrepreneur and co-founder of Uplift Mutuals has designed an app. It allows its members to file a claim, check a claim’s progress, order medicines and register for different health services. Members can even see how many premiums have been collected, vote on governance and provide feedback. Many claims - around 80% - have been settled digitally in just hours, when they used to take a month. He had high hopes for his “high-tech, high-touch” app available in local languages, but then COVID-19 struck, setting back his plans to reach one million people by 2022.

“We are seeing a very different class of poverty being created,” he admits, “people who traditionally have not been poor. They have been working very hard to make a living and suddenly have a loss of livelihood [because of COVID]. So health is their concern, but they just don’t have the money to pay for it. It’s very difficult.”

Some of his current members can’t afford to renew their policies, a reality with which he’s struggled. To reach more people, he’s partnered with an organisation that works with truck drivers. There are about 20 million truck drivers in India, none of whom will voluntarily buy health insurance, he says. He’s hoping the app will appeal to people like them, and the likes of delivery drivers too. 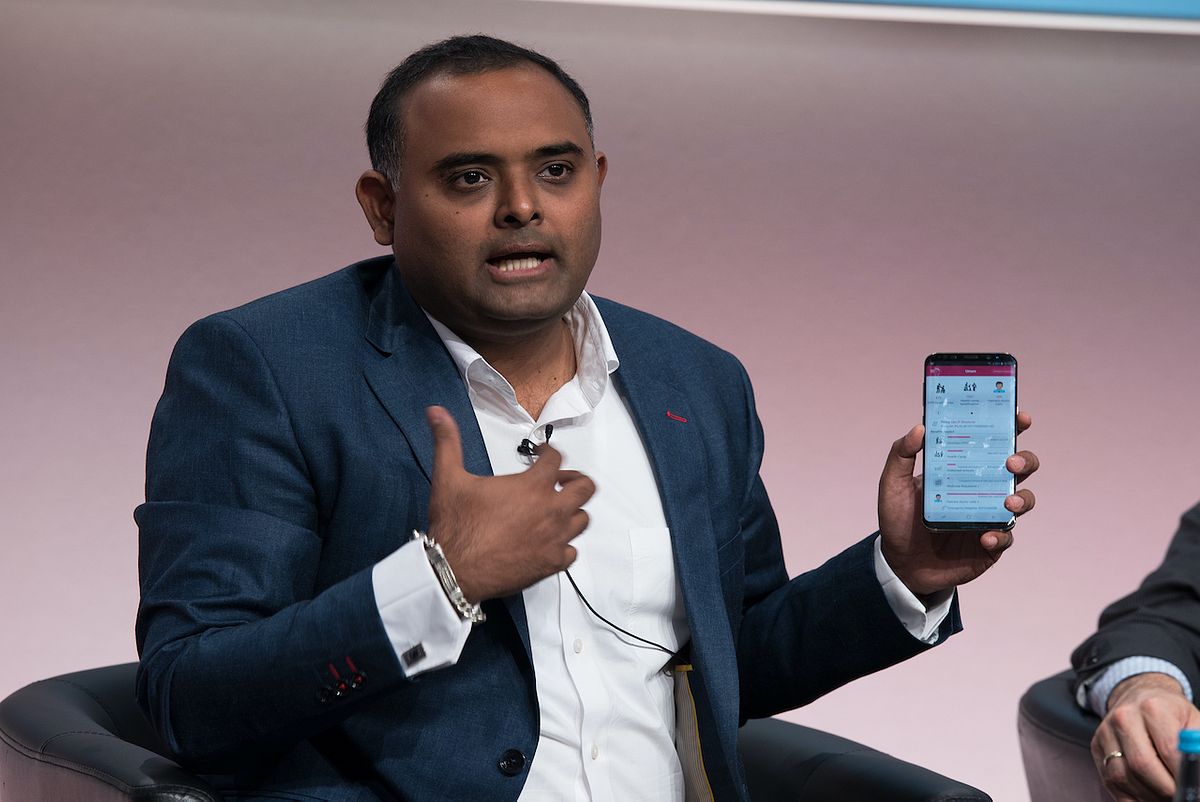 Tapping gig workers and the young

Many of these gig economy workers, for instance, don’t qualify for the government health insurance, which is subsidised, because they aren’t identified as poor enough. Shailabh believes there are about 200 million of these types of people; he calls these the missing middle.

Shailabh has COVID to thank for at least one thing: people are more willing to talk to a doctor over the phone instead of in person, because frequent lockdowns have restricted access to different areas. There is also more awareness that people need to take care of their health, but it comes at a time when many more aren’t able to pay. His members, however, have the advantage of knowing how much their treatment is likely to cost and what hospital or doctor to go to, in the event they do fall ill. This is something that Shailabh negotiated many years ago with his team of doctors, travelling from hospital to hospital with the intention of negotiating the best rates he could find.

His persistence has paid off in other ways. The entrepreneur realised that the best way to convince people of the importance of healthcare is to get them when they’re young. In India, the penetration rate for health insurance - measured as a percentage of GDP - is less than 1%. He’s therefore introduced a model of Uplift for 2000 underprivileged schoolchildren in Pune and Mumbai using donors to pay the premiums. There is a focus on nutrition and hygiene, as well as supporting girls. Regular screenings revealed some health issues that could be dealt with immediately, before they could turn into bigger problems. Shailabh is now hoping to expand this to about 100 million children. “It’s market creation for the future,” he observes. 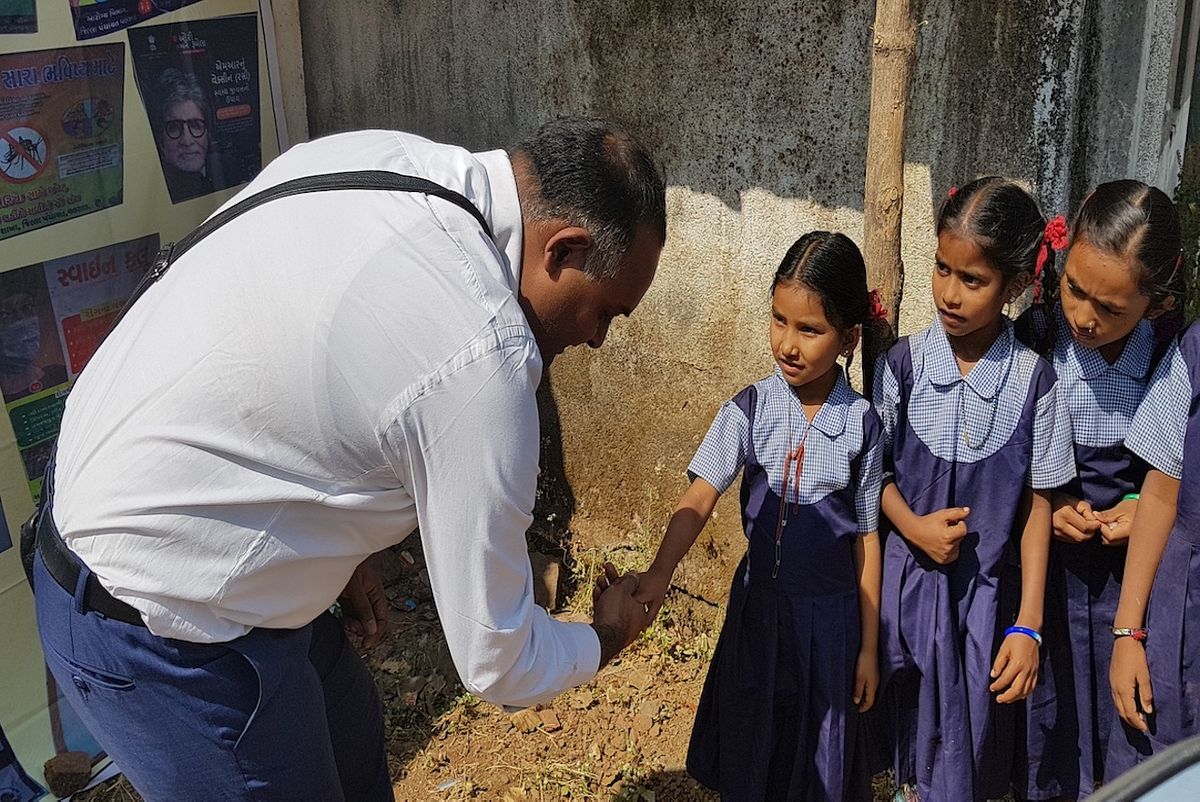 Held back by regulations: the dilemma

Banking on the future is something Shailabh needs to do, but Uplift’s survival is far from certain. Before COVID, the community-focused company had been stymied by regulations aimed at the wider insurance industry. The co-founder calls this regulation his “Achilles’ heel”. Commercial insurance companies are covered by reinsurance - think of it as insurance for insurance. It’s the process whereby insurers transfer portions of their risk portfolios to another party. This will cover an insurer when unusual or catastrophic events occur that require huge payouts. It’s almost impossible to scale up without it.

In the case of Uplift, raising money for reinsurance is extremely difficult because mutuals are currently unregulated by the Insurance Regulatory and Development Authority of India (IRDAI). Therefore, Uplift cannot approach reinsurers. Meanwhile, an insurance licence costs roughly between $13m to $25m, a cost they can’t afford. “If we have to raise so much money for doing something like this, we better shut down, because then profit will be our sole motive,” Shailabh argues. “I have been approached by investors who want 30% ROI [return on investment], but this is not a business in the traditional sense.” Shailabh is still trying to figure out a way around this problem but he compares it to being “tied by chains and asked to fly”. 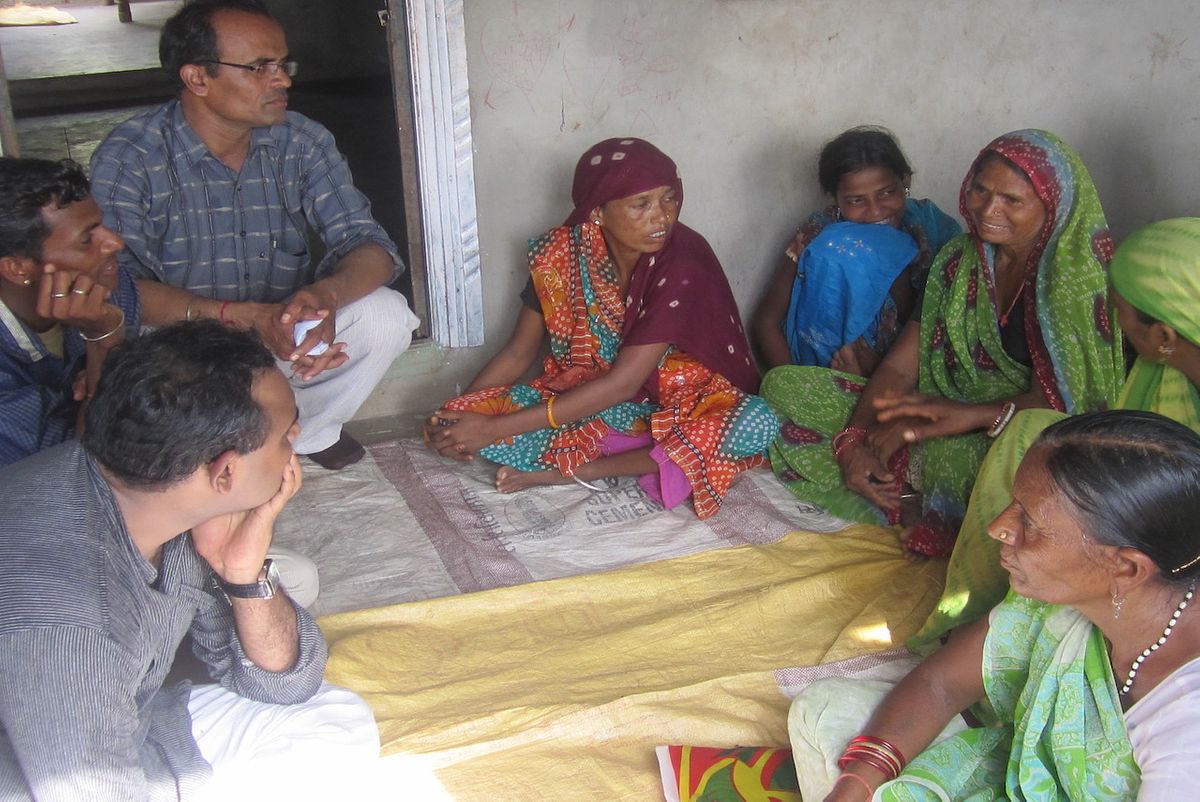 Despite these huge challenges, Shailabh is motivated to keep going. When he started out 17 years ago, he estimates that there were about 55 similar schemes to Uplift in India; today, he says, there are only about two or three left. He believes that their emphasis on outpatient care and using data have helped them last. By bringing together the community aspect of Uplift and the powerful data, Shailabh has been able to create a unique product that helps them make timely, cost-saving decisions.

Many of the people who are making these decisions, including on claims, are women. They come together on certain days and crunch the numbers; there is an underwriter who does the necessary legwork, but the final decisions are taken by community representatives trained by Uplift in risk management. Moreover, his team is 80% women and they hold key positions.

“We have failed quite a lot, but one thing that has kept us going was the fact that, whenever we went back to the women, we always got the wisdom that we needed to move forward.”

It was in fact a woman who pointed out to a private health insurance representative that commercial companies had no interest in keeping them healthy because they only made money when they were ill. It was this insight that led to the birth of the company in 2004. Shailabh and his co-founder, an actuary from France, realised that the poor needed a different type of insurance that is people-led, not profit-led. It’s this, Shailabh concludes, which will help “massify” insurance in India. Shortly, he’d like to open up the Uplift platform to different communities, building trust in the insurance product from the bottom up. It’s not his goal to be a one-off mutual insurance company in India. 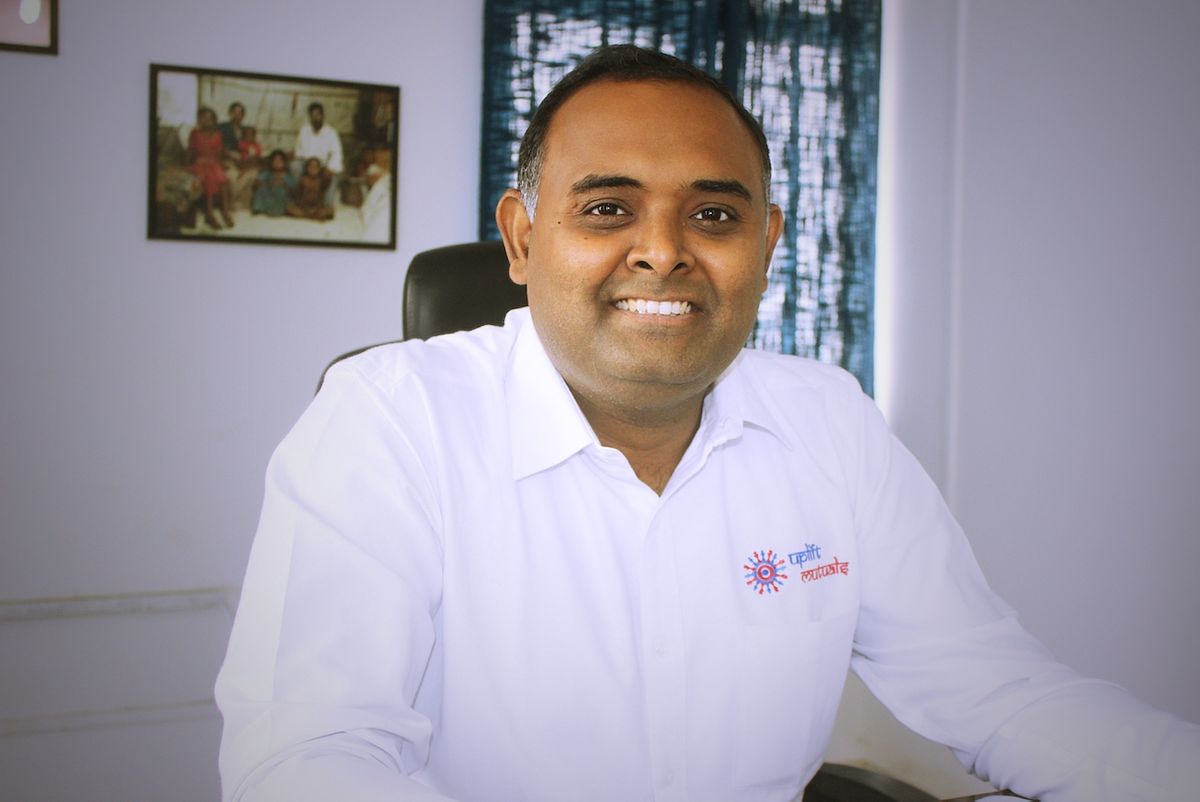 Technology that has heart

While Uplift Mutuals is not-for-profit, it’s not a charity. Shailabh would like more people to consider this to have merit, but he instead feels that people in the financial sector see it as less desirable. In his mind, however, insurance needs to be considered a “social concern”, not just a financial product. In France, he explains, one of the largest mutuals is a not-for-profit and it has been hugely successful, with several hundred hospitals in the country and a long track record. “It’s just that this hasn’t been explored as much here as for-profit has been explored.”

The entrepreneur’s view is that it’s easier to do good when we get our design and systems right. That’s why he believes in technology with heart. 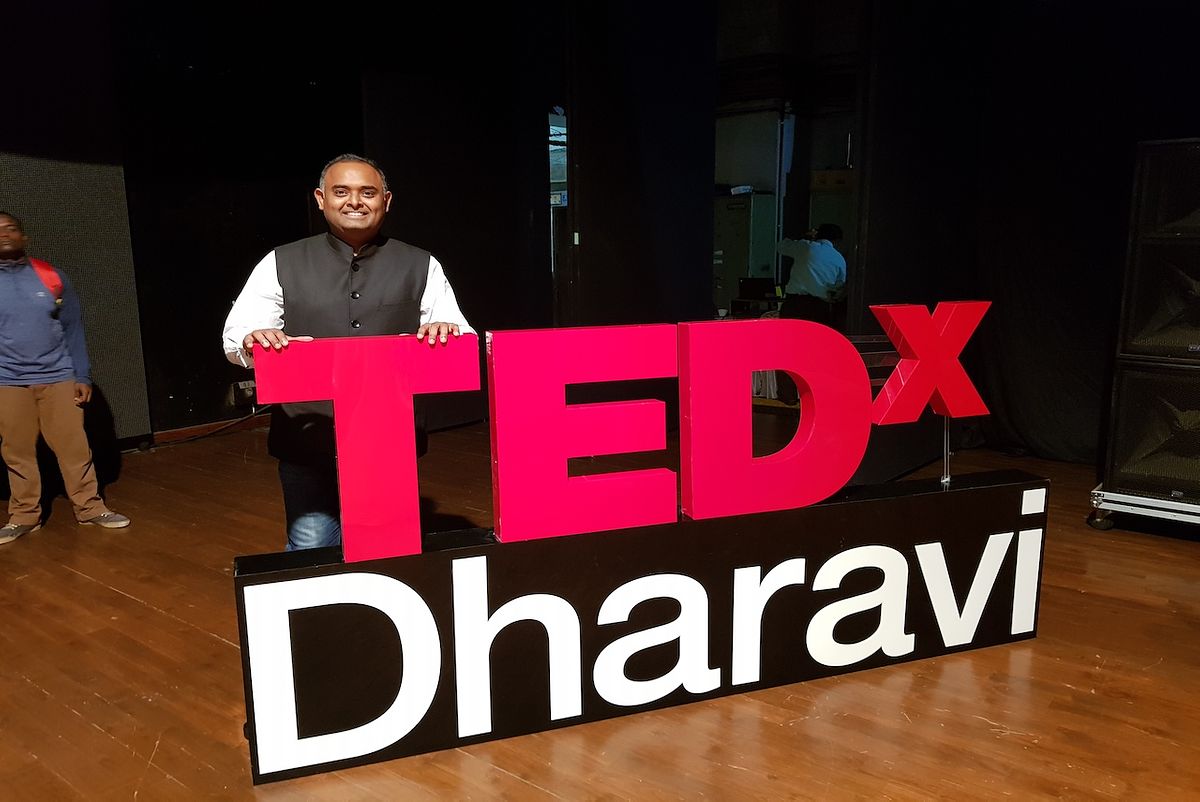 Kumar Shailabh is the co-founder of Uplift Mutuals and an Ashoka Fellow. He’s working to build India’s first digital mutual aid. His TEDx talk about Uplift can be viewed here.