How you can invest in solving climate change

As the climate crisis ramps up, one financial platform is offering investors the opportunity to divest from fossil fuels and make money.

Mark Carney, the UN’s special envoy on Climate Action and Finance, has been vocal about how shifting to a green economy can be one of the biggest opportunities of our lifetime. In an interview, the former governor of the Bank of England, said: “The dialogue has shifted from viewing climate change as a risk, to seeing the opportunity, and really translating that into a single objective, which is to move our economies to net zero as quickly as possible.”

Zach Stein is doing more than talking about the shift to net zero, he’s helping to build a coalition that will lead the transition. Zach is the co-founder and CEO of Carbon Collective, an investment platform offering low-fee, diversified portfolios that fight climate change. He asks retail investors to divest from the companies fuelling climate change and to instead invest in the companies solving it. Or to put it another way, divest invest.

This simple approach is part of the company’s strategy to make investing as easy as possible, for as many people as possible. In fact, the Carbon Collective doesn’t ask for a minimum investment, although you need to be based in the United States. Zach says this is part of their theory of change: to remove the traditional barriers to investing in climate solutions.

“Most people don’t like investing,” Zach says from his home in California. Before launching Carbon Collective, he interviewed his extended network and group of friends and found that most of them got “blocked” when it came to investing for impact. In part, it’s because it was too complicated to know the difference between one ESG (environmental, social and governance) product and another. It’s a barrier when people aren’t sure if their dollars are having the intended impact.

Even those who are actively looking to put some of their capital into fighting climate change often treat it more like climate charity, the co-founder argues. They might put a few thousand into a green fund or shift a few percentage points of their portfolio and that’s deemed enough. That’s why many of these climate funds can lack teeth.

The average person, Zach adds, would like to invest with the total market for low fees.

“We wanted to find a way of saying, ‘Hey, you can do that, but in a way where you’re getting a true climate focus in there.”

This became the starting point for the Carbon Collective: allowing individuals to collectivise their climate action through their investments. 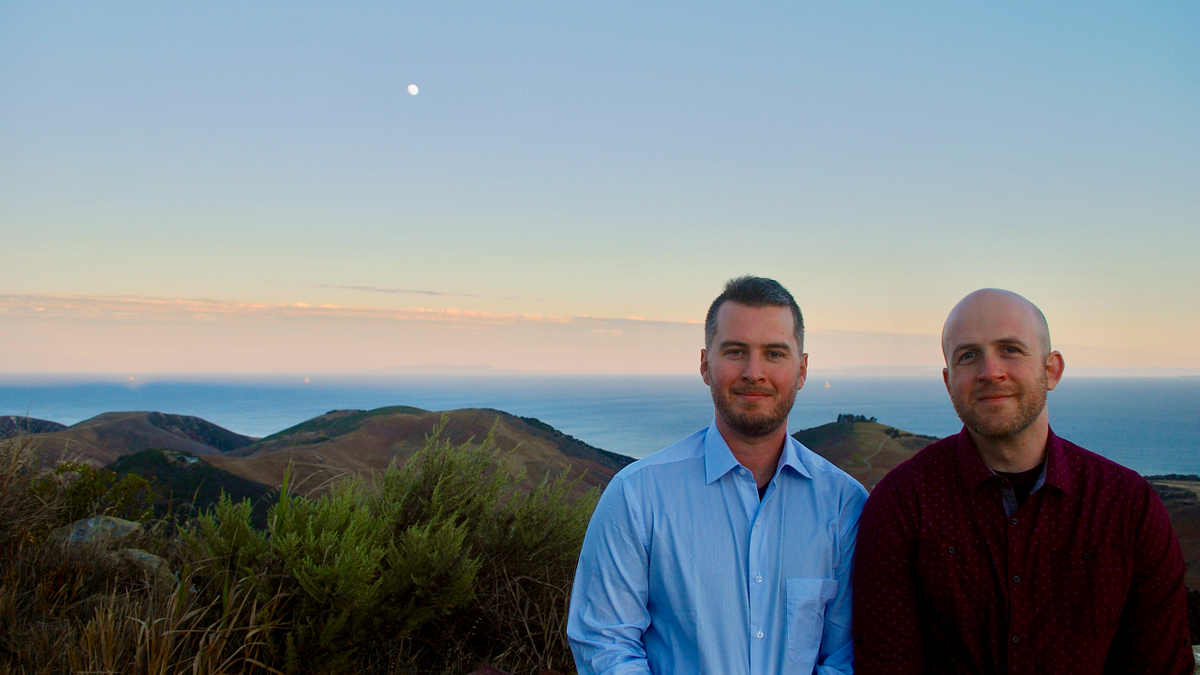 It’s natural to wonder how much difference our collective investments are likely to make to climate change. According to a Project Drawdown estimate in 2019, $600bn is invested globally in climate solutions. To keep global warming to within 1.5 degrees Celsius, however, we need to be investing more like $5tr a year.

Zach believes there is demand to bridge some of this gap, but that Wall Street cannot meet the supply because they are stuck in a “classic innovator’s dilemma” hindering progress.

“For them to embrace climate risk and climate opportunity and the ethics of investing in a way that is climate focused is to reject their core products,” he argues.

Instead, he believes a company like Tesla needs to come along to do for the finance industry what the electric car company did for the auto industry. “It took an upstart to come in and say, ‘This is the future. We are going to do something that is a radically different business model.’ They’re now dragging the rest of the industry with them.”

Whether Carbon Collective becomes a disruptor is not yet known, but Zach and his team are positioning themselves in the starting gates as the economy shifts to decarbonisation. One of their pitches is that a potential investor will see the same risk and reward from their core portfolios as they would from a standard indexed fund, simply by removing sectors of the economy that are in decline or declining.

The company uses carbon footprint to guide their investment strategy. There are 11 sectors of the stock market, with 85% of the carbon dioxide emissions from publicly traded companies coming from just four of them: energy, utilities, materials and industrials. Yet these sectors only represent 19% of the total value of the stock market. The companies relying on fossil fuels from these sectors are removed, including some of the big banks and tobacco companies. They’re replaced with a collection of over 100 companies building climate solutions.

It hardly needs to be said that investing in anything carries risk. Carbon Collective’s investment philosophy helps mitigate some of that risk. The startup only offers two portfolios, one which is a core product that functions like a standard index fund, offering diversification. The other is climate only, with potentially higher reward but also higher risk and consists of 169 stocks balanced against green bonds. As the company grows, Zach hopes to add more to the mix.

Their benchmark is the S&P 500 and the US Barclays Bond Index. They go back to 2015 to produce investing data and side-by-side comparisons. Any further back and there weren’t enough public companies in the climate index to make an accurate comparison.

Savvy retail investors might wonder if this strategy will come at the expense of good returns. The trends, however, indicate that investing more sustainably can pay off in the long term. Assume you had invested in the S&P 500 starting in 1989 - the year Zach was born - until the present time. Parallel to this, you’d invested in an S&P 500 with oil companies removed. The latter would have performed better over that period of time. It’s even more true if you’re only looking at the last 10 years.

Moreover, as growing numbers of investors lose confidence in coal and fossil fuels, it can knock the share price and drive the company’s viability down. “That’s part of the impact you can have as an investor in this space,” Zach tells me.

“The stock market is a collection of what capital believes will happen in the future and it can become a self-perpetuating cycle.”

It’s an argument the CEO has blogged about. 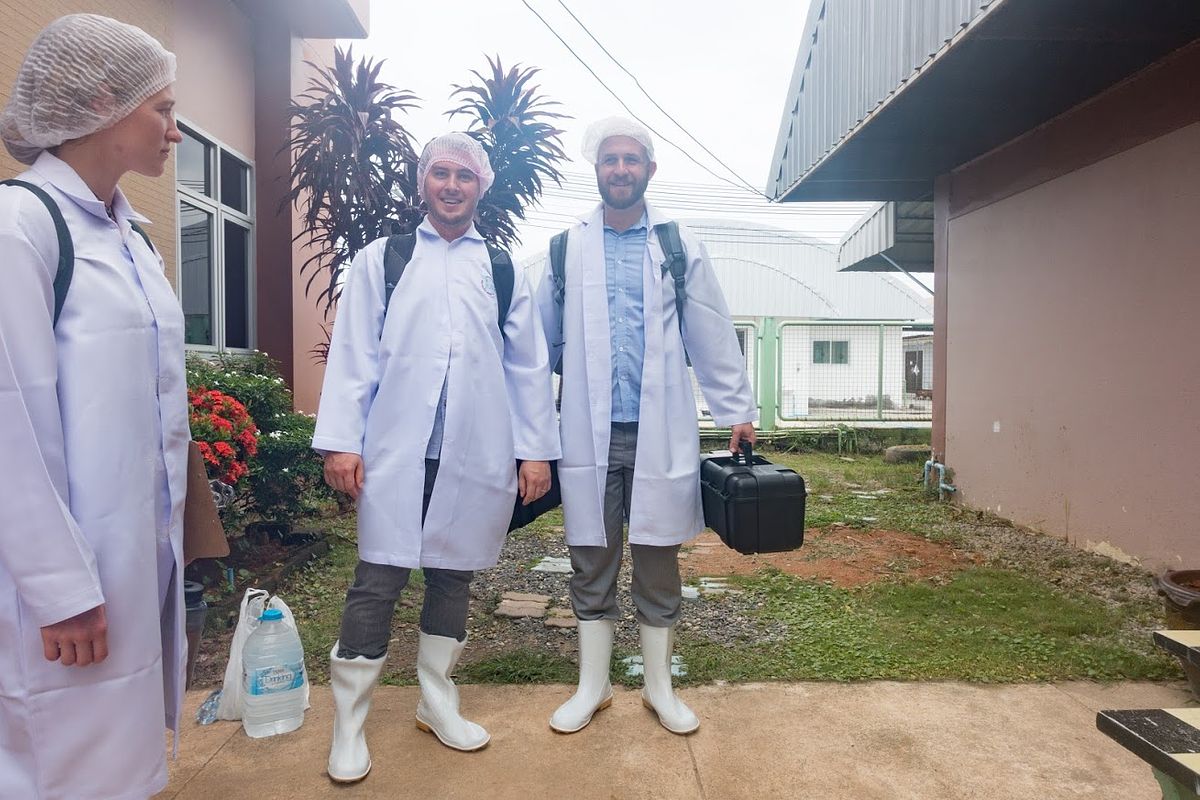 Not a Wall Street insider

Neither Zach nor his co-founder James Regulinski has a Wall Street background. They’ve been friends since the age of four and previously developed technology to help shrimp and fish farmers work more sustainably and save money. They have since put all their energy into the Carbon Collective, which launched in late 2020.

Not being Wall Street insiders can have advantages and disadvantages, Zach observes. On the one hand, the entrepreneur believes if they’d come from a finance background, they probably would have built another ESG product for the masses. “I think it’s very important that the background we come from is climate first. It is our job to find the best and most trustworthy resources on how to solve climate change.” On the other hand, people might wonder how this qualifies them to look after their money.

Zach points out that Carbon Collective works with Apex Clearing, a large US-based custodian that is responsible for holding and safeguarding investor assets. Accounts are insured up to $150m. If Carbon Collective goes out of business, the company will work with the investor and Apex to transfer the account somewhere else. You won’t be losing stocks and bonds.

One of the company’s values is to be as transparent as possible. On that point, the co-founder says they will shortly be publishing their full climate index database, revealing not only all the companies in it but those which didn’t make it and why.

This transparent approach can have the effect of putting pressure on those companies not pulling their weight. There have been calls for more transparency about ESG investments too, with a lack of standardisation and metrics making it difficult to independently verify claims. There have been numerous reports of greenwashing as a result. Zach would like to see an overhaul of ESG that addresses these points.

Meanwhile, other groups are working from the inside to transform ESG funds. Engine No. 1 is an impact investment group that doesn’t divest from fossil fuels but tries to influence the direction of a company by filling board seats with people who will act in the firm’s interests.

In June, the investment firm made headlines when it was able to win three board seats at ExxonMobil by spending $12.5m, less than half its original budget. “They don’t do any filtering,” Zach tells me. “They have an S&P 500 fund, but it’s all about voting. How do you vote the shares in there and pressure companies to do better across a range of ESG issues?”

Zach doesn’t believe asset holders will ever “lead the parade” to be sustainable, but he does think they’re now ready to go against management if they don’t clean up some of their practices and start acting more responsibly. 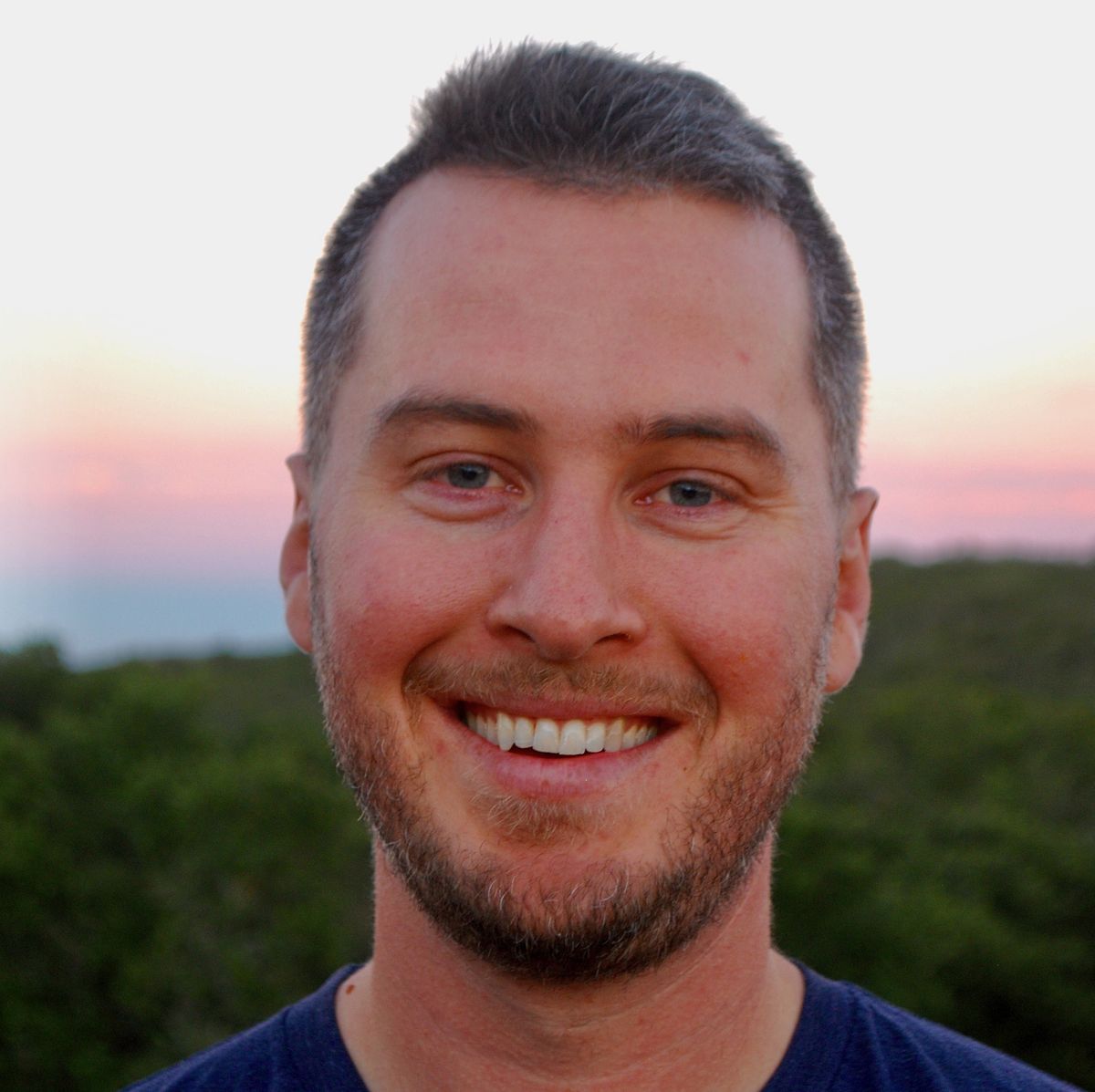 One of the obstacles to wholesale systems change is that people feel powerless. Zach would talk to people before launching Carbon Collective and hear them ask what an individual can possibly do in the face of such enormous challenges such as climate change.

He would respond by asking them how corporations and governments change.

“I haven’t found a way that isn’t through the collectivisation of individual actions,” he says.“We actually have an outsized voice as individuals and what the brands see as consumers. We can use that pressure and have a seat at the table as shareholders to stick around for the follow-through.”

While Zach fully respects what Engine No. 1 is trying to do with proxy voting, he argues that we need to be focused less on ExxonMobil and more on Coca-Cola. Why? Essentially because Coca-Cola can have their exact same business model in a world that is decarbonised. For Exxon Mobil, by contrast, you are asking them to “fundamentally change the golden goose”, something which they will naturally be reluctant to do. That might explain why fossil fuel production has actually gone up in the last 20 years.

Zach urges us to view the world through the lens of climate change and do your research when it comes to any investments, even your pension scheme. In that respect, Carbon Collective does give their clients the option to reinvest their pension scheme so that it’s not tied to fossil fuels and other damaging industries.

If we’re going to be ethical investors, we all need to be holding a high bar, the CEO reasons: “It’s not just saying this is less bad, but how does this actually create good? How does this actually build the world I want to see? We have to build it and that’s what investment does.”

Zach Stein is the co-founder and CEO of Carbon Collective, an impact investment platform that fights climate change through low-fee, diversified portfolios.