Impact investing for the creative arts

Can the creative industries help us address persistent inequality, inequity and exclusion? One woman is convinced of its investment potential.

It might have slipped under your radar, but 2021 is the UN international year of the creative economy. It recognises the need to build an inclusive economy that fosters innovation, provides a wide range of opportunities and supports the creative industries.

In 2018, UNESCO estimated that the creative industries generate annual revenues of nearly $3tn and around 30 million jobs worldwide, employing more young people than any other sector. Nearly half of these are women. It’s also growing and predicted to be a key driver of economic growth in future.

It’s therefore a potentially ripe area for investment, particularly for those who want their money to make an impact in underserved communities. Carolina Biquard is one such person who has recognised the huge investment opportunity in the creative industries.

Impact coalition for the arts

Together with a couple of partners, she’s launched an initiative called Creativity, Culture & Capital with the aim of attracting impact investors into the creative arts by showcasing its potential.

“The creative economy is growing so fast and bringing so many key solutions, and creative and impactful solutions to the social arena,” she says from her home in Buenos Aires.

Carolina is the co-founder and executive director of Fundación Compromiso, a nonprofit that has worked to strengthen the social sector in Argentina since 1992. Its mission has been to help nonprofit organisations tackle social, cultural and environmental issues in innovative ways. For years, the co-founder has worked with politicians, business professionals and social leaders to find the ways in which problems can become opportunities.

As she moves into the next part of her journey, the co-founder would like to mobilise large sums of private capital to do some of the same work she’s been engaged in up to now, but on a larger scale. Carolina recognises that charities and nonprofits can only go so far, constrained as they are by donations, grants and governance.

One of Fundación Compromiso’s partners on the journey is Nesta, a UK-based agency with an arts and finance programme tackling some of society’s biggest problems. The other is Upstart Co-Lab, an organisation connecting impact investing to the American creative economy. 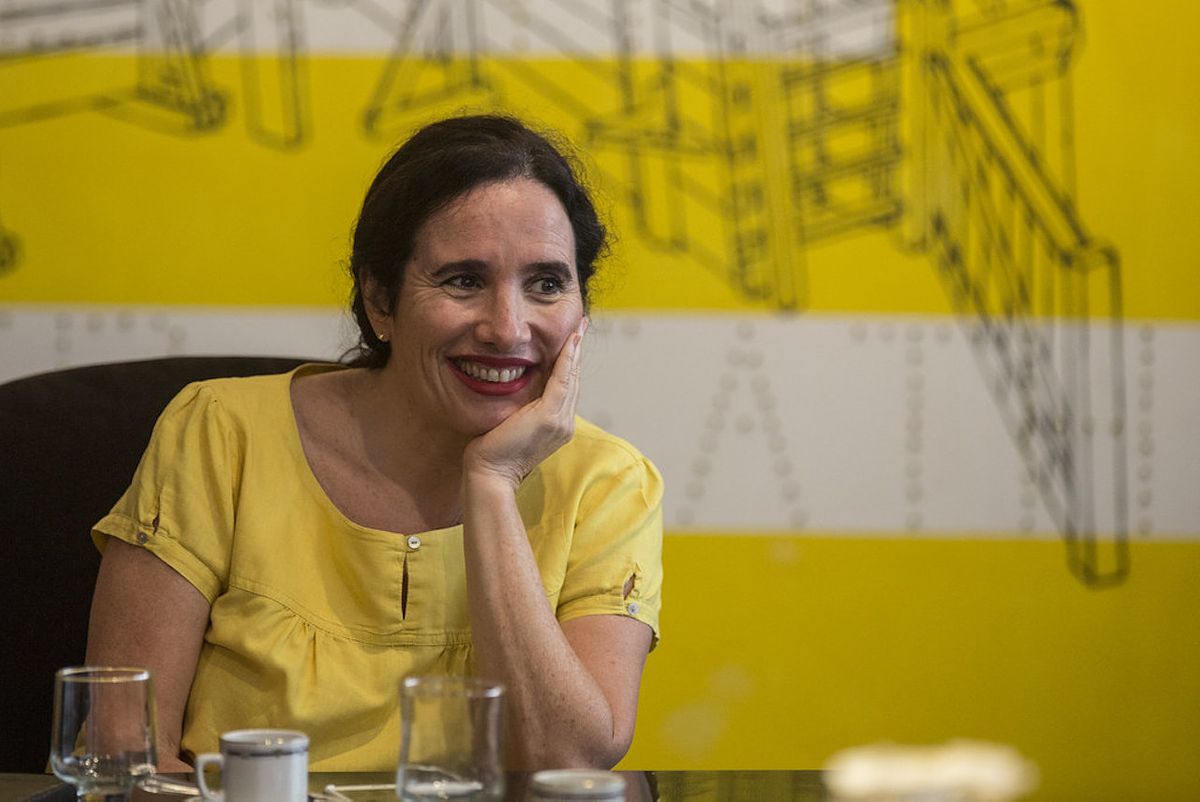 Investing with a creative lens

Their involvement brings with it wide-ranging experience. Fran Sanderson, the director of Arts & Culture Investments at Nesta, was pivotal in running the Arts Impact Fund, the world’s first impact investment fund for the arts and cultural sector. It started with £7m and eventually grew to £30m. Likewise, Laura Callanan at Upstart Co-Lab is mobilising large sums of capital for the arts in the United States and using it to address societal problems.

All three women have come together under the umbrella that is Creativity, Culture & Capital. It’s a way by which they can pool their knowledge, expertise and connections. Eventually, the plan is to use this joint initiative as a launchpad for a global arts impact fund that will invest in a range of projects across continents.

Carolina compares what they are trying to do for the creative industries to gender lens investing. Instead, this is investing with a creative lens. “It’s very challenging what we’re doing,” Carolina tells me. “We need to test the idea first.” 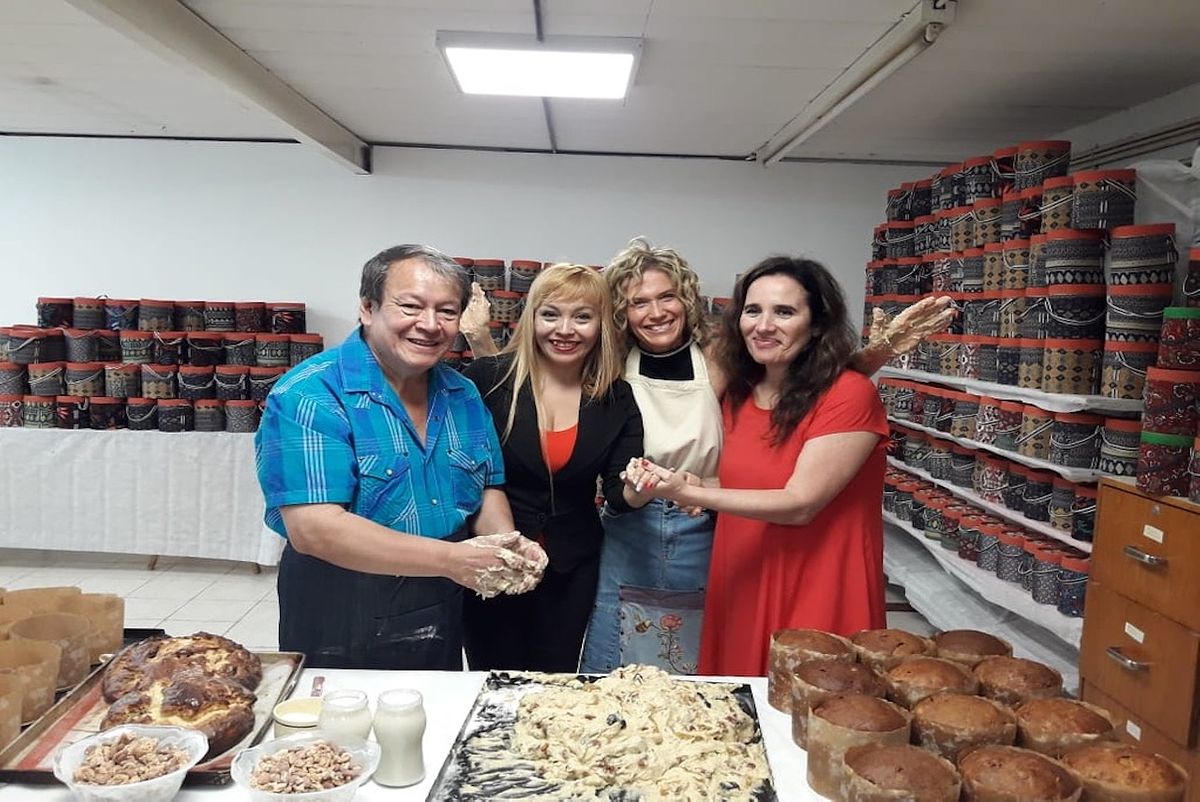 The testing ground is Potrero Digital, a network of digital learning centres supervised by Fundación Compromiso. The organisation has also helped raise the capital to fund them. These hubs train disadvantaged young people in digital skills such as animation, digital marketing, coding, web development and graphic design.

The courses are practical and some students are trained for jobs with Mercado Libre, the Amazon of Latin America, and one of the foundation’s partners. Other well-known names are supporting the project, including J.P. Morgan, Google, Amazon and Cisco.

So far, there are over 5,000 students learning virtually, in places such as Brazil, Argentina, Mexico, Chile and Uruguay. The partners help finance the training and if students are hired, these same companies agree to pay scholarships for another set of students.

Half of the students who join Potrero Digital get certifications, Carolina says, and 52% start working within months. Compromiso Digital, an offshoot of Fundación Compromiso, acts as an agency that helps the students find jobs and new opportunities. In the pipeline is a video game for a big client and a short film for a communications campaign. Both give the students the chance to test their newly acquired skills and learn on the job. 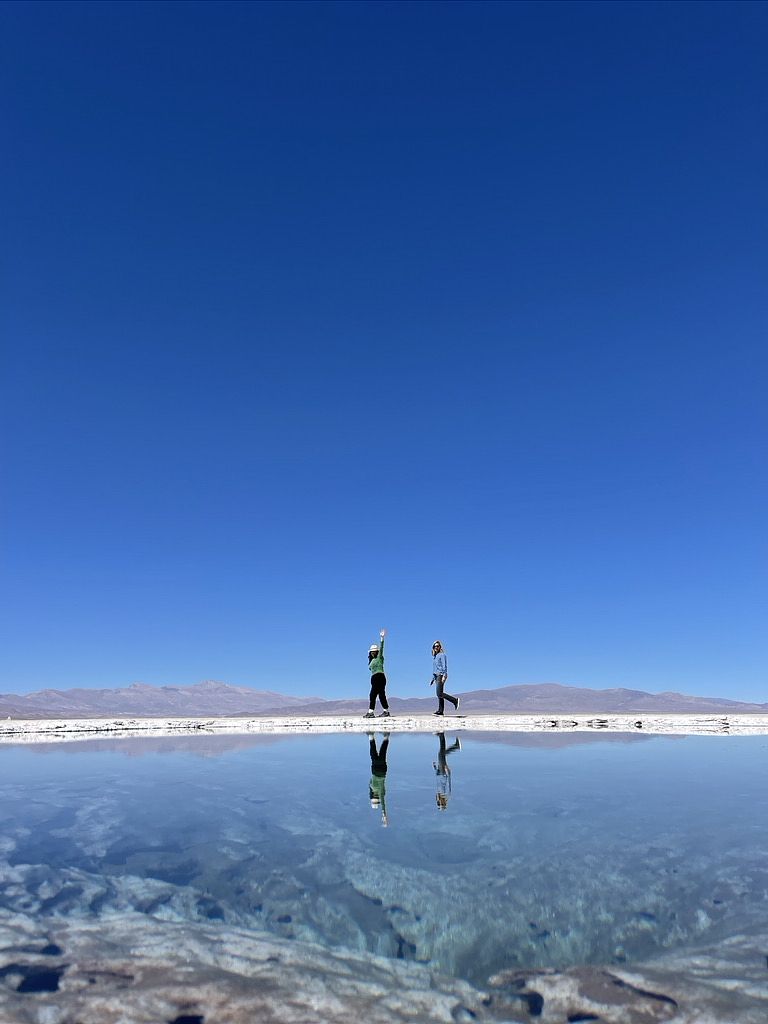 The executive director believes this kind of practical training is life-changing for some of the students in Argentina, where about 50% of the population is poor. The alternative for most of Potrero Digital’s students would be low-skilled manual work. “It’ll be a real change for them,” Carolina predicts, “because these people didn’t get the chance to study like you and me and now they have the chance to work on very interesting things and to keep studying.”

If Potrero Digital is sustainable, scalable and proves it’s investable, then Carolina envisions that it will make a strong case for funding the creative arts, marrying committed investors with social entrepreneurs and innovative projects. Right now, the data is promising. The students who come through Potrero Digital are securing employment and working to enhance the communities in which they live.

To grow awareness of Potrero Digital and other projects like it, Creativity, Culture & Capital has published a series of essays about the creative industries. These demonstrate how artistic people and ideas contribute to a healthy economy driven by some of the values that motivate impact investors. In an article Carolina co-authored for Next Billion, she said: “Businesses in the creative economy are tackling a range of issues that align with many of the key impact priorities, from climate change and health to diversity, equity and inclusion.” 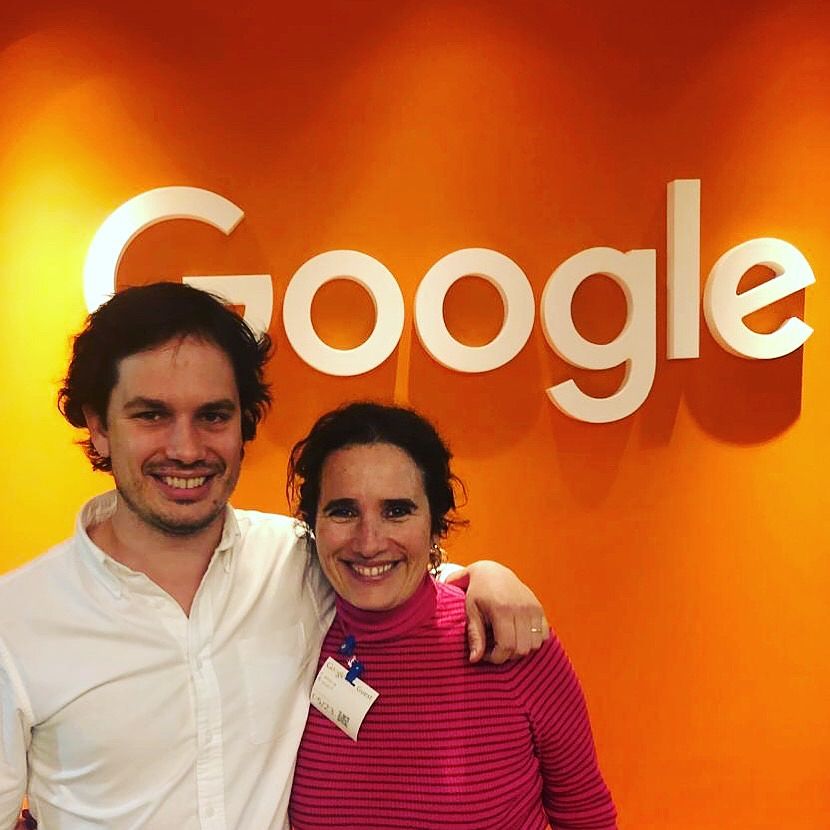 Carolina’s commitment to the creative arts is partly influenced by her time as president of Argentina’s National Fund for the Arts. In that time she was in charge of funding cultural projects. The organisation is unique in that it is governed by a small group, including several artists and an economist, without any government intervention whatsoever. The budget comes from royalties collected from artists and authors who have died in the last 50 years. Its autonomous governance strikes Carolina as a factor in its success.

Another influence is Peter Drucker, considered to be the father of modern management. Before his death in 2005, Drucker wrote extensively on corporations, decentralisation, marketing, and the importance of treating people as assets in organisations. Carolina credits Drucker with once saying that when someone is already doing what you’re doing, you put that aside and find some other interesting way of making a difference in the same field.

The executive director uses this to explain why Fundación Compromiso is ultimately moving in a new direction and pivoting into becoming an impact investing platform. Carolina is still hoping to help the social sector flourish but this time with more potential impact, backed by private capital directed at the sustainable investing market. As of 2018, the global sustainable investment market has been valued at more than $30tn and the trajectory is going up. 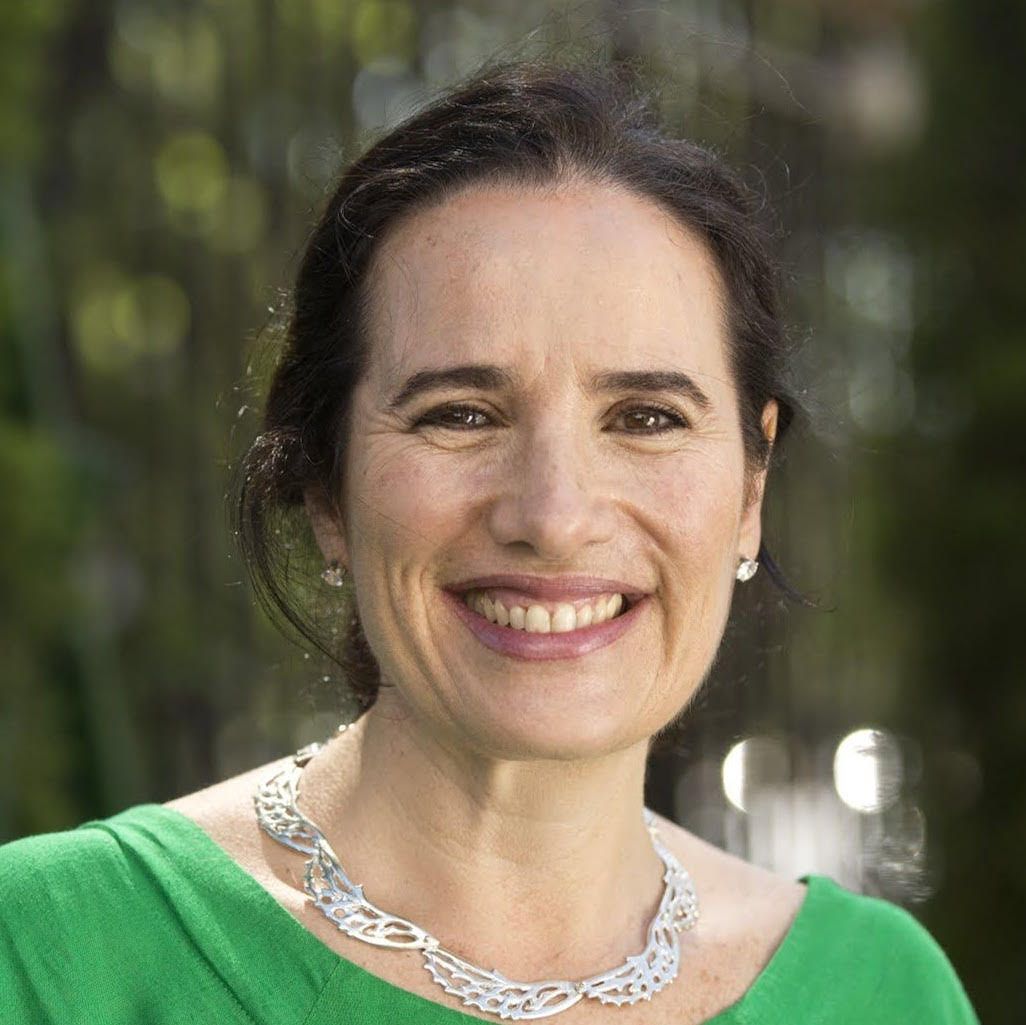 It has been nearly 30 years since Carolina co-founded Fundación Compromiso. I ask what continues to motivate her. “It moves me,” she says.

“I think all of us want to leave something behind and I think this is what keeps me alive. It’s like asking a doctor why he likes to cure someone. It’s like an inner call.”

Carolina believes in the importance of making a contribution, to find what you truly believe in and go beyond the expected. Drucker, she explains, said it best. After our conversation, she digs out a fax and sends it across by email, its words typewritten from California in 1996 and sent to Buenos Aires. Carolina had asked Drucker to define what it means to make a contribution. This is what he told her:

“First, did I go beyond what I was asked for, beyond what was needed to do a decent job, and leave behind new, additional, higher-value capacity standards? Secondly, did I learn anything new, important, valuable - and did it change ME? Finally, did I commit myself to what I believe in? Or did I just do it because it’s the expected, the proper thing to do?

“If the answer to all three questions is yes, and it isn’t nearly often enough, then I think I have made a contribution. Otherwise I have just done a job.”

If we can more often make true contributions in our lives, then we are more likely to leave the world a better place.

Carolina Biquard is the co-founder and executive director of Fundación Compromiso. She is also one of the founding partners behind Creativity, Culture & Capital.