In the Business of Conservation

One company is proving that making money and saving the planet are not mutually exclusive enterprises.

There are many startling facts about the perilous state of our planet today. For instance, we’re wiping out the rest of life on Earth a thousand times faster than the natural extinction rate. Or another: 96% of the mass of mammals on land are humans and livestock; only four percent are wild. Despite these facts, there are those who continue to believe that someone else will save us from ourselves. Kristin Rechberger is not under this illusion. Through her company Dynamic Planet, Kristin is actively bringing together different perspectives, sectors, and innovative solutions to the world’s escalating climate and conservation crises.

Dynamic Planet works on several levels, from the field to the political economy. One of its goals is to push for ambitious international conservation targets. Countries will gather in China later this year for the UN Convention on Biological Diversity, to determine how much space we’re going to give to nature. Scientific evidence shows that we need half the earth in a natural state by 2050 in order to keep providing for us. So a group of organisations – including Young Global Leaders of the World Economic Forum, of which Kristin is part – have been advocating for 30% of the planet to be protected by 2030 [30x30].

“People say, ‘How can we feed 10 billion people and restore nature?’ The irony is, the more people we have, the more nature we need. Functioning natural ecosystems are our life support system,” Kristin says. 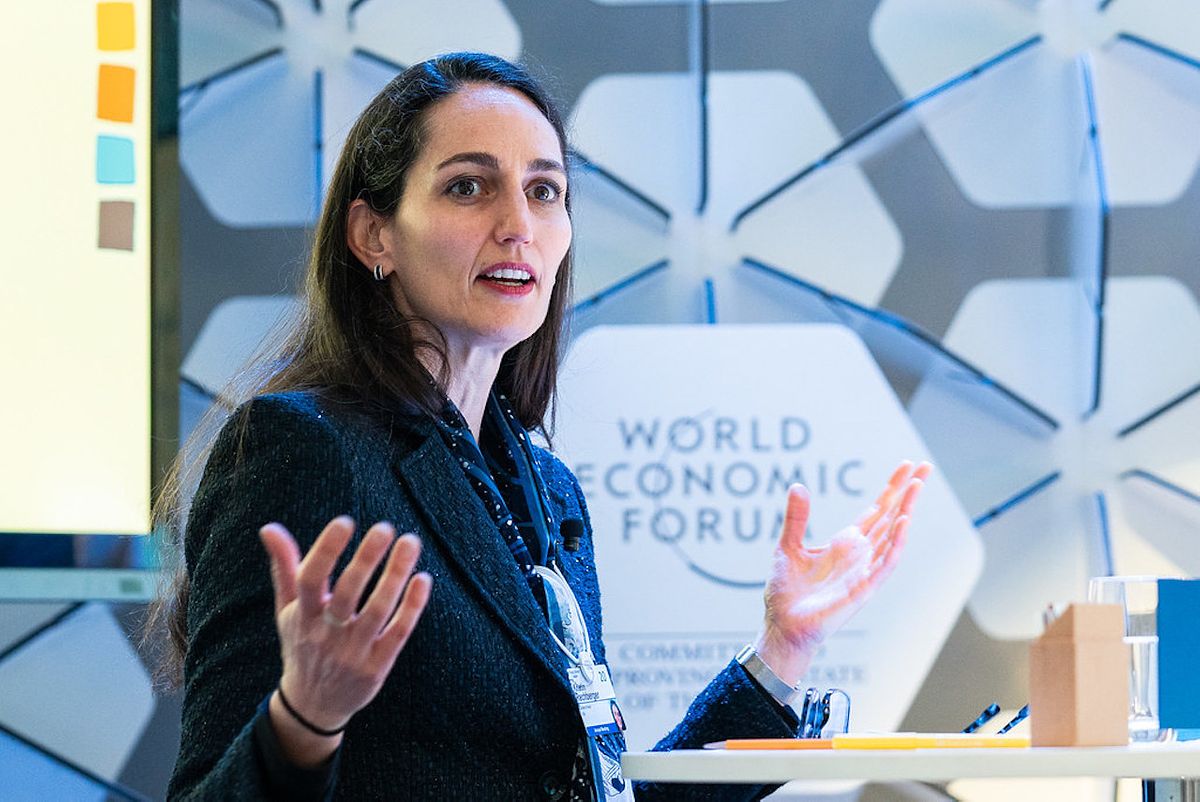 Dynamic Planet is especially invested in ocean regeneration and related conservation markets for sustainable financing. The scientific journal Nature just published a study about protecting the biodiversity of the ocean with Kristin as one of 26 co-authors. An editorial summarised some of the findings. “This is our ocean ‘blueprint’ for 30x30,” explains Kristin, “as it provides a detailed mapping framework of how community and government leaders can optimise for marine life, food provisioning, and carbon storage in their countries.” When marine areas are protected, they have a chance to heal and regenerate, which in turn attracts ocean-based tourism and replenishes nearby fisheries.

The Nature paper has already received attention from the global media and governments, in part because of the research the team undertook on the impact of bottom trawling on stored ocean carbon. Kristin explains that the commercial fishing technique disturbs the sediment on the ocean floor and the carbon in it. Some of that carbon turns into carbon dioxide (CO2), a greenhouse gas. Much to the surprise of the co-authors, the global CO2 emissions into the ocean from bottom trawling are as large as the annual emissions of global aviation into the air. “This has never been included in global carbon calculations before,” the co-author tells Invest for Good over Zoom.

Dynamic Planet plans to work with the next stage of this research, to help create a marine carbon market with conservation outcomes for governments, incentivising them to end destructive bottom trawling with carbon offsets. 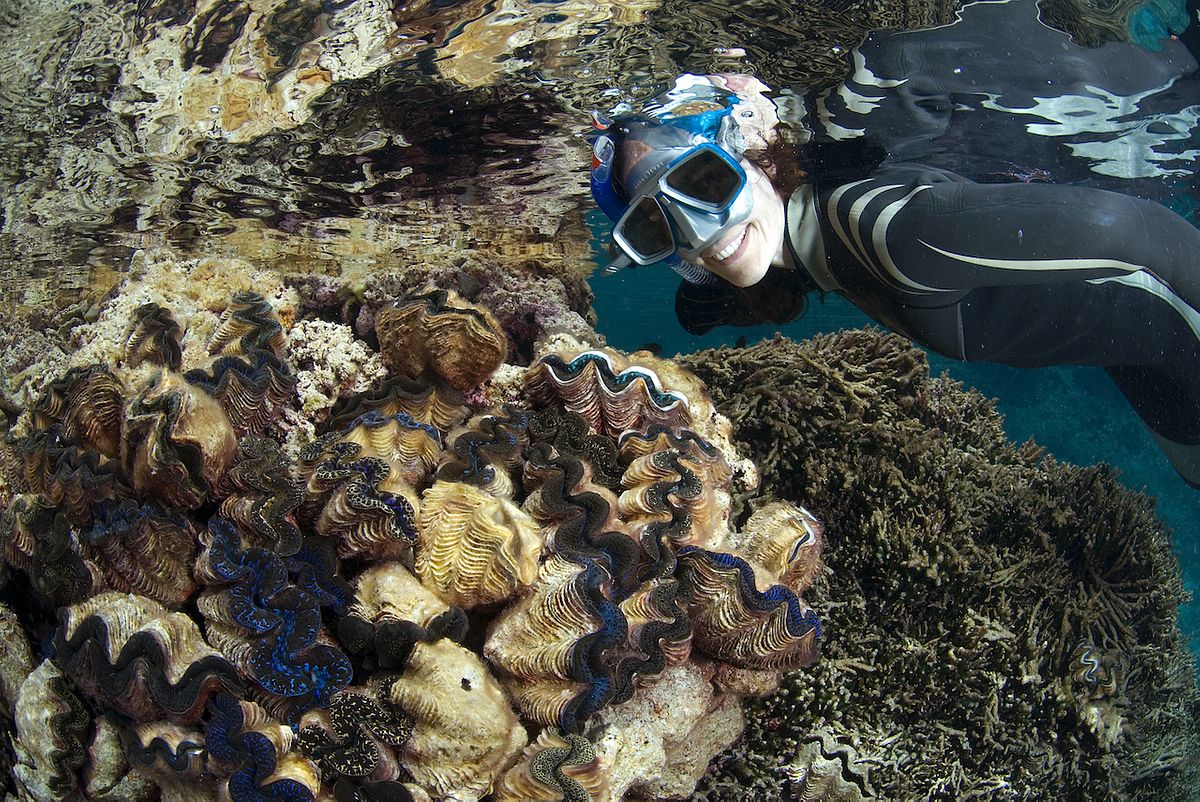 A holistic view of conservation

Kristin likens herself to “connective tissue”, someone who addresses a problem holistically to optimise impact, and finding the best people who can help get it done. With a 14-year career at National Geographic behind her, she is well positioned for the role of matchmaker - connecting people to benefit nature and the economy. “I love working between experts and sectors to break down silos and translate solutions,” she explains.

While working as the senior vice president of global programmes and partnerships at the global nonprofit, Kristin witnessed the power of philanthropy. Ultimately, however, she believed in changing the overall way we use money, measure growth, and disclose operations across supply chains and the entire financial spectrum. She set up Dynamic Planet as a company to prove you could make money and restore nature, working from the base up. Recent seminal reports, such as The Economics of Biodiversity commissioned by the UK Treasury, are breaking an old myth that you have to choose between the environment and the economy. A healthy environment is in fact the foundation to a healthy economy. When Kristin founded Dynamic Planet in 2012, she used to tell people that she was helping build “conservation businesses”. They would respond by asking if such a thing was an oxymoron. “I don’t get those questions any more. I think that alone is progress.”

Dynamic Planet’s key marine partner is National Geographic Pristine Seas led by Explorer-in-Residence Enric Sala. Working with communities and governments around the world, Pristine Seas has helped create 23 large marine reserves, covering a total of 6.5 million square kilometers of ocean, approximately twice the size of India. “I’m excited about that because we’ve been able to safeguard the Serengetis and the Yellowstones of the ocean before they’re gone,” says Kristin. “We’re happy with these national parks in the sea but there’s a lot more to do for more effective management, and for communities to directly benefit from the conservation businesses of ocean replenishment.”

Next up for Pristine Seas and Dynamic Planet is to help protect and economically regenerate 40 more places through ecotourism, sustainable fishing, and carbon markets. In addition to their own contribution to the 30x30 goal, they hope to cultivate many other partners to “dive in”, to build a responsible blue economy. Kristin is happy when the communities that live around marine reserves say they are better off from them. “There is no greater proof that marine reserves work than when fishermen are happy from more fish in the ocean,” she says. “Or local dive businesses are thriving from their good management of an underwater wonderland. To me, that’s success, and it shows others what can be done. That is how we will get to scale. Imagine a world where we harness and perpetuate versus undermine the power of the ocean!”

Incidentally, the international community set a target to protect 10% of the ocean by 2020. Did they meet the target? The answer is no, but they got close - it is currently about seven percent. “I’ve learned these targets aren’t enough, but if you don’t have them, there’s no unifying north star for everybody to shoot for,” the CEO reasons. She guesses that if countries hadn’t set the target of 10%, probably much less of the ocean would be protected today. 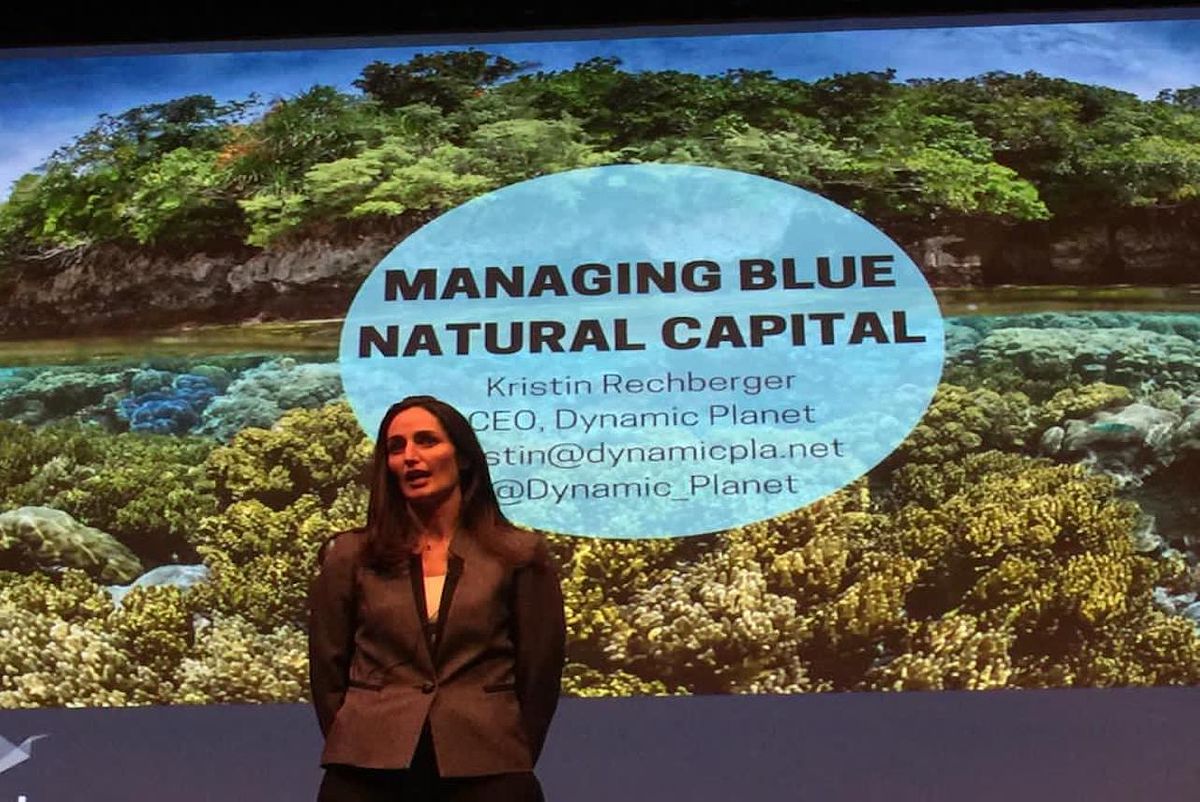 COVID as a catalyst to change

While we have all been impacted by the pandemic, Kristin believes COVID-19 may be a catalyst to protect more nature and build resilient, inclusive, equitable supply chains.

“COVID is a direct result of our broken relationship with nature - and look what it has cost us. If we don’t rebalance ourselves with the rest of nature, this is just the beginning. I personally feel like COVID has been the great reveal of all our problems. Because the world literally stopped and everyone has been isolated, I feel like some people are doing a deep inventory.”

This could include people asking themselves how to make their own lives better, naturally leading to how they could make the world a bit better.

At Invest for Good, we can see that it’s not just people who are waking up to a new reality, big business is climbing on board too. Just take a look at the World Economic Forum’s latest global risks report. In its introduction it talks of environmental degradation as an “existential threat to humanity”. Meanwhile, its complementary Global Risks Perception Survey put environmental risks in the top two by likelihood and impact. This is based on the views of over 600 respondents in its leadership communities.

Kristin is thrilled that nature is moving from the margins to the main agenda, because our health, our economy, and our societies are totally dependent on it. Of late, major investment houses such as Blackrock are taking nature risks and sustainability seriously; automotive companies, like General Motors will be transitioning to electric vehicles by 2035; Microsoft has pledged to be carbon negative by 2030; and the US dairy industry is pushing to be carbon neutral by 2050, just to name a few.

“We have to reset our habits for the long term versus short term and COVID has been one shock forcing that reset,” argues Kristin. “With momentum in the business and investment community we have a shot at aligning our production and consumption with nature and I’m really excited about it.” 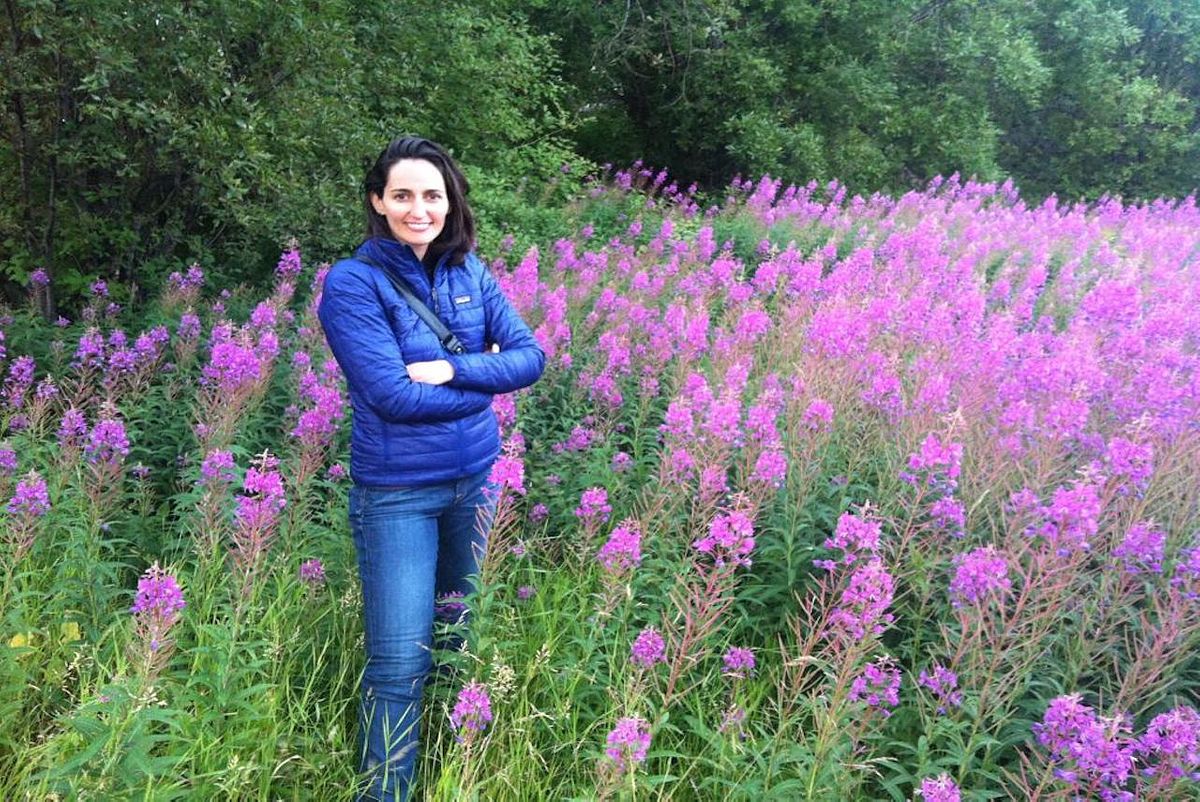 While there are many reasons to feel optimistic, there are still plenty of climate deniers and sceptics, some of them in positions of power. How can Dynamic Planet and its partners counter the trend of calling anything you don’t agree with ‘fake news’? Kristin admits that denial, ignorance and greed are the biggest challenges to their work. She asks hypothetically what kind of communications campaign could make a breakthrough without getting a backlash from short-term corrupt interests or those who are in denial and angry. “How do we keep breaking through to bring inclusiveness forward for everyone’s gain? How can people feel engaged and proud to be part of the solution versus terrified of change and swayed by special interests?”

The reality, though, is that people will believe what they want to believe, even when you present what you think are incontrovertible facts. At least Kristin now feels that the political wind is blowing the right way, and with that comes a change of tone. With work that takes her to the Russian and Canadian Arctic, among other far-flung places, Dynamic Planet tracks the political cycles closely, because politics and policy set the operating systems for this work.

Based in Washington D.C., with a view of the Washington Monument from her roof, the change in the US Administration has been a huge relief.

“The environment is for everyone and shouldn’t be politicised,” she says. “We all need to let science - evidence - be our guide and move forward to ensure future generations can prosper as we have. The other option is to continue working against our own self-interest. To be blunt, we’ve been investing in our own extinction. We have a decade to turn things around until there is irreversible damage - and every day counts.”

Given that local people are the stewards of their own local resources, Dynamic Planet works to benefit local communities economically as much as possible, which is one way to safeguard against political leaders who may try to strip away progress. 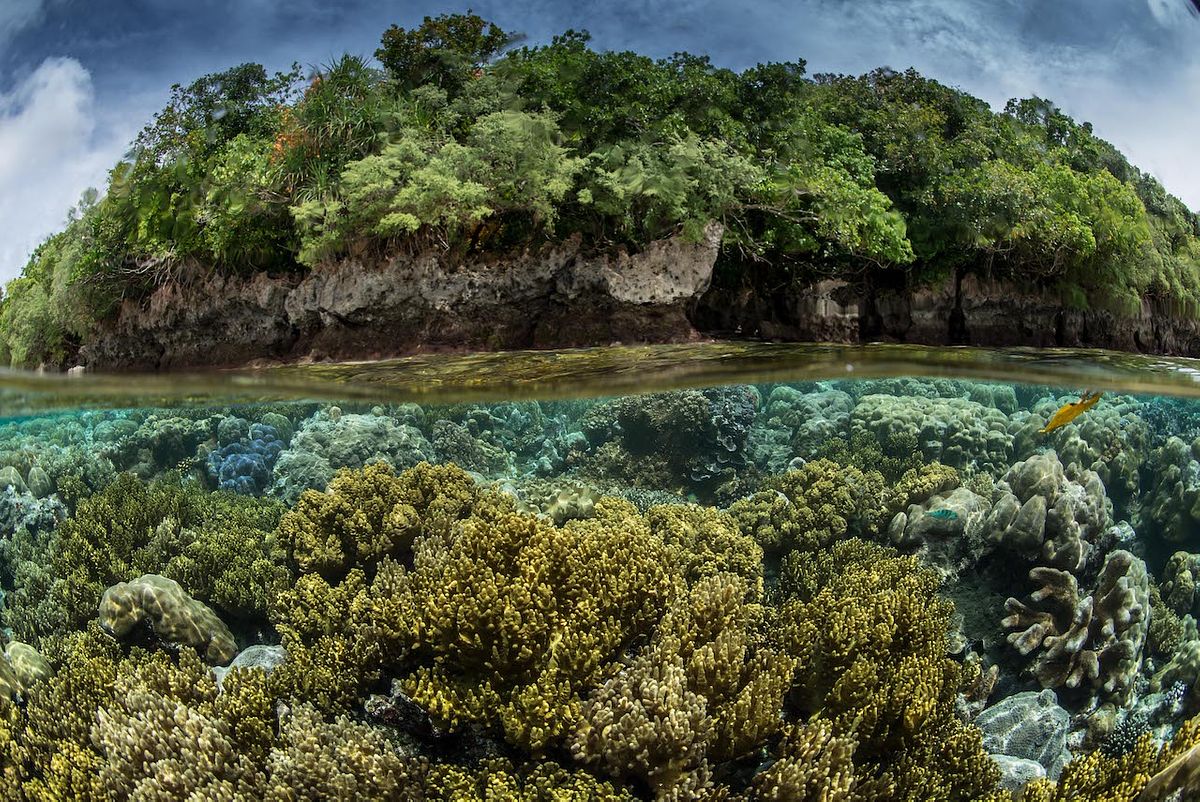 Use your personal economy

Kristin is also advising private banks and funds on natural capital accounting and through those consultations she draws hope. “I think family offices and investment houses are realising that it’s not just about accumulating money, but developing wealth as a real legacy,” she says. “And wealth includes investing in a healthy environment and just society.” While these conversations are taking place at a higher, strategic level, there is a place for all of us to get involved. Kristin believes that we should never doubt our power to use our local and personal economy to do the right thing.

Working to save the planet is actually serving our own self-interest. As Kristin points out, humans are pretty good at following the right path when our own lives are on the line, and we have a history of collaborating when we need to. “It may take us a while to get there, but we will eventually do the right thing,” she predicts. We’re all hoping she’s right.

Kristin Rechberger is the CEO and founder of Dynamic Planet, a company that works with entrepreneurs, communities and partners to advance markets that restore nature.