Money, finance and business could, and should, be used to do good in the world. We sat down with Joel Solomon, a leading voice in the impact investment movement to talk capitalism, transparency and how to put your money towards doing good in the world.

When it comes to impact investment, Joel Solomon has history. Serious history. The 65-year-old’s interest in money as a force for good started during his formative years in Chattanooga, Tennessee, and was solidified in the early 1980s with his first investment in pioneering organic company, Stonyfield Farm yoghurt. 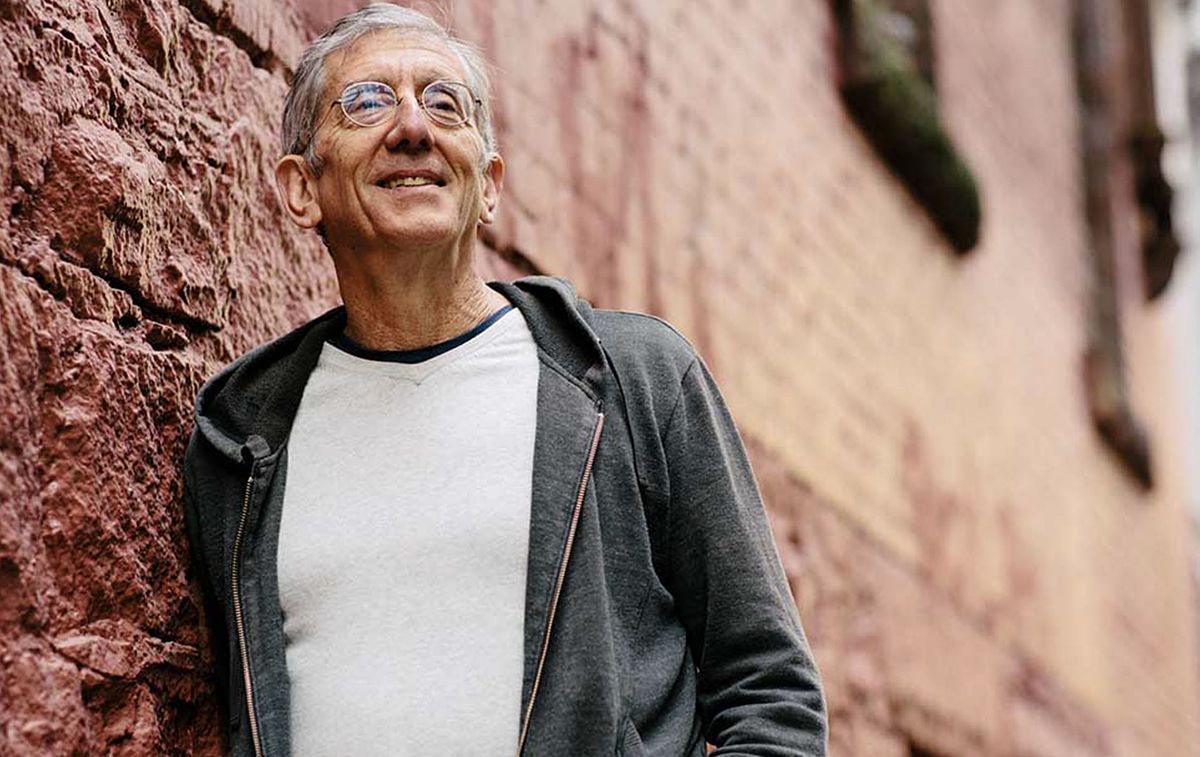 Throughout his career, his interests have stayed loyal to the ethical and environmental, and he’s worked mainly on projects involving his personal passions – soil and climate.

A major chapter of his adult life has been spent working with philanthropist Carol Newell. The beneficiary of a large inheritance, she employed Joel in 1993 to ‘design, strategise and deploy tens of millions of dollars’ using capital for social impact.

Nearly 15 years later, the pair went on to co-found Canada’s largest mission venture capital firm Renewal Funds. They were joined by Paul Richardson, a long-time colleague, who was pivotal in establishing the firm and who immediately took on the role of Managing Partner. Renewal Funds is now managing close to $250 million, invested in organic foods and environmental technologies.

Joel is a senior advisor with RSF Social Finance, a financial services organisation looking to revolutionise the way people relate to money. He’s also an author – his book The Clean Money Revolution, 2017, shares his personal journey alongside his beliefs that ‘clean money’, which doesn’t harm people or the planet, can be used to create positive social and environmental change.

It’s fair to say, Joel Solomon is a leading voice for the impact-investing movement. So what ignited this long-standing passion for social entrepreneurship?

“I grew up in a family of entrepreneurs,” says Joel, explaining how his career was influenced by his upbringing. “My father was the son of an immigrant to the United States, and he and his family started out in the movie theatre business.”

After one of the family’s movie theatres blew down in a tornado and another was found to be sitting on valuable land, the small chain was sold to property developers and Joel’s family moved into the business of shopping malls.

Joel explains how this meant he was exposed to the idea of working hard, having a business idea and making your way up from a young age. This hard working, entrepreneurial attitude was only part of the story, though. Joel also had a keen interest in the world around him and how it was affected by the actions of those who lived in it.

I decided that money, finance and business could be an equally powerful tool for doing good in the world.

“You have to remember this was the ‘50s and ‘60s he says,” citing the civil rights movement, the Vietnam War, and his artist mother’s questioning of society as an influence on his outlook. “I was interested in both the model of, ‘you can pull something off and take care of your family’, and also the questioning of capitalism and how it was being done.”

These dual interests came together for Joel in his 20s. Working in President Jimmy Carter's campaign for President, he was exposed to some of the early entrepreneurs taking an interest in the ingredients, supply chains and origins of the businesses they were running or investing in.

A small inheritance meant he decided to join them, making his own investment in an organic yoghurt producer. Originally a small nonprofit organic farming school, Stonyfield Organic products are now sold in supermarkets across the US and the brand’s ingredient purchasing supports hundreds of organic family farms across the country.

It was with this initial success that Joel caught the bug. “I decided that money, finance and business could be an equally powerful tool for doing good in the world,” he says. “My life passion was to be an entrepreneur who wanted to solve problems, make changes and improve things.” 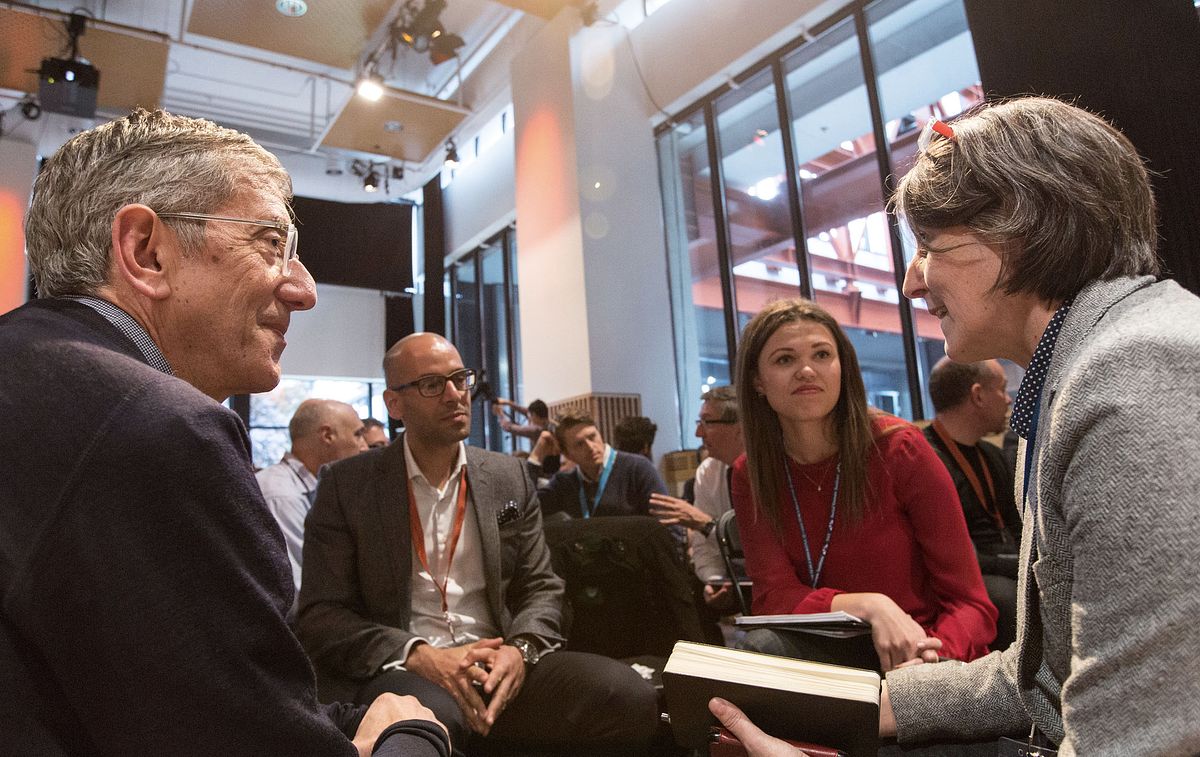 The future of social entrepreneurship

Since Joel’s early investments, the impact investment sector has grown exponentially. He’s seen firsthand many of the changes, and has been among the pioneering entrepreneurs and companies influencing each other to stretch their boundaries and innovate.

“The landscape is now filled with people who believe the principle that money, business and finance can be used to do good in the world,”  he says. “We're in an explosive period of people tackling all kinds of global and local issues with financial tools.”

It’s a period he predicts will extend well into the future, particularly with the intergenerational transfer of wealth.

“Younger generations are better informed,” he says. “They are concerned and in some cases even panicked about the finiteness of this planet that we have and the social issues that follow from the success of the species.”

“And we have a wave of entrepreneurs that are problem solvers, and see that business could solve many things,” he adds. “ This is an area where we are able to blend passion, spirit and caring, with economic activity to build a successful life for more and more people.”

He reiterates, however, as he does in his book, that investing for good and building transparency in supply chains and businesses should not be seen solely as a ‘nice to have’ going forwards. 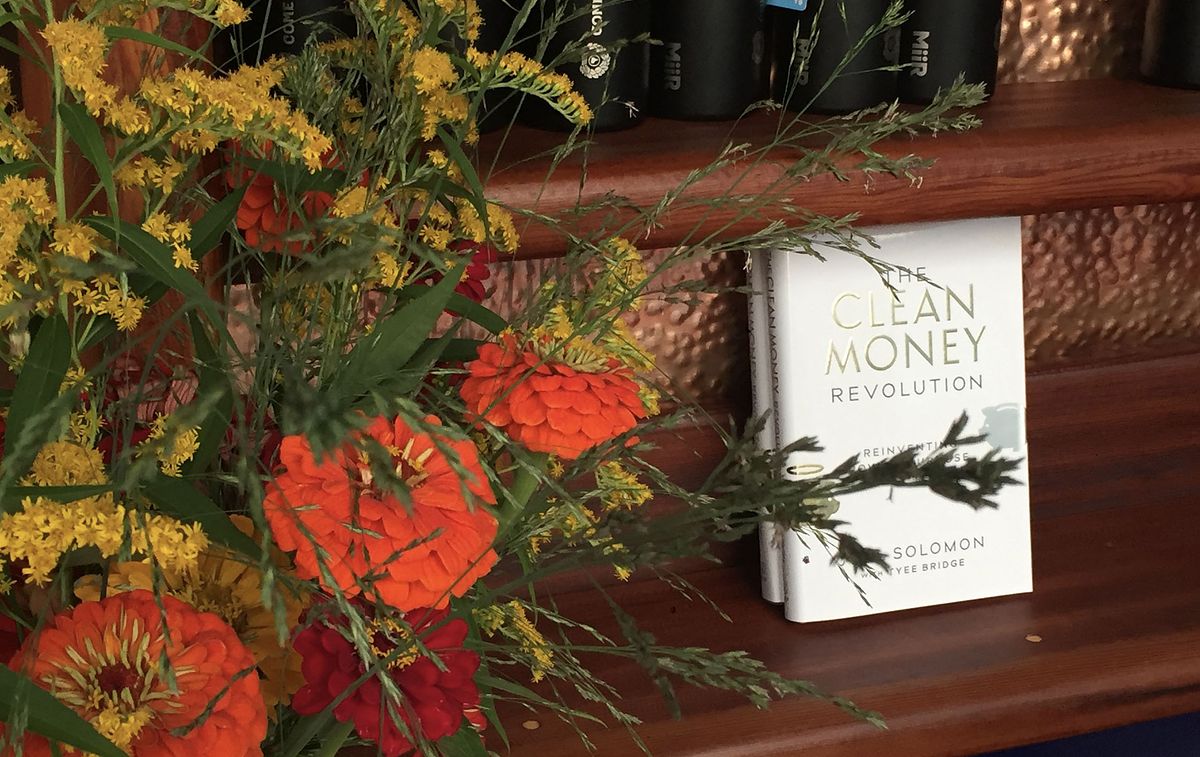 “Our name is on our money,’ he says. ‘We have some responsibility for that, and we should learn more about it.

“We are the ancestors of the next generations and we are building the world right now. Can we leave them an even better place to be, an even better society, after we're gone? That's our job as ancestors.”

Find out more about Joel Solomon and The Clean Money Revolution on his website.