The company brewing up success

NEMI Teas has a mission to help refugees find employment but it also has emerged in good health from the pandemic.

Pranav Chopra’s business journey proves one thing: a dinner party can change your life. The former corporate management consultant was sitting next to a few refugees who explained that they couldn’t get a job in London because they lacked local job experience and references. The story of a former journalist from Sudan especially resonated with him. Pranav swore to himself that evening that he’d launch a business to help them as they struggled to settle into their new homes because of the challenges of finding paid work.

That was October 2015. Six years later, Pranav is at the helm of NEMI Teas, a social enterprise founded to help refugees get onto the employment ladder. Since those early days, he’s hired 21 refugees, 14 of whom have gone on to either full-time employment or education.

The numbers may not be huge, but the impact certainly is. Ultimately, NEMI Teas helps its employees eventually find jobs that are suited to their skillset, not languish in low-paid employment. This makes the opportunity potentially life-changing for those who come through the company’s doors.

Pranav sees these people as members of his extended family; some have even slept on his floor because they had nowhere else to go. “To be honest, their stories are amazing,” he says from his base in London. “These guys change their numbers every month or so because they are scared of being tracked by their governments back home. I’ve got 10 or 15 numbers just for one individual … It’s a harsh reality, right, that these individuals are still being tracked from back home.”

The plight of refugees is a huge motivator to make the business a success. One of his new hires, an accountant from Iran, recently posted on LinkedIn that he just had his first pay day. Pranav was also sent a personal message thanking him for his friendship and support. “That’s something that keeps us going,” he says. 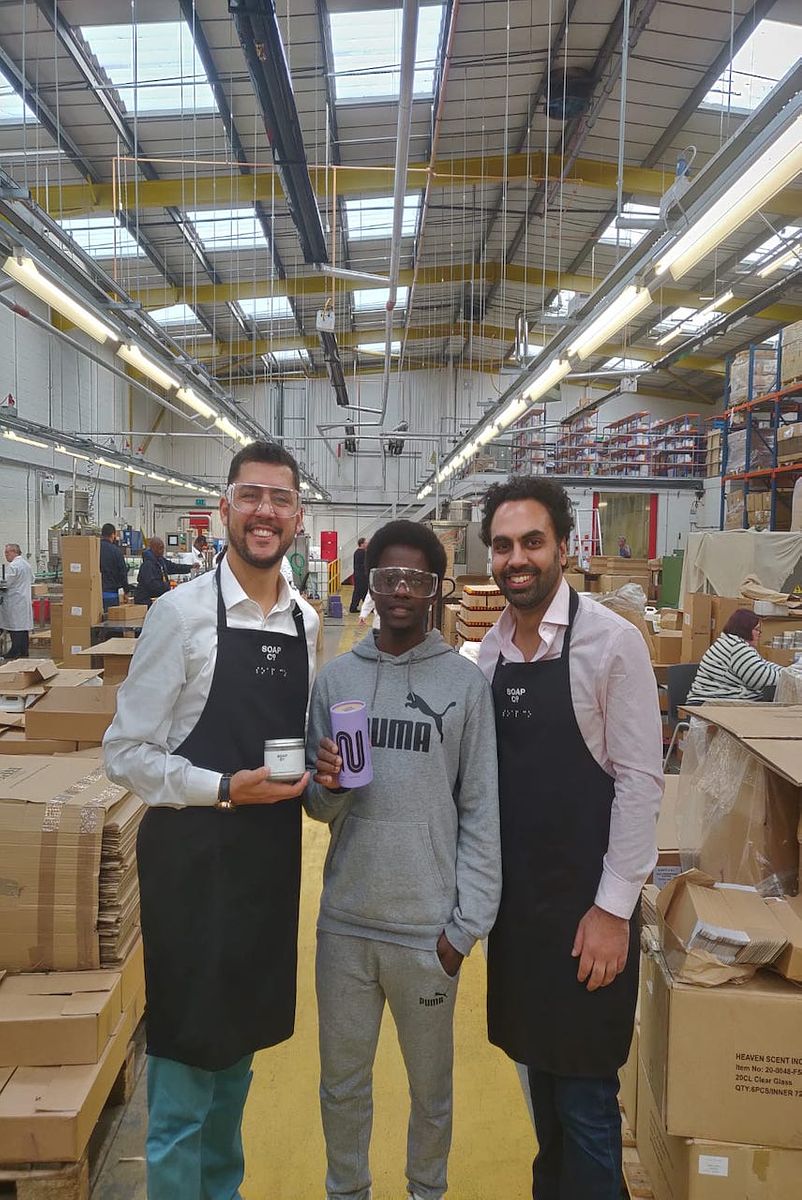 Pranav is currently excited because NEMI Teas is about to launch a standalone café in Angel, one of London’s busiest areas. It’s home to boutiques, restaurants, pubs and a steady stream of people. The idea is that this café will provide a concrete training ground for refugees, supported by employment and corporate partners with years of industry experience.

The café - which will hopefully launch in December - actually grew out of the pandemic. Overnight, NEMI Teas lost 90% of its business because of lockdowns announced in 2020. “It had a huge impact on us,” Pranav tells me,  “because we obviously directly employ refugees. It’s not like they work elsewhere.” As a result, the company had to furlough people. Their warehouse, based in central London, had to move outside the city because the lease became unaffordable.

To weather Covid-19, the company pivoted its business model from wholesale to retail. It’s easy to see why: cafés became increasingly popular places for people to visit before embarking on yet another endless walk around the city. Orders for NEMI Teas’ products went up. Today, the teas are stocked in various locations and sold online; they’re also suppliers to the likes of PwC and Ernst & Young. The latter has even opened three new offices in the UK. As companies resume some office-based work, Pranav feels optimistic that the company is getting back on track. 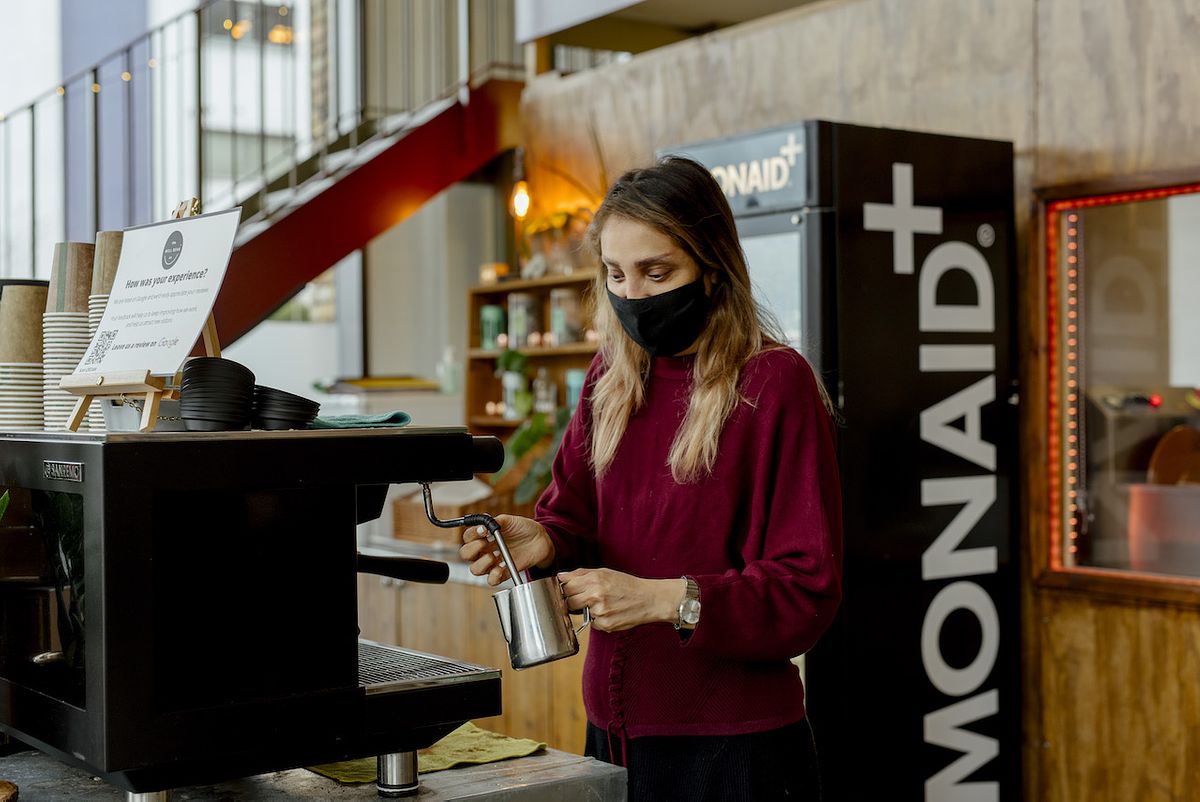 In what is rather a surprising outcome, the business has nearly doubled in the last year, thanks to the retail push.

“We’ve got a really good retail product but we always focused on the wholesale business because we needed scale to create impact,” the entrepreneur explains.

The strategy is simple, he adds: the more tea they sell, the more refugees they can employ.

Because the product is so important, NEMI Teas has partnered with some of the industry’s leading tea suppliers in the UK to produce original blends that are rainforest certified, Fairtrade and organic. The one that originally launched the business is their spicy chai, brewed from knowledge acquired through Pranav’s Indian background.

The founder explains that NEMI Teas is actually two businesses in one: it provides training opportunities and valuable, local experience for its employees; and it sells tea products to retail, wholesale and corporate clients. “We need to double up more than a traditional for-profit-making business because we are mission-driven and the only way we can do that is if we land bigger and bigger contracts.” With a small team of three, Pranav is sizing up the hotel industry next and is always pushing to land contracts with companies like Google. 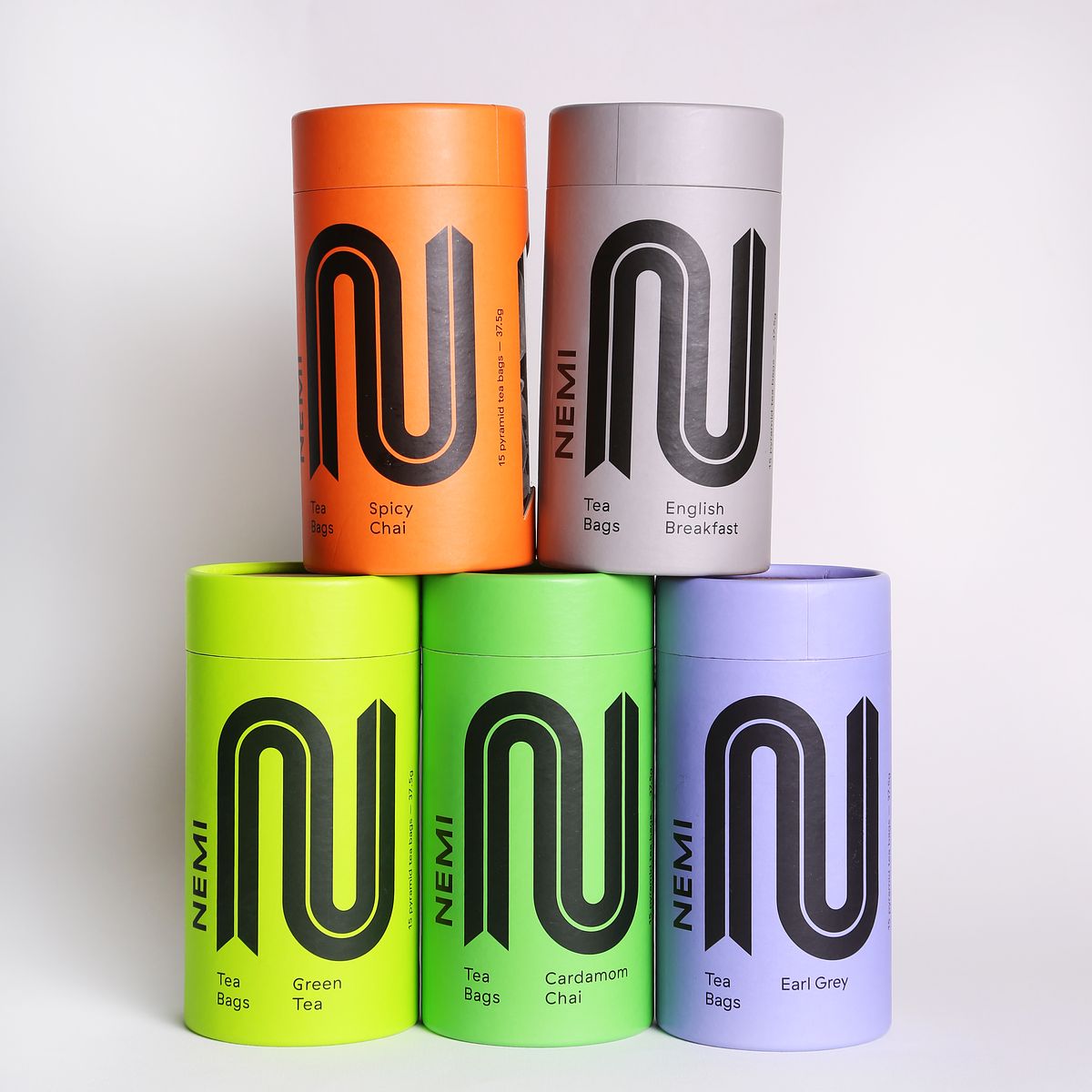 The refugee crisis in numbers

His ambition takes on extra significance when you learn some startling facts. The UN Refugee Agency estimates that at least 82 million people worldwide have been forced to flee their homes. Among them are about 26m refugees, half of whom are under the age of 18. There were approximately 132,000 refugees in the UK at the end of 2020, with 77,000 pending asylum cases. Refugees have a right to work in the UK but the unemployment rate is much higher than the general population. Unemployment in the country is around five percent, but in the refugee communities comes closer to 18%. As a result, Pranav has set some bold targets: to get 1200 refugees into employment by December 2026.

Yet the entrepreneur learned early on that his business pitch couldn’t simply focus on his mission to help those who’d fled their home countries. He recalls being at a festival and selling his teas next to similar stalls with a tagline that said “empowering refugees”. No one, he recalls, asked for a cup of tea because of his stated purpose. One person, however, donated £10 to the cause.

It proves, he tells me, that having a mission will not necessarily encourage people to buy from you unless you have an “amazing” product to back it up. He therefore further bolstered his pitch by talking about what the company is doing about sustainability. All of the tea bags have been plastic-free since the launch and the packaging is biodegradable. The final part of his pitch talks about the impact on his beneficiaries, which is what sets him apart from competitors: “At the end of the day we’ll put our hands up if we’re not making an impact.” 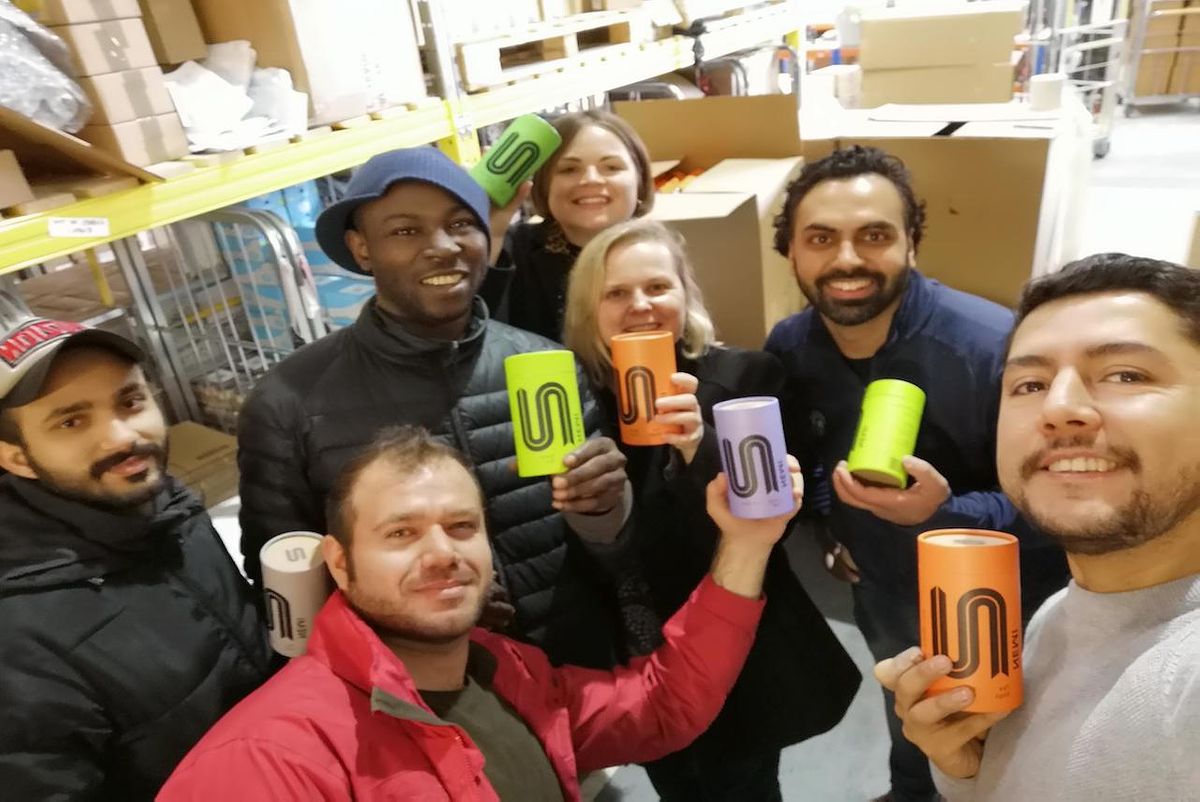 The challenge of investment

As any seasoned entrepreneur knows, investment can be hard to come by, no matter how good the pitch. “I think a lot of social enterprises are struggling,” observes Pranav, “but there is social investment out there, especially debt funding.” Grant funding, he adds, has dried up but there are loans available.

For NEMI Teas, finding more investment - a constant goal - is more about finding the perfect business partner. “If I wanted money I’d just go to a high street bank and get a loan,” the founder says. “It’s about the partner who will transform our business and take it to another level and that only comes through a network.” (On that note, if anyone reading this believes they could be a perfect partner for NEMI Teas, get in touch; I’d love to connect you.)

Investment is only one of the challenges of running a social enterprise which has NEMI Teas’ purpose. Another is negotiating a myriad of cultural differences. When one of the company’s employees started earning more than her husband, for example, she asked if her hours could be reduced. In her culture, it is considered taboo for a woman to earn more than her husband, putting her in a difficult position at home. Pranav says he occasionally wishes he was running “just another Twinings” but then he’d miss out on what has made the journey interesting. “It has been a fun ride,” he admits.

Today, NEMI Teas works with a charity called Groundwork, which helps to create strong and vibrant communities. Their London branch has a programme called Elevate, created specifically to provide training and find employment opportunities for refugees in the city. Another partner is the Hotel School. Based in Mayfair and connected to the well-established Goring Hotel, this programme teaches hospitality skills to homeless and vulnerable people. Both of these funnel some refugees through to the social enterprise for employment.

With the recent Afghanistan crisis, I ask whether there will be more refugees seeking employment in London eventually. “It will take time,” Pranav answers.

“They’re more than welcome to join us - we have an open hiring policy so it’s first come, first served.”

He adds that refugees are often placed in London last, after other metropolitan areas have been explored.  According to The Migration Observatory, the North East of England takes 17 times more resettled refugees and asylum seekers than the South East, where London is located.

It’s worth noting that the number of refugees in the country is small, a fact that can be overlooked. There are approximately 66m people living in the UK; 5600 were offered refugee status in 2019. In 2020, the UK ranked seventh among EU member states for the number of people to whom it offered protection, including resettled refugees and asylum seekers. Germany is first. 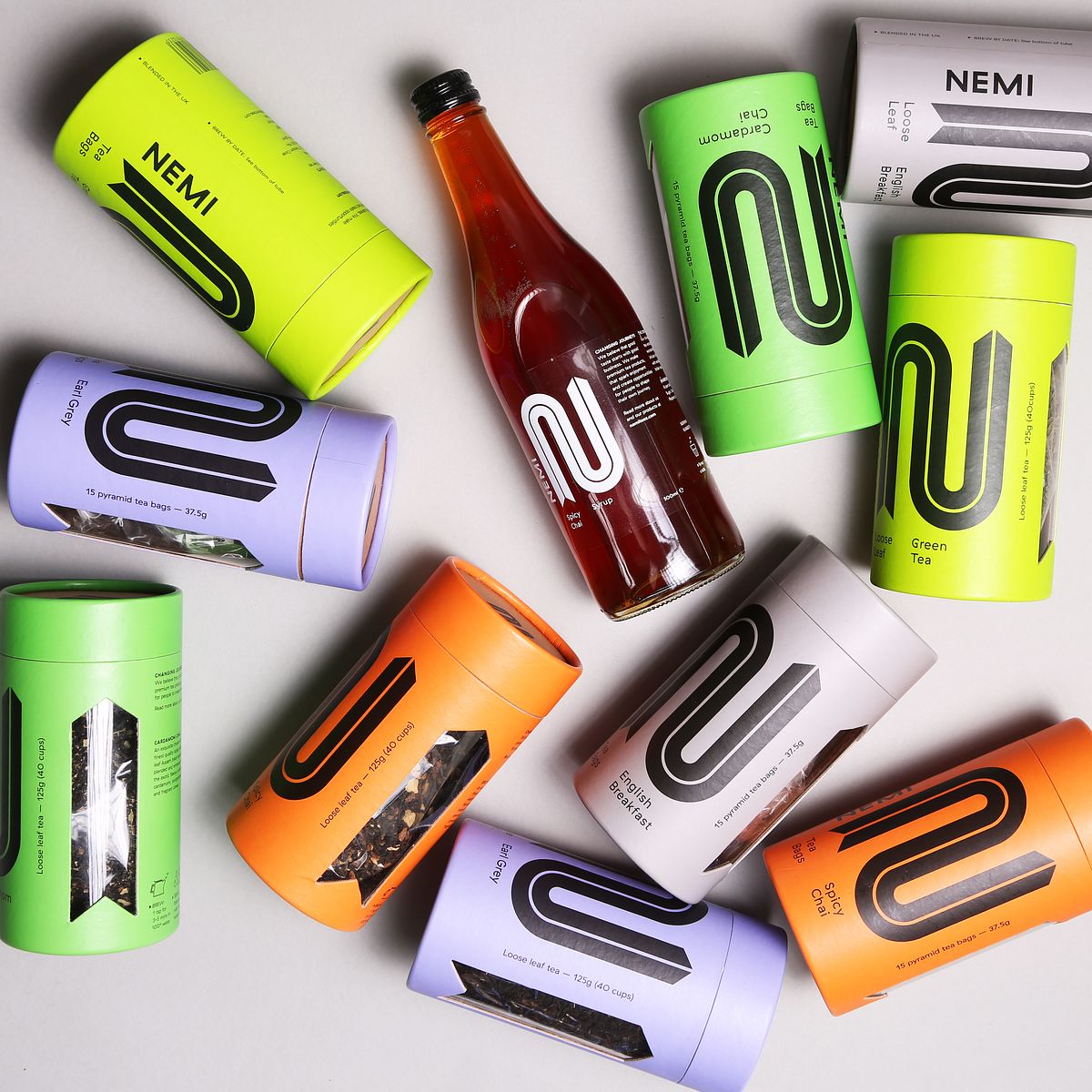 Pranav’s business journey has certainly been extraordinary and taught him plenty of things. One is that nothing tends to run smoothly when you’ve started a business. Resilience, therefore, is imperative. Another key learning is that an idea doesn’t have to be completely original and life-changing. He says too many entrepreneurs seem to be waiting around for the perfect idea to come along “At the end of the day,” he points out, “I sell tea and water. That’s what our business is and it started with just one tea stall.” He advises other entrepreneurs to just get started, even if the idea isn’t mind-blowing.

The tradeoff is that starting an enterprise such as this one comes at a personal cost. Pranav admits that he sometimes doesn’t know when to call it a day because it’s his business and people are relying on him. He’s hoping the launch of the café will create a structured training programme that will tick along in the background and create jobs he wouldn’t otherwise have. The entrepreneur uses the café as an example of why CEOs and founders need to be flexible, as it wasn’t part of his original plans and only emerged because of Covid. As long as your core ethos stays the same, the business can pivot, Pranav argues.

I return to the journalist from Sudan. Whatever happened to him? He eventually started doing some of the photography for NEMI Teas, the founder explains, and then writing for its blog. An Arabic newspaper took some interest and that led to a contract gig. “I love sharing that,” Pranav says, “because that was the guy who sat next to me round a dinner table; now he’s completely changed my life.” 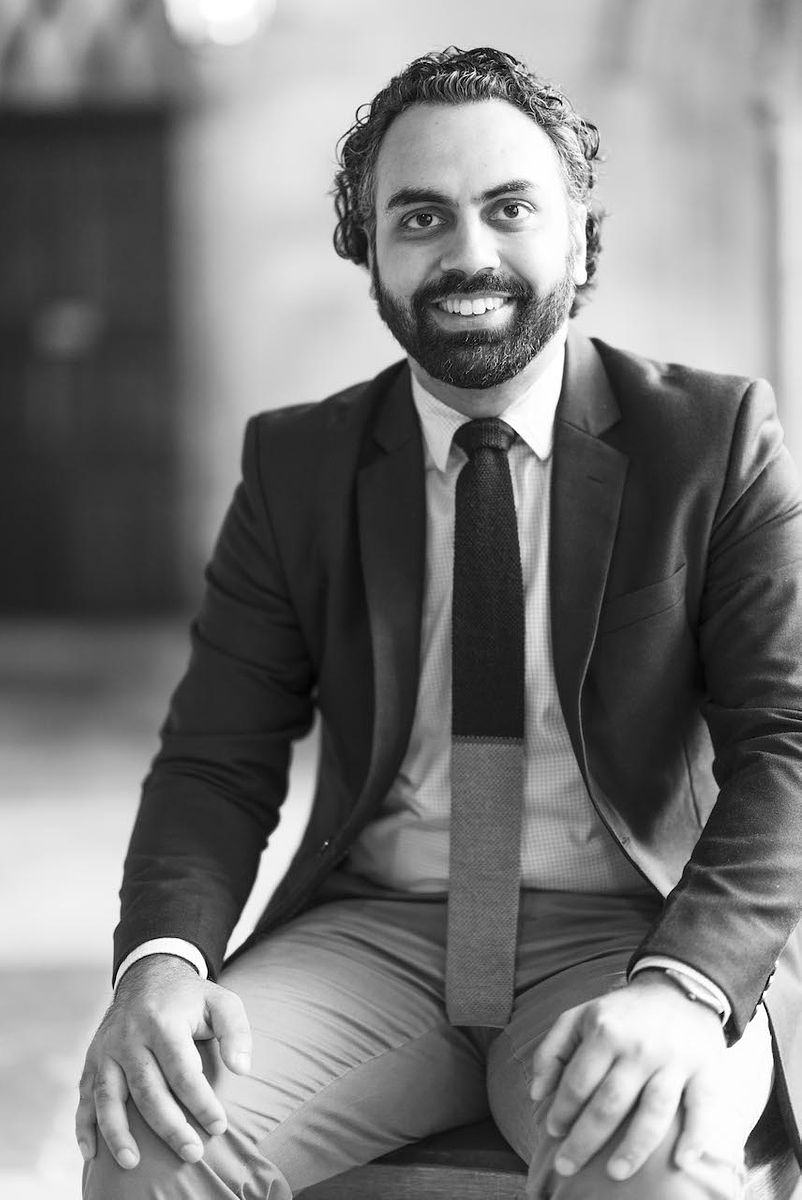 Pranav Chopra is the founder and CEO of NEMI Teas, a London-based social enterprise empowering refugees through training and leadership opportunities in the tea industry.