If you bet on energy, you get results in sanitation, nutrition, education and many other areas. Renewable energy entrepreneur and off-grid power systems expert, Claudio Pedretti, explains the positive impacts of renewable energy for off-grid rural communities.

Motivated by an ambition to positively influence the lives of others, Claudio Pedretti has been setting up businesses to effectively deploy renewable energy since 2012. He has both the credentials and the drive to make this ambition a reality.

From his home in Florence, Italy, Claudio talks passionately about the life-changing impact the delivery of energy can have. He believes the work he is doing is contributing to the progression of society, in more ways than you might think. 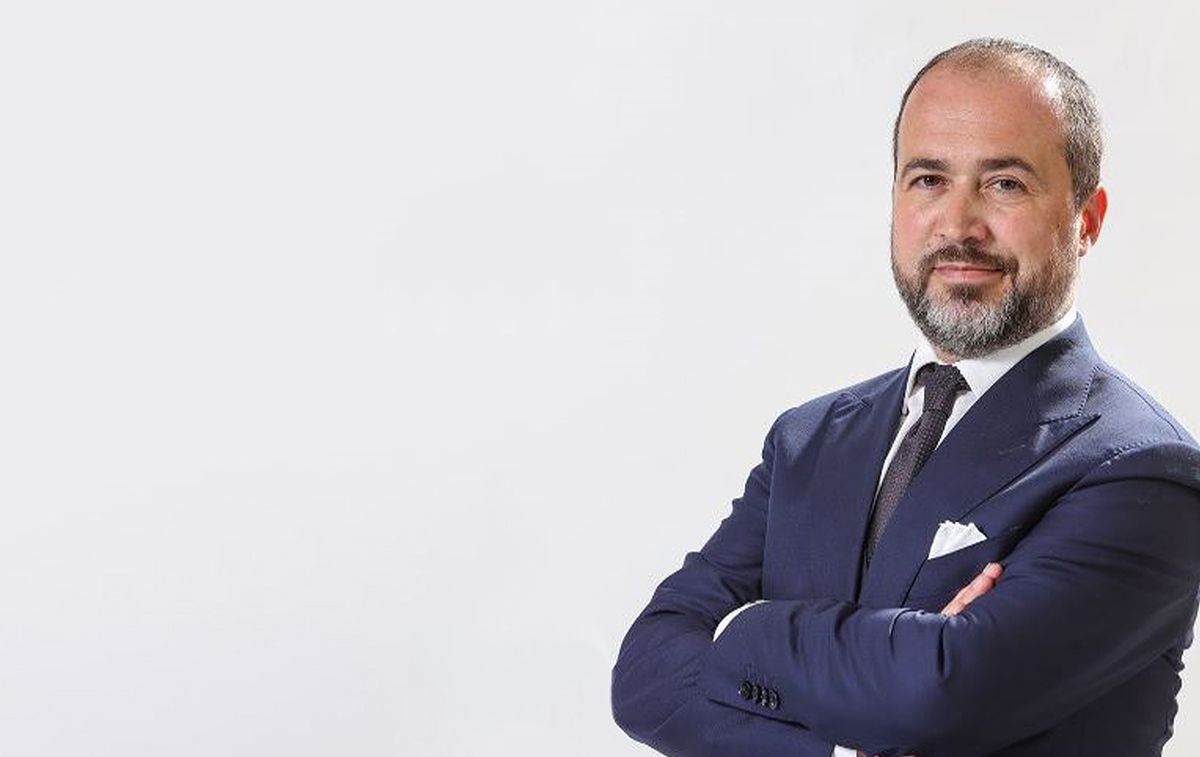 The multiplying effect that clean power offers to off-grid, rural communities is profound. By way of example, in rural Africa, the introduction of a reliable energy source creates a shift in nutrition, health, agriculture and education. Energy can be utilised to provide access to water, make that water drinkable or use it for irrigation. It powers fridges to store perishables, as well as medicines and vaccines. It is used to light schools, houses, laboratories, delivery rooms in hospitals. In these scenarios, energy works as a powerful facilitator.

Starting his career as an engineer in the healthcare industry, Claudio worked developing and managing patient-first cancer treatments. He had always been interested in taking care of the planet, but this had initially manifested as supporting human health.

His drive to deliver renewable, off-grid energy provision developed over several years, and grew into a strong environmental standpoint. When he realised he could help both people and the planet, he studied clean energy solutions. While still working for a healthcare organisation, he founded his first company Windkinetic, designing and manufacturing off-grid power systems.

One of his first customers was using a diesel generator to power an off-grid acquisition system. The trouble with diesel generators, aside from their negative environmental impact, is that they often experience faults. Claudio needed a new solution; how to power these systems in a place with no power, and no grid at all? He had never worked with off-grid power sources before, yet decided to replace the diesel generation with solar power and storage. 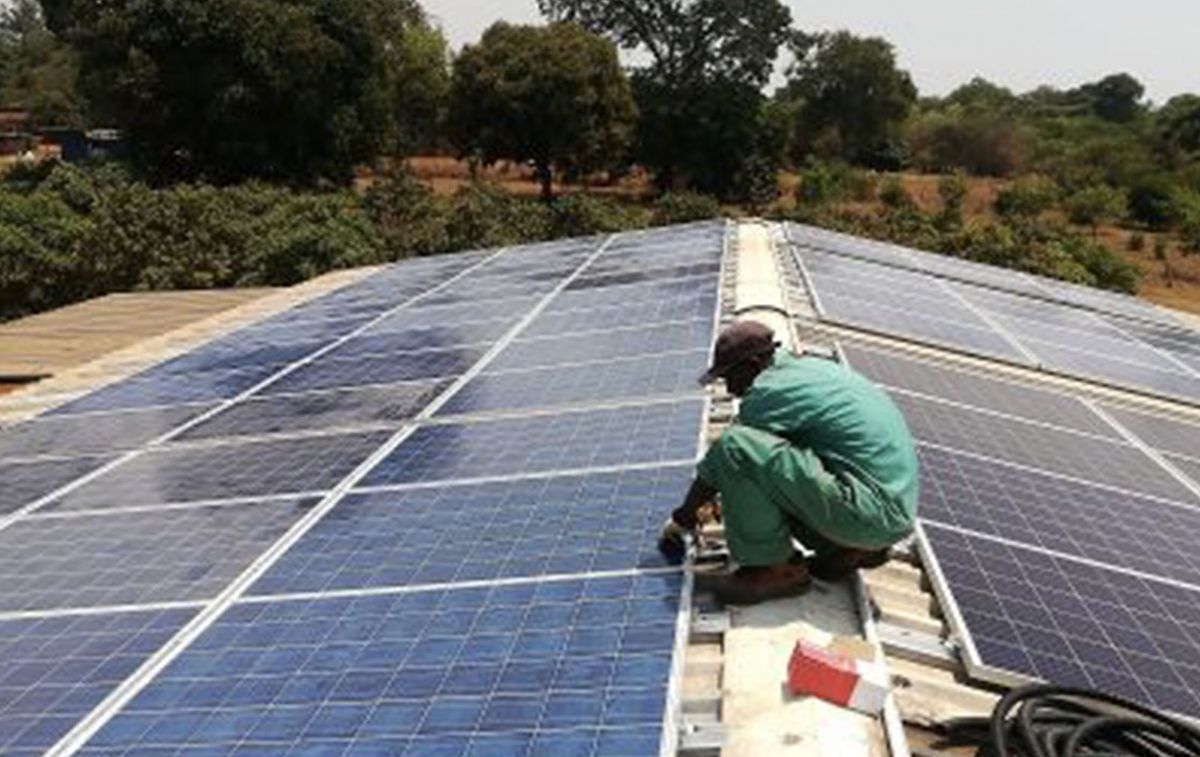 The result? A less complicated, more efficient and cost-effective solution to provide power to these systems.

After that, Claudio made the move to focus full time on green energy. He tells Invest for Good, "As an entrepreneur, you are making a positive impact by creating jobs, but working with the deployment of energy takes that impact to another level.”

Alongside the environmental benefits of reducing the use of fossil fuels and cutting carbon emissions, Claudio witnessed first-hand the effect clean energy has on people's lives. He describes a project he implemented with Windkinetic for an Italian NGO in Ndola, Zambia.

The brief was to design and build a mini-grid for a farm run by the Cicetekelo Youth Project, which supports street children and those living in hardship. The farm employs former street children with livestock and agricultural projects and a successful gelato factory, selling Italian ice cream to 15 shops across Zambia. At Ndola, the power can be out for as much as 15 hours a day.

"You can imagine the issue with the gelato!" Claudio exclaims. 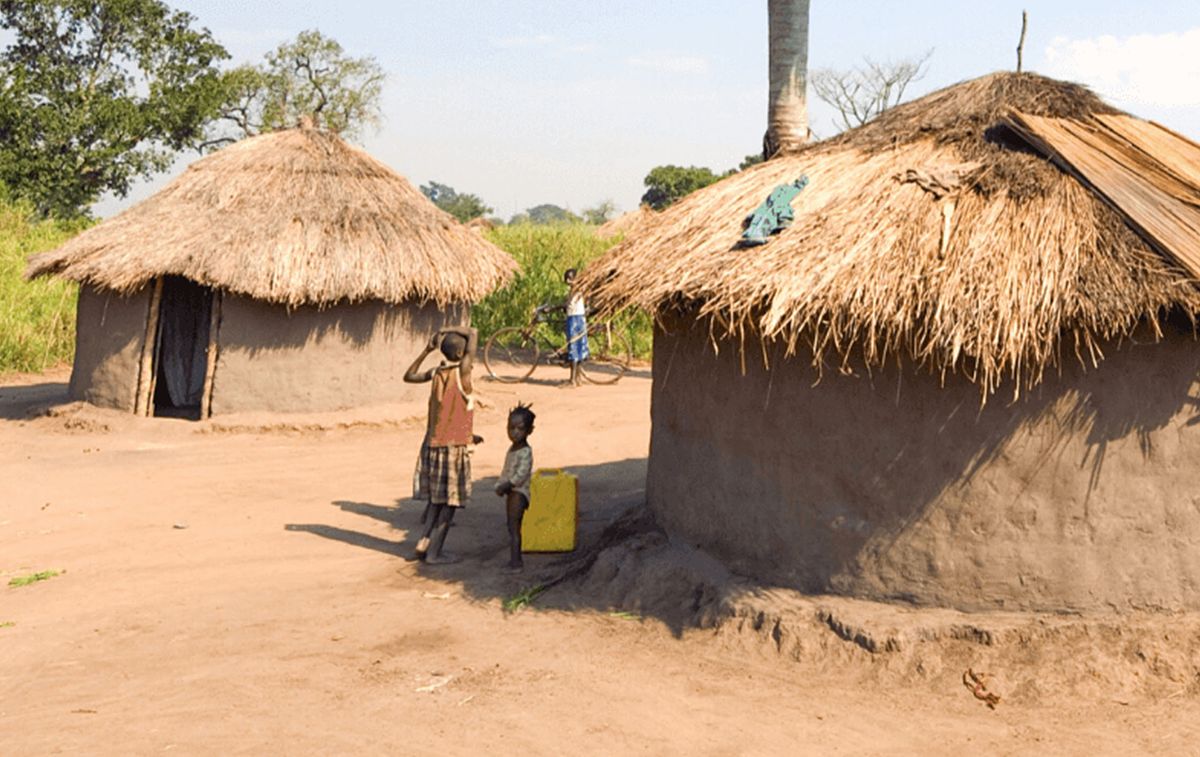 Providing a solar mini-grid allowed the gelato factory to carry on working with clean, reliable electricity and negated the need for expensive diesel generation.

Rightly so, Claudio is very proud of this project.

At its core, Windkinetic is a technology company, providing hardware to project developers in need of solutions. To support his vision and to expand the reach of off-grid power, Claudio founded a second company, NexuS Energy in 2019.

Assessing the demand for electrical energy by scoping out businesses and economic activity, it sells electricity and services to the population as a utility. Telephone cell towers providing mobile coverage and artisanal businesses are often some of the first customers, alongside private houses.

NexuS projects are funded by international grants and also by impact investing. Clean energy is important to impact investors, for the same reason it matters to Claudio: delivering energy delivers results in many other areas too.

The projects Claudio has worked on have an amazing social return as well as providing a financial return.

Alongside his own companies, Claudio was recently appointed president of the Alliance for Rural Electrification (ARE). This international business association shares his goal of promoting a sustainable, decentralised, renewable energy industry.

Members of ARE range from small start-ups to big corporations such as Schneider Electric and General Electric. Claudio's role is to maintain relationships with international stakeholders and governments, and coordinate the work of the board who establish ARE's policies and set strategic goals and objectives.

ARE's overall vision is that by 2030, everyone in the world, and in particular all rural people in low-and medium-income countries, should have access to affordable, secure and clean energy and energy services. While it is an ambitious target, many of the obstacles that stood in the way as recently as three or four years ago are falling, making off-grid renewable energy a more appealing prospect for investors.

Several African countries, including Nigeria and Zambia, are putting stable regulatory frameworks in place for access to energy, which helps safeguard investments. Grants also play a vital part in shouldering some of the initial risk.

There is more support from Community Developing Finance Institutions (CDFIs) in Africa, the Caribbean and Asia. When a government puts a programme for rural electrification in place, there is often a grant or subsidy available. That means if you need €100,000 of CapEx to start the project, you can usually access 50% of this with a grant. It feels much safer for investors, knowing that others cover at least half of the risk.

While the future is looking bright, there is still a long way to go to reach ARE's target of clean energy across the board in the next ten years.

"With 800 million people in the world who have no access to energy, there is a lot of work to do."

Despite the sizeable challenge, he is optimistic about the impact that can be made by the alliance and through his own endeavours. He remains focussed on developing NexuS and raising capital to realise as many projects as possible.

As for whether ubiquitous energy is achievable, given the size and permanence of many of the corporations who are members of ARE, Claudio gives a confident yes.

Claudio Pedretti is a renewable energy entrepreneur. You can find out more about his work to defeat energy poverty by connecting on LinkedIn.