Big, intractable social problems require innovative solutions. More and more nonprofits are applying financial strategies from the for-profit sector to supercharge their missions. Upaya Social Ventures is one of them. The organisation dedicated to ending extreme poverty in India has developed a new approach to achieve greater social impact.

Kate Cochran, Upaya’s CEO, calls it a “non-profit flavoured fund”, pooling together $1m in recoverable grants from six different foundations. The capital is drawn down over five years and if the portfolio does well, then Upaya will repay the grants plus a principal of 5% at the end of about 10 years.

It gives philanthropists the option to redeploy their capital for multiplied impact if those initial investments prove successful. There is of course no guarantee that those who participate in the pool will get their money back, but the trajectory is headed upwards.

“This isn’t a subsidy model,” Kate tells me from her base in Seattle. “This is about getting catalytic capital in place, which is then able to create a sustainable business that continues to create impact without inserting new capital.”

Upaya’s approach of pooling recoverable grants has won them recognition from Fast Company as a world-changing idea. 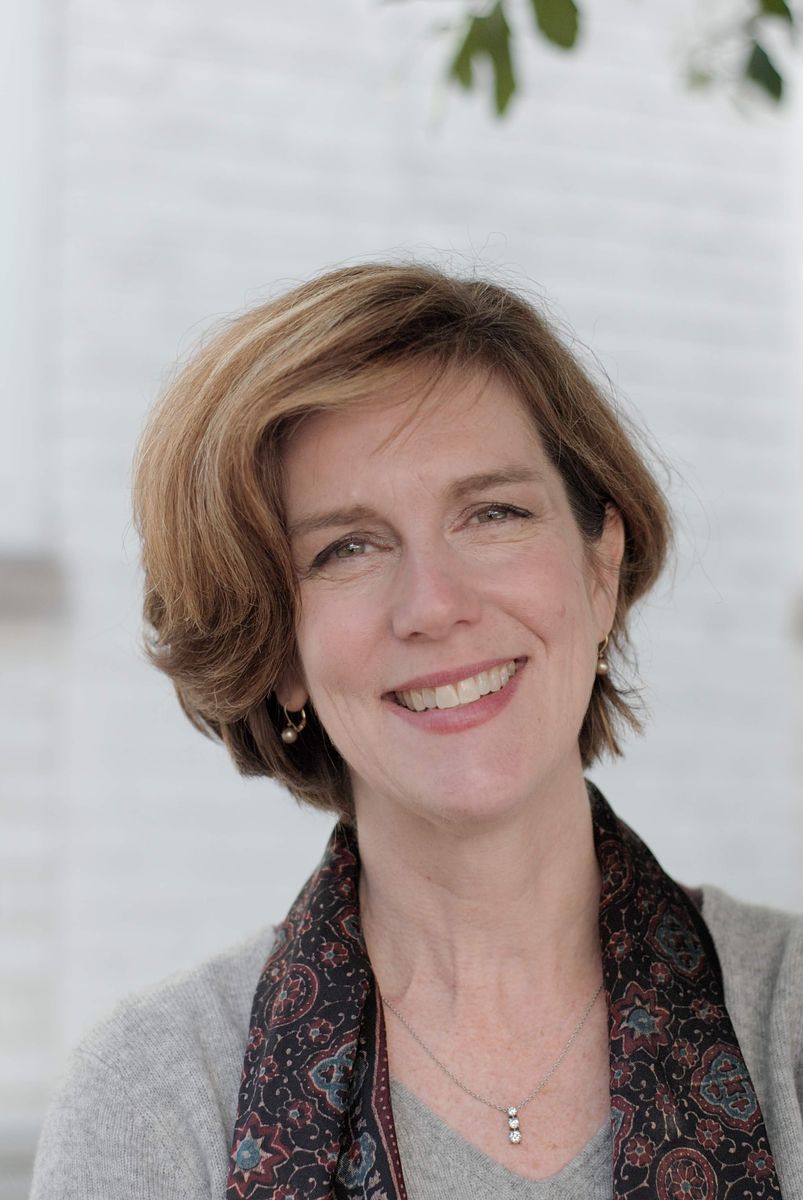 This approach makes Upaya both an investor and a nonprofit that receives donations to fund some of its work. This blended-sector technique is yet one more tool to be deployed in the fight to end poverty, but Kate is cautious not to call anything a silver bullet solution. After all, it’s a complicated problem and the challenge is enormous: there are over 700m people worldwide living in extreme poverty, with one-third of them in India.

Upaya’s vision is not to give vulnerable people a handout but to give them opportunity through a sustainable, reliable job that lifts them out of poverty. This creates agency, enabling people to take control of their own lives. As the CEO herself observes: “There’s inherent dignity in giving decision-making power to the individual.”

So, how does Upaya exactly do this? It identifies early-stage businesses that exist in a middle ground: these are too small or risky for commercial banks or venture capitalists but yet are too big for traditional microfinance. Upaya will take on more financial risk in its portfolio if it can see a straight line to impact.

The organisation particularly looks for entrepreneurs creating economic opportunities in rural areas, where opportunity can be scarce. It invests in these companies and provides mentorship, consulting and support, making it more likely that these businesses will be viable.

“Some things might not go the way we hope,” concedes the CEO, “but we’ll take chances on entrepreneurs that others will not and we think that’s the right way to think about it as a firmly impact-first investor.”

The support is more intensive in the first 18 months and becomes more reactive as the company matures. Upaya is a patient investor, only seeking an exit after several years or when an entrepreneur is ready.

Upaya’s north star is always job creation. The nonprofit’s current goal is to create 50,000 jobs in India by the end of 2022. It’s an ambitious figure, given the pressures of Covid and a stumbling economy. Currently, Upaya is about halfway there but it’s intentionally not walking away from its goal. When you’re working on a 700-million person problem, Kate says, it’s imperative to think in terms of big numbers. “I’m not certain we’re going to get there, but I feel like it’s the right thing to be running toward.”

A team in Bangalore helps scout potential companies to invest in, and Upaya started an accelerator programme back in 2017. It has since helped identify numerous companies with which to partner. In 2022, the accelerator programme is joining forces with Yunus Social Business, a fund and social innovator, to provide training over five months for those who are successful applicants. Upaya will also select up to three businesses for investment of $50,000.

Agribusiness makes up a large part of Upaya’s portfolio, as it’s a huge part of India’s economy. According to some estimates, agricultural exports in India are likely to reach $60bn by 2022 and it’s the livelihood for about 58% of the country’s population. The nonprofit also invests in companies that work with clusters of artisans. These companies will sell on high-quality products to retailers and provide the artisans with stable and reliable work.

Upaya believes that extremely poor people need a reliable relationship with a company in order to make a meaningful transformation in their circumstances. Most, Kate argues, are too vulnerable to take on the risk associated with freelance-type work. It’s one of the organisation’s aims to help those employed earn 50% more than they were earning before. 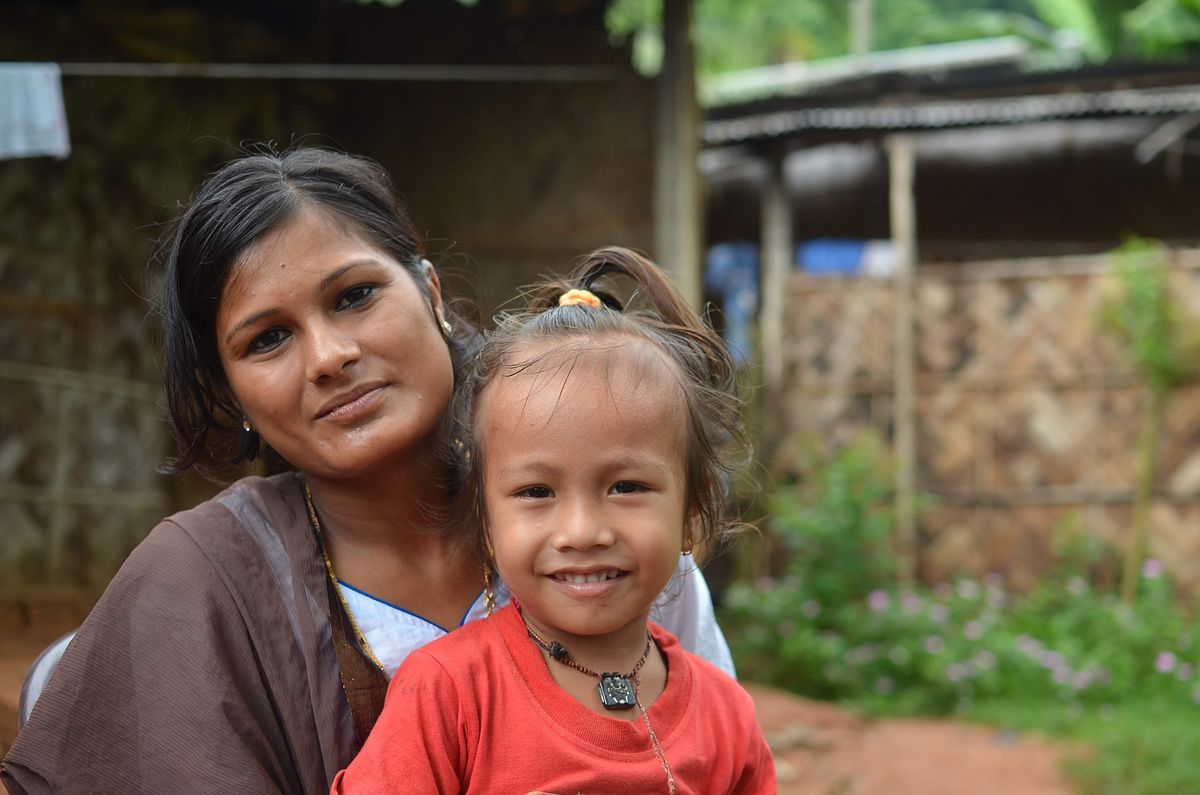 One of the most successful investments in its portfolio is a waste management company that started in Bangalore but is now pan-India, working on large corporate campuses with the likes of Amazon and Microsoft. They now employ hundreds of people and are doing well from both an impact and financial perspective.

However, it’s the personal stories that often resonate most. Kate remembers a woman working for a company that Upaya had invested in several years ago. Maitri trains and places domestic workers in India and has strict procedures in place to protect them. This woman had been abused by her husband and had a young son. Without skills, her options were extremely limited.

She eventually found Maitri and was able to save enough money to leave her husband and carve out her own life.

“To me, that is the essence of what we do. It is about giving people agency, dignity and just the ability to control their own lives,” says Kate.

While Upaya does not have a gender bias, it does seek a gender-balanced portfolio and will make a concerted effort to find female founders. Research shows that female founders will only receive about 11% of seed financing, despite evidence that women-led businesses provide better returns for investors. “We do buy into the theory that women hire other women,” Kate tells me, “and will provide for families in a way that has more impact on poverty.”

It’s a theory that is not unique to Upaya. When I spoke to an entrepreneur in India looking to revolutionise the insurance market for the poor, he told me the same thing. It was one of the reasons he overwhelmingly employed women for key positions in his team. 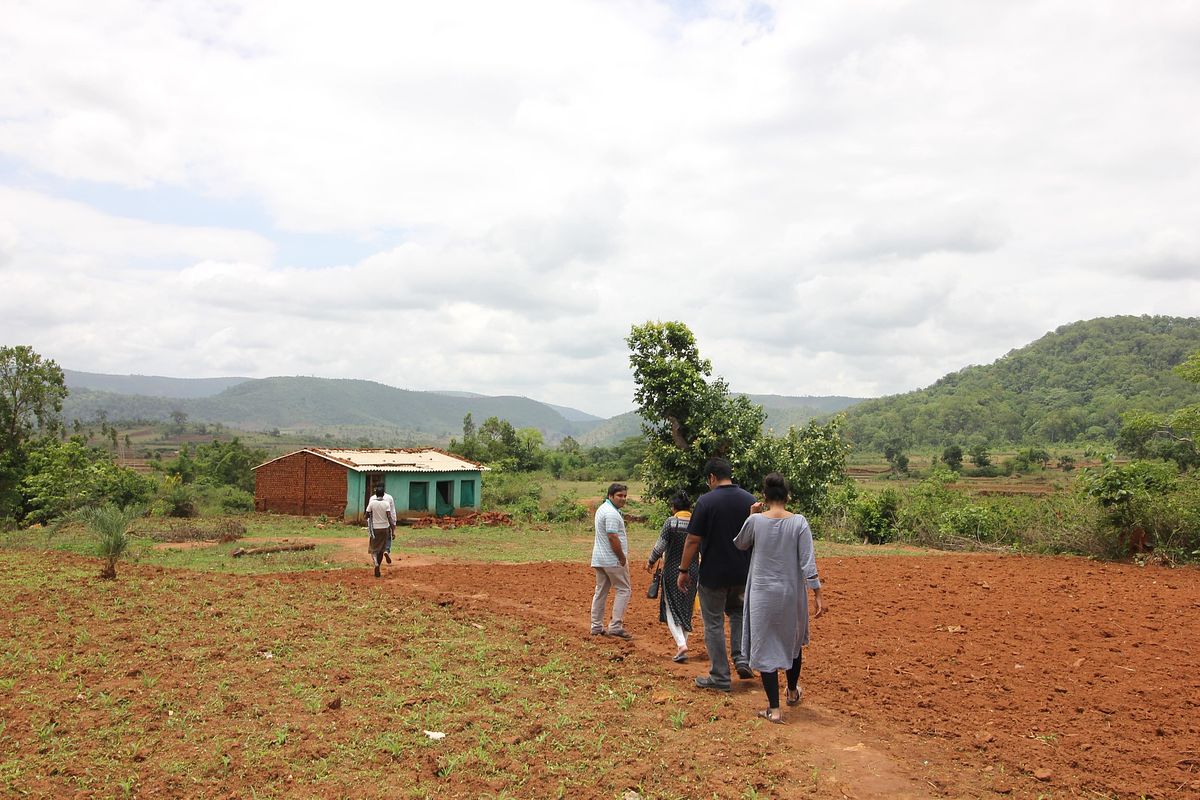 The power of data

Ultimately, Upaya relies on data to make decisions and has very clear metrics to work out its impact. The organisation conducts in-depth interviews with job holders, and every company in its portfolio must sign up to this. These interviews are designed to assess the income stream created, how dignified the job is, and how the income is improving lives. This information is fed back to the entrepreneurs at the helm of the companies.

Transparency is key. Upaya’s impact is available on its website and is continually updated. Since its founding in 2011, it has invested nearly $1m in 28 partner companies, creating about 25,000 jobs across India. Moreover, the partner companies have a cumulative revenue of nearly $25m. Every job holder survey is uploaded to the website too.

The latest survey assessed how Covid-19 has affected the poor in India. As you’d expect, a majority have found the period difficult, but nearly 70% said they were able to continue earning some money throughout the pandemic. However, the second wave of lockdowns was devastating for many. For the first time in Upaya’s history, the nonprofit raised emergency grants totalling $50,000 and distributed it to companies in their portfolio within two weeks. “The length of this crisis has really taken a vulnerable population and stretched them beyond what it’s reasonable to expect,” the CEO observes. 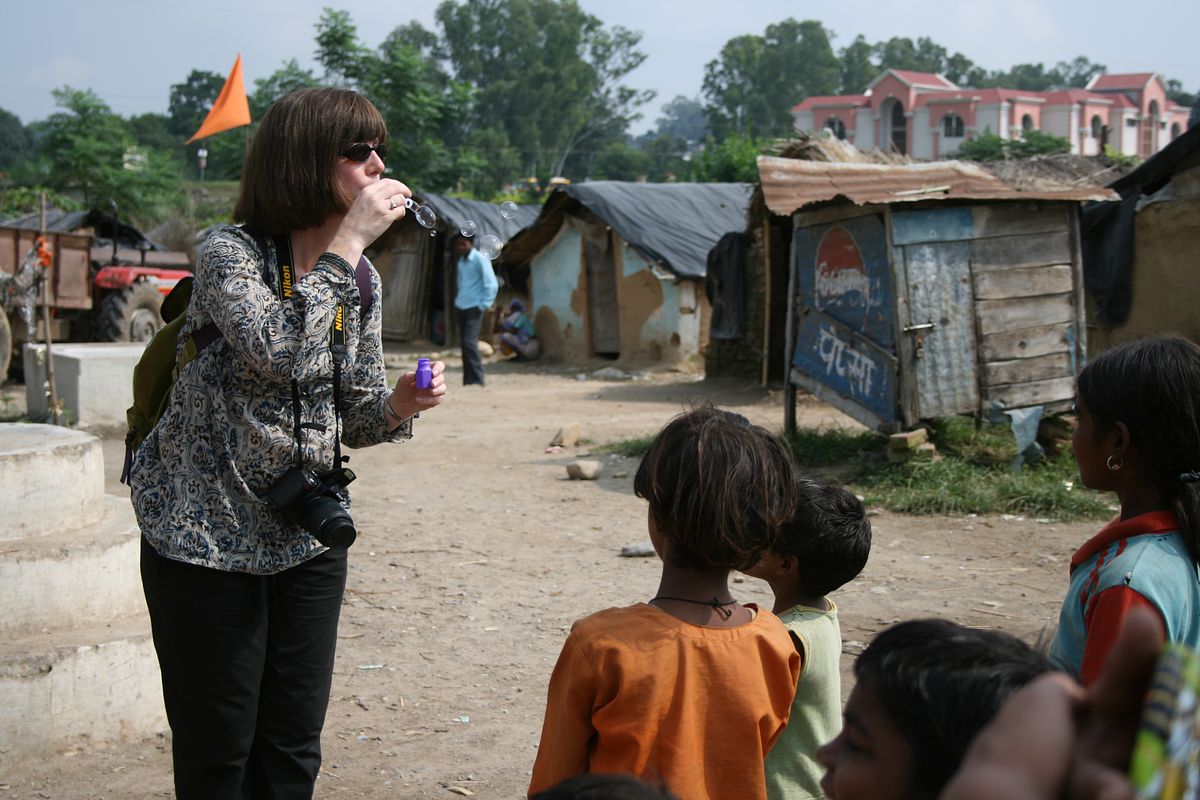 These are some of the reasons Upaya exists - to help the poorest at a time when it’s hard to help themselves. The founders were working in microfinance when they had what you could call their lightbulb moment. While they saw microfinance as a powerful solution for some of the world’s poor, they also recognised that there was both a ceiling and a floor. Most of the loans were incredibly small, maxing out at around $1,000 and preventing ambitious entrepreneurs from being able to scale. It also had a floor, screening out the poorest of the poor because of the risk; those subsisting on less than $2 a day.

What they concluded is that reliable, stable jobs would be more effective in fighting extreme poverty than traditional handouts or loans. From this simple insight, Upaya Social Ventures was born. Kate was initially sceptical that Upaya could build a profitable portfolio out of entrepreneurs creating jobs for the poorest in society. “They really pushed the boulder up the hill and found the entrepreneurs and proved something that hadn’t been proved before,” she now believes.

Kate, who was also working in microfinance, was first tapped by the board to help find a CEO and fell in love with the job herself. As Kate points out, she gets to work with extremely smart people who choose to focus on impact when they have so many other opportunities. “It is really a wonderful way to spend your career, surrounded by those kinds of people.”

There is optimism in Kate’s outlook and it’s partly a shift in mentality. Previously, she explains, she was the type of person who thought that the poor needed handouts. Today, she believes the poor just need opportunity. When she thinks about her job as a way of unlocking opportunities for those less fortunate than us, she feels that the problem is more solvable.

“These people have a lot of resourcefulness and a lot of will to take control of their own lives and they’re just waiting for someone to give them a chance,” she tells me. “All of that does give me a lot more optimism.”

She asks those with some financial resources to think of themselves not only as philanthropists but also as investors. Pointing to Upaya’s blended-sector approach, the CEO says, “The more mainstream we can make this, the more capital we can bring to all of these issues, and I think that is really going to be the way that we have impact on these big challenges facing the world.” 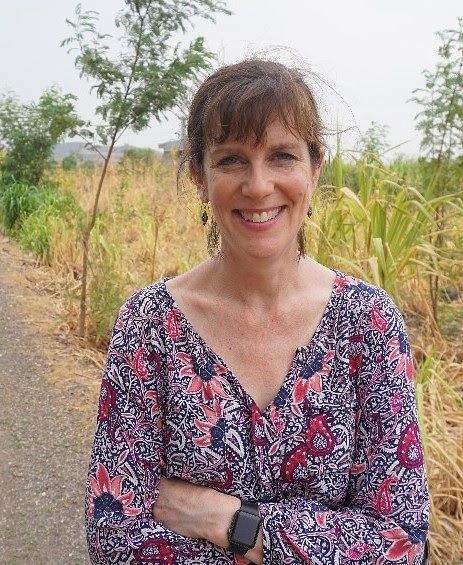 Kate Cochran is the CEO of Upaya Social Ventures, an organisation dedicated to ending extreme poverty in India through job creation.